‘It was in my first year at Oxford that I decided that I wanted to become a Muslim saint.’

This the first line of Robert Irwin’s remarkable memoir of the 1960s. He wrote it, he says, ‘to give my youth a retrospective artistic shape… But I also wanted to give an account of Sufism from the inside, as well as instructing readers of the basic elements of Islam and the difficulties a Western convert is likely to face…I also wanted to shed some light of on the occult and mystical aspects of the counterculture, as well as some of the ludicrous aspects of the hippy sixties.’

In an article for The Guardian  on his Top 10 quest narratives, he wrote:

"My own quest began in the 1960s when I travelled out from the home counties in search of the meaning of life and self-knowledge. I hitchhiked across North Africa and in a zawiya (a kind of Sufi monastery) in Algeria I saw miraculous things and experienced ecstasy, but, though the books listed below are narratives of successful quests, my own Memoirs of a Dervish is uniquely an account of ultimate spiritual failure."

Irwin’s picture of his younger self is less than flattering. For much of the narrative he appears out of his mind. An outsider, obviously fiercely intelligent but disturbed, he explores a myriad of mystical beliefs, samples a variety of drugs, has love affairs and pursues his spiritual quest. Hs experiences in Algeria are intense and his account of those days is very valuable.

Algeria at that time was still experiencing turmoil after the  "Algerian Revolution" which, according to Wikipedia, was ‘a conflict between France and Algerian independence movements from 1954 to 1962, which led to Algeria's gaining its independence from France. An important decolonization war, it was a complex conflict characterized by guerrilla warfare, maquis fighting, terrorism against civilians, the use of torture on both sides, and counter-terrorism operations by the French Army. The conflict was also a civil war between loyalist Algerian Muslims who believed in a French Algeria and their insurrectionist Algerian counterparts.’ 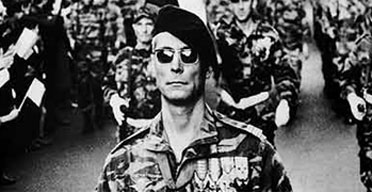 Irwin refers to the truly amazing  and prescient film ‘The Battle of Algiers’ by Gillo Pontecorvo, one of the greatest drama documentaries ever made, which captures this bitter and bloody struggle in all its terrifying reality. Read Ian Jack’s piece ‘Back to The Future’

In retrospect, the Algerian war was the first conflict of modern times between Islam and the West. Algeria remains one of the few Arab countries that has not become part of the Arab Spring. 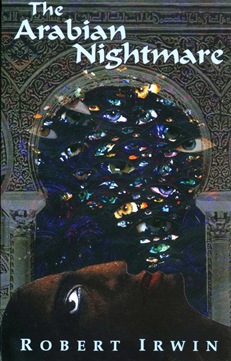 ‘Memoirs of A Dervish is a must read. I followed this immediately with one of Irwin’s six novels ‘ The Arabian Nightmare’ which is a wonderfully evoked complex orientalist tale-within-a-tale about Balian of Norwich, trapped in the labyrinth of Cairo and in his own dark nightmares. Here we meet Fatima the Deadly, the Father of Cats, the Laughing Dervishes and the leper knights to name just a few of the strange and exotic characters. Its wonderful and haunting story which bears comparison to ‘Samarkand’ See Previous Post: Cult Books: Amin Maalouf]

Looking forward to tackling more of Irwin’s other fiction works as well as well as his non-fiction, which include ‘Night and Horses and the Desert: The Penguin Anthology of Classical Arabic Literature ‘

Irwin lectures on Arabic and Middle Eastern history at the Universities of London, Cambridge and Oxford, and is the Middle East editor for the Times Literary Supplement.