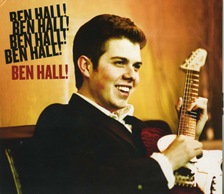 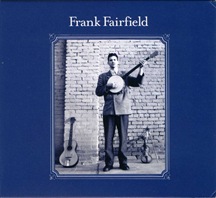 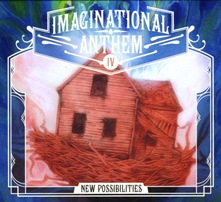 Following a Previous Post [Out and About: Michael Chapman and William Tyler], both recording artists on the Tompkins Square label, The Generalist received an e-mail from the label’s founder Josh Rosenthal, who talks/writes about the hows and whys of founding the label, initially inspired by a certain number of key guitarists including John Fahey and Robbie Basho, who were creating a new kind of instrumental music which linked ‘primitive’ blues sounds with a kind of New Folk that sounded fresh and inspired, strange and wonderful. In our current time, it is a music that many young players are drawing on.

To create such a label is a considerable achievement and Tompkins Square is stuffed with interesting sounds. Josh was good enough to send me four for review:

- the aforementioned William Tyler’s ‘Behold the Spirit’ (full description in earlier post) which is atmospheric and unexpected, an exploration of sonic possibilities, from a third generation Nashville guitarist.

Frank Fairfield’s eponymous debut. Greil Marcus describes him thus: “A young Californian who sings and plays as someone who’s crawled out of the Virginia mountains carrying familiar songs that in his hands sound forgotten: broken lines, a dissonant drone, the fiddle or the banjo all percussion, every rising moment louder than the one before it.” He’s on tour in US and Europe promoting his new album ‘Out On the Open West.’

Ben Hall’s  first album is full of guitar tunes heavily influenced by his heroes Merle Travis and Chet Atkins. According to his official bio ‘in 2005 he won the National and International Thumbstyle Guitar contests as well as the Horizon Award from the National Thumbpicker’s Hall of Fame.’ In other words, he’s pretty nifty.

Imaginational Anthem 4: a wonderful compilation of mainly young players headed by an awesome first track by Chris Forsyth. An ideal taster of what Tomkins Square has to offer.

Josh tells me that he started the label after 15 years at Sony Music and is really enjoying it.  He writes ’I lived on Tompkins Square Park for 15 years. Great tradition of radicalism going back to the mid 1800’s in there. But just a wonderful square acre in the E Village where I spent a lot of time with my kinds etc.’

This is a label that deserves your attention and support.