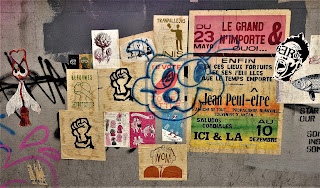 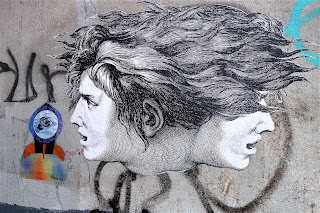 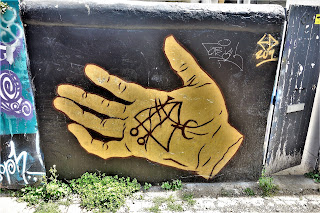 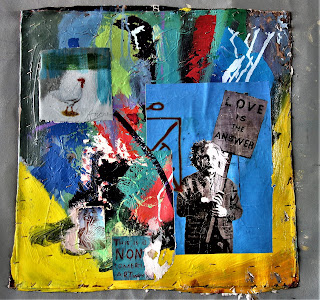 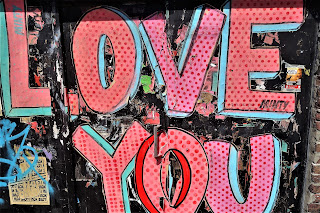 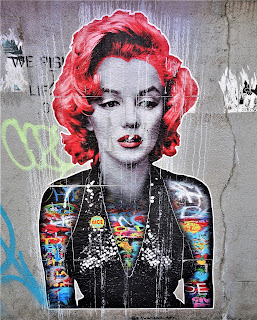 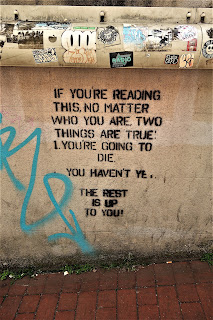 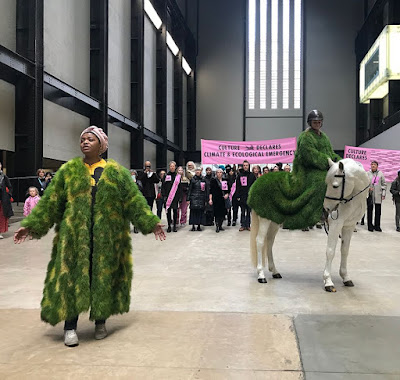 A part of the Extinction Rebellion protests in London which received less mainstream coverage was the launch of CULTURE DECLARES EMERGENCY aimed at rallying individuals and organisations in the UK's cultural sector. The horse and rider led a procession from Somerset House to Waterloo Bridge and the Southbank Centre where readings and declarations were made before moving on to the Tate Modern's Turbine Hall pictured here. Both the rider and the poet and performer Zena Edwards were wearing living grass coats made by the artists Ackroyd and Harvey. You can sign up to enlist here. See also fuller account on this Museums Association site. 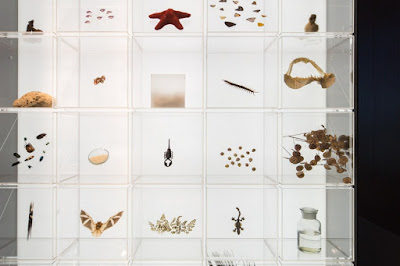 Reliquaries, Paola Bay and Armando Bruno. 2018,
A handful of soil, a drop of pure water, a starfish. The glass case protects and presents them as they were reliquaries for a future time in which they’ll possibly be seen as rare, precious things.

In Italy, the XXII Triennale di Milano [open to September 1st] features 'Broken Nature: Design Takes on Human Survival' which highlights the concept of 'restorative design' as a force for positive change. The curator Paola Antonelli has selected more than 100 projects, experiments and products that provide “efficient and non-predatory solutions” capable of healing the fractures between humans and the natural enviornment.

'In exploring architecture and design objects and concepts at all scales and in all materials, Broken Nature celebrates design’s ability to offer powerful insights into the key issues of our age and promotes the importance of creative practices in surveying our species’ bonds with the complex systems in the world'

Even to those who believe that the human species is inevitably going to become extinct at some point in the (near? far?) future, design presents the means to plan a more elegant ending. It can ensure that the next dominant species will remember us with a modicum of respect: as dignified and caring, if not intelligent, beings.

'In her exhibition opening press conference, Antonelli focused on the importance of becoming more aware of the fragile relationship between human beings and environment also by the means of our everyday behaviors, for example by learning and promoting a new approach to the objects we use and their life cycle.' She told The Art Newspaper that after the exhibition she hopes to draw up a manifesto with other institutions. "Rather than being one voice, maybe we will have a critical mass". 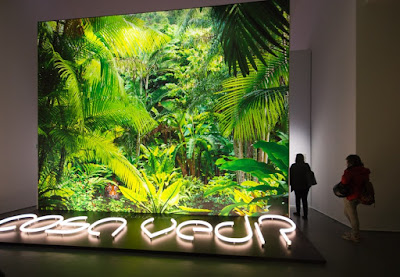 The entrance to “The Nation of Plants”, an exhibition curated by Stefano Mancuso (one of the highest authorities in plant neurobiology) part of “Broken Nature'


That image of a forest depicts an important and surprising fact to us, people of the Anthropocene; that 80 percent of the live biomass on Earth consists of plants while animals, including humans, account for just  3 percent of it.

Starting from those figures, Mancuso develops a simple concept: that one way to avoid a catastrophic future for mankind is to learn from plants since they have been on this planet for much longer. Plants are better adapted than us to it and will probably outlast humans because, during their evolution, they have found highly-efficient solutions to cope with their ecosystems. 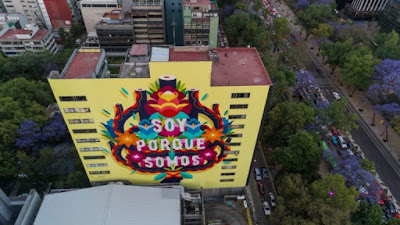 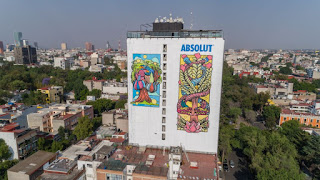 In Mexico City, a campaign called
Absolut Street Trees, funded by the vodka company, has enabled the painting of three giant murals covering a total surface area of 2,000 square meters.

The artists involved are: Boa Mistura, a multidisciplinary group from Spain; Revost13, who creates imagery that connects oriental and prehispanic cultures, and Seherone, one of the most famous street artists in Mexico.

They used a special paint called Airlite which, when it comes into contact with light, emulates the process of photosynthesis and purifies the air by chemically reacting with pollutants, turning them into inert compounds. Each mural should neutralise the pollution created by some 60,000 vehicles a year. The paint lasts about ten years.

Invented, tried and tested in Italy since 2007, the Airlite Paint range reduces up to 88.8% of pollutants in the air, eliminates 99.9% of moulds and bacteria and prevents airborne dust and dirt from attaching to the surface. The company is planning to concentrate on large infrastructure projects like hospitals, schools and road tunnels. More info here.

Absolut Street Trees claim that if Airlight was applied to only 20% of the city it would drastically reduce the city's air pollution. According to a study in 2016, residents of the megalopolis collectively inhale 50,000 tonnes of toxic contaminants a year.