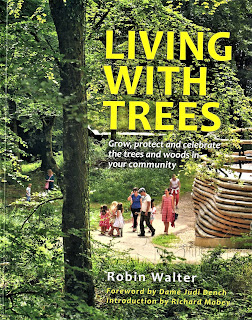 The Generalist has been aware of and a fan of the work put out by Common Ground since its foundation in 1983. Founded by Sue Clifford, with a background of environmental planning and architecture; Angela King, a former fashion designer in New York. The late Roger Deaking also played a founding role as editor, film maker, writer and musical adviser. They were all involved with Friends of the Earth at one point or other.

You can recognise a Common Ground publication by its neatness of design. its surefootedness in laying out a cohesive and carefully-planned argument in service of its core values. As the name would suggest, they are interested in community involvement with the local environment, in bringing together people and the natural world, in local distinction.

They use creative projects and artistic and poetical tactics to endear you, to draw you into their vision of a regenerated green world. 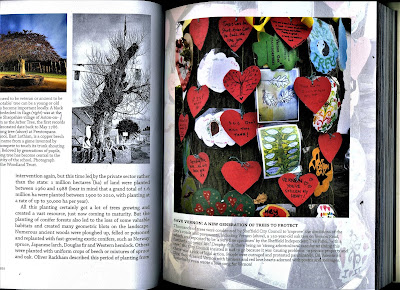 'Living With Trees' is a good-sized 230pp chunky full-colour paperback which smells sweet and pulls all this previous work together and adds a great deal more. Presented in five main sections - each one made up of connected essays, colour photos, marginal inky illustrations with small pull quotes -  it's highly readable and well-designed.

We begin with history of a our forested land, about historic woods and the fragments of ancient woodland that survive. Only13% of the UK is woodland. We have 16 million conifers and 15m broadleaf trees. Biodiversity has crashed.

'Trees In Our Lives' is focused on the trees in your garden, street and neighbourhood. It's about defending the Urban Forest, about creating tree maps and community tree nurseries. 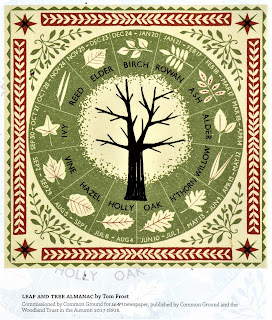 Next comes 'Among The Trees' which is about art and sculpture, making with wood, Forest Schools and Community Woodlands.

'Into a Land of Trees' calls for more trees and woods, particularly on farmland, in urban environments and on upland and encourages rewilding.

The book's author Robin Walker is a forester and a writer and the book is right up to date with current issues and movements and our new understanding of the delightfully named Wood Wide Web, the underground network of mycelium that link woods and forests together. 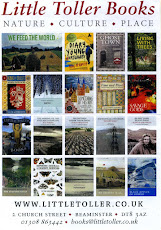 This fine book is published by Little Toller Books  down in Beaminster, Dorset who, by the looks of it, have a wealth of other good-looking books in their catalogue and in their newly-launched  bookshop