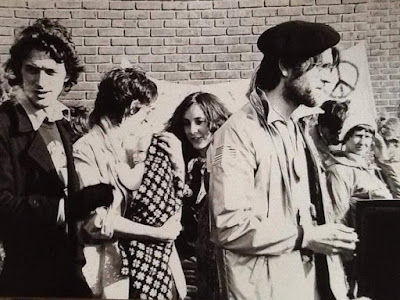 Synchronicity rules. This black and white photo by Gordon Lawrie emerged on Facebook last Saturday. There I am stage left, aged 30 with wife and tiny second son (in his first months on earth) at a Peace March in Steyning, Sussex in 1981. Like hundreds of thousands of others in those tense days after Reagan announced he was to site cruise misiles with three-minute reaction times across the European landscape to deter the Russians, we marched to indicate our opposition. Nuclear war seemed possible, even likely.

Later that same Saturday, a mutual friend told me that Ed Barber had died back in January 2017. Ed was a friend and colleague during those 1980s days and we worked together on several assignments.in connection with a series of interviews I was doing for Time Out magazine on 'Bomb Culture Revisited', culminating with an interview with Jeff Nuttall, author of the book 'Bomb Culture' first published in the 1960s. 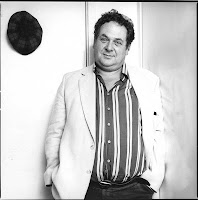 Myself, Ed and all his kit, were crammed into the small bedsit that was dubbed 'The Hancock Room' at the Chelsea Arts Club in London. The room was hot, the interview was tough and we sat in the car afterwards in the damp and cold, smoking and snacking, breathing sighs of relief.  See full story in Previous Post: Jeff Nuttall Bomb Culture and Beyond.

Ed was a great guy to be work with, A stone cold no-nonsense professional with a big heart and a lot of chatter. We spent many happy hours slagging off editors and publishers who wouldn't allow us to do what we wanted. 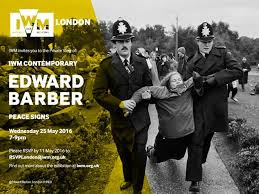 During those years, Ed remained busy documenting the Peace Movement, creating an important archive memory of those scary days, wonderful pics that have been shown and celebrated in at least two major photographic exhibitions, a valuable contribution to the People's History and a tribute to his dogged courage and persistence. 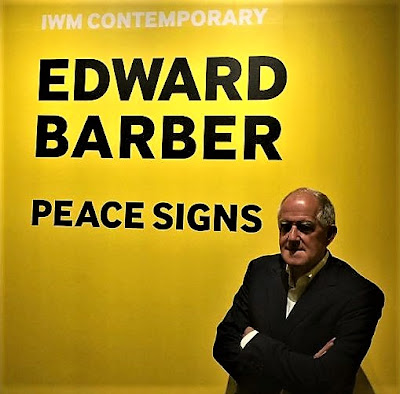 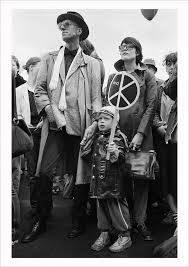 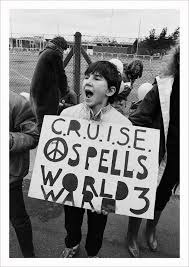 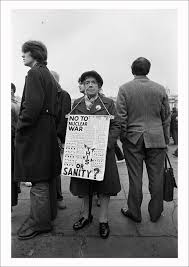 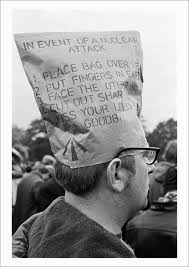 Obituary by Peter Kennard in the British Journal of Photography

Images of the anti-nuclear protest movement in 1980s Britain

A foot in Jesus sandal protrudes from under a police van, while an officer looks smirkingly on. A man stands in Hyde Park: on his head is a paper bag printed with instructions on what to do in the event of a nuclear attack. One reads: ‘Kiss your loved ones goodbye.’ A demure woman sits in a folding chair beside a sign which reads ‘Hello, can you stop for a talk?’ She might be canvassing for a politician or manning a WI stall. In fact she’s picketing Greenham Common RAF base, home to Uncle Sam and his cruise missiles.

Edward Barber’s stunning photos from the early 1980s pinpoint a moment in the history of protest in this country. In some ways they look back to the Suffragette era: a lot of those active in the Campaign for Nuclear Disarmament and these demonstrations were women (‘Take the toys away from the boys’ says one placard. Mrs Thatcher is an honorary boy, presumably). In others, they look forward to Occupy: ordinary people on the streets expressing their anger. Barber’s shots appeared at the time in newspapers and CND material. Now, in spanking new digital prints, they stand tightly packed, shoulder-to-shoulder like the 30,000 women who formed a nine-mile human chain around Greenham in 1982.

The room is painted the canary yellow of the radiation warning symbol; benches are drilled with holes in the shape of the CND logo. These details continue a theme in the work: a very English kind of pre-internet homespun creativity, full of wit and folk art. In the same vein, Barber has created a collage-y ‘mind map’ to trace nuclear protest from the end of WWII until the US cleared out of East Anglia in the early ’90s. These funny and haunting photos are full of children and teenagers. They stare dumbly and angrily into the lens and into the future. They probably thought it would go one way or the other: apocalypse or Eden. In fact, it’s stayed exactly the same.