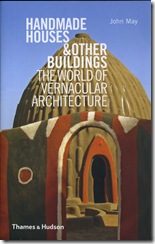 This week sees the publication of my book on Vernacular Architecture by Thames & Hudson in the UK.

To follow are the US and Italian editions by Rizzoli (pictured below). 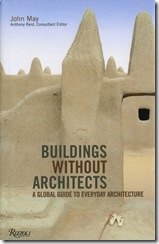 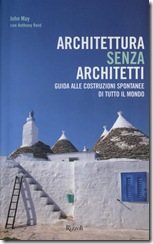 LEFT: Review in The Scotsman (5.6.10)
Review in the Financial Times by Nicole Swengley
‘It was a jolt to learn that most people in the world (roughly 80 per cent) live in self-built homes. And, if ever there was a case against the rush to concrete urban jungles, this captivating book makes it in the most charming way. ‘ www.ft.com/cms/s/2/07338b8e-6ea7-11df-ad16-00144feabdc0.html
Review on the US website Dexigner:
‘…this book offers a knowledgeable and encompassing presentation.’ www.dexigner.com/architecture/news-g20256.html
Message from Norm Weinstein in the US:  Attached is a link to a webinar I'm giving next week where I'll speak highly of your new book. Also attaching list of 9 other books I'm be talking about.http://execsense.com/details.asp?id=1342  What to Learn from the Top 10 Architecture Books: 1. Vitruvius, 10 Books of Architecture; 2. Hiroshige, One Hundred Famous Views of Edo; 3. John May, Buildings Without Architecture: A Global Guide to Everyday Architecture; 4.Frank Lloyd Wright, American Master; 5. Hart Crane, The Bridge; 6. AIA Architectural Graphic Standards; 7. Carter Wiseman, Louis Kahn: Beyond Time and Style; 8. Ada Louise Huxtable, On Architecture; 9. Architecture for Humanity, Design as if You Give a Damn; 10. Thomas R. Fisher, In the Scheme of Things: Alternative Thinking on the Practice of Architecture
Comment on Rizzoli’s website:
Praise
"Diligent environmentalists John May and Anthony Reid have put together a book, Buildings Without Architects: A Global Guide to Everyday Architecture, that will change the way you view the art of dwelling design. Showcasing man's capacity for creation and ingenuity, the book reminds us that human beings the world over have built homes with nothing more than their own two hands and Mother Nature's rich resources... Buildings Without Architects evokes a time before electricity and advanced technology, before modernization and beaming skyscrapers when design grew out of resourcefulness and was, in fact, truly green." ~Zink
ON THE WEBSITE:

Vernacular architecture, by its very nature, is built from local materials that are readily to hand and is thus defined by the geology and ecology of the region and by local climatic conditions. Constructed by the community using traditional tools, these structures are highly practical, energy-efficient, and blend with the landscape. They carry many of the attributes that we are now seeking in green architecture as we struggle to adapt our built environment to the demands and concerns of the climate-change era. ‘Handmade Houses and Other Buildings’ looks at everyday structures all over the world, from whatever wood, grass, earth or stone that was to hand, in ways that offered practical solutions to the challenges of climate or terrain. Based on immemorial principles, but highly relevant to our newly found environmental concerns, these buildings show the simple and satisfying ways in which humans have worked out how to live and live well, in harmony with their surroundings.
Book offered as a competition prize on BD Online

Stepping into [Paul] Oliver’s shoes, author and journalist John May has compiled the slender and concise Building without Architects, a wonderful introductory and comprehensive visual guide of the different types of housing and dwellings from around the world that were created by anonymous builders...

Whether it’s the simplicity and utility of early American Shaker buildings or the structural beauty and mechanical marvel of Dutch windmills that pique one’s curiosity, Building without Architects is a wonderful and informative reference guide that offers an ideal introduction for anyone who is interested in the disappearing traditions of handcrafted structures that combine beauty, form, and necessity. 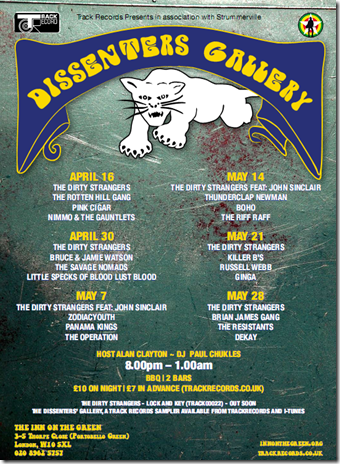 Our band BOHO is playing the first gig in London in its10-year history, as part of the ‘Dissenters Gallery’ season at The Inn on the Green in Ladbroke Grove. All welcome.

See Previous Post: THE BOHO STORY: A WORK IN PROGRESS 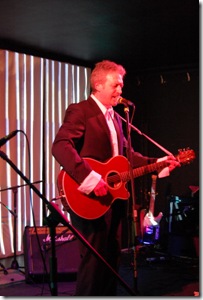 Woke up this morning to find I’m sixty

It was just another day

Except it has this big number attached

There was a huge bell tolling in the distance

I stumbled to the bathroom

And found this old Apache man sitting in my ancient armchair

He gave me a look as if to say

Don’t worry its just another day

It was the tv licensing authorities

I explained my situation

And they said a stormtrooper truck would be round

To verify my situation

I seem to have woken up in some kind of nightmare

I remember a world of ice creams and doilies

When vinyl was king

And the young people believed they could change the world

I was one of them

I went for a coffee

Sat down and read revolutionary poems

Written in ink on paper

If all our dreams came true

Strutting my stuff down the street

Even the fish and chip man

On reaching this august age

If you add six and oh it comes to nothing

All that exists is now.

The rest is memory or future projection

Just getting into gear

Still planning to change the world

Still dreaming of a perfect life

Still hoping that together we can find a way through

There are two moons in the sky

I’m lying in a basement full of candles and angels

You want some wisdom

Some advice from the far side

Hold on to your heart

Learn how to be a good friend

You know what I think

I think its going to be alright for a while

Maybe now is exactly the best and right time

For me to fully express

How much I love you all