THE ANALOGUE WAVE: WHAT GOES AROUND COMES AROUND 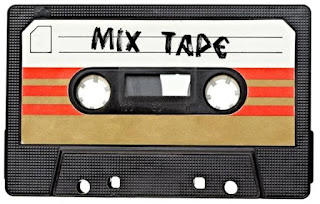 This post was triggered by listening to 'The Persistence of Analogue' on BBC Radio 4 in which technology writer Leigh Alexander explores the growing popularity of analogue culture in a digital world. Excellent. The blurb reads as follows:


'For 30-something technology writer Leigh, the digital world is just a part of her everyday life - there's no logging off. But despite all the boundless conveniences of the digital world, she says it can sometimes feel as if something has been lost in the transition to an intangible, instantaneous, always-on virtual society.

'Perhaps that's why analogue formats remain timeless - in fact, they seem more popular now than ever, especially among people of her generation. From board games and vinyl records to books, calligraphy and even old-fashioned letter writing, people are increasingly seeking avenues to bring a little more face-to-face back into their lives.

'Leigh hears from Colleen Cosmo Murphy, founder of listening events that bring participants into a room to enjoy a single album uninterrupted by phones. A 17-year-old student explains why he prefers reading news magazines in print.

'Leigh hears from a couple who fell in love over vinyl and Leigh's own husband, Quintin Smith, explains why board games are experiencing a huge boom. People just like being with other people, he says. And Guardian columnist John Harris argues that the persistence of analogue is nothing less than a cultural revolt against industrialisation, one that's been present ever since the late 18th century.'

*
Why Vinyl Records and Other 'Old' Technologies Die Hard

WHY ANALOG COUNTER-CULTURE WILL DISRUPT TECHNOLOGY
Posted on Wednesday July 22nd, 2015 by Melanie Langpap under Allgemein 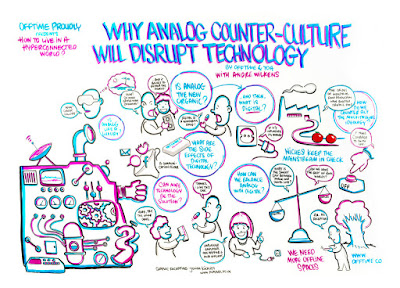 Is analog the new organic and 24/7-connectivity a drug that became a part of our culture? Then ( OFFTIME ) can be compared to methadone, a substitute drug to overcome addiction?
Following the call of Berlin’s Tech Open Air, ( OFFTIME ) hosted a public satellite event as part of its ongoing series of meetups on how to live in a hyperconnected world. For that purpose, on 16th July, ( OFFTIME ) invited for a fireside chat with André Wilkens, author of “Analog is the new Organic”– a book that has recently seen a massive hype.

You can listen to the interview. The illustration above is a visual diagram of it. 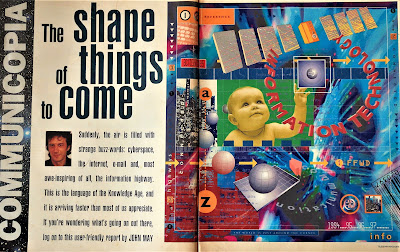 For some years now I have been trotting out my thesis that there has been a noticeable shift back towards analog culture - a human reaction to the digital virtual world.


Back in September 1994, I produced a 15-page article for The Telegraph's  Saturday supplement entitled 'Communicpia: The Shape of Things to Come' - the first major piece in a mainstream paper sketching out the huge implications of the digital reveolution. It was also the longest piece the magazine had ever published. This was at a time when only a couple of MPs had e-mail and CD-ROms were going to be the next big thing! That didn't last long.

One of the people I interviewed for the piece was Professor Peter Cochrane, the head of BT's Core Research group. Although it didn't make it into the finished piece, what has stuck in my head is his idea that, in the future, digital technology would be an everyday thing and cease to be seen as this miraculous and exciting technological revolution and the broadband network will simply be accepted as another utility like the gas, electric and water systems. We have obviously reached the point where this is the case. In addition, people have become more and more aware of the downside of computers, the internet, 24/7 news, social media and virtual reality and are once more seeking to balance that by returning to analog culture.

Vinyl Records and Analog Culture in the Digital Age: Pressing Matters examines the resurgence of vinyl record technologies in the twenty-first century and their place in the history of analog sound and the recording industry. It seeks to answer the questions: why has this supposedly outmoded format made a comeback in a digital culture into which it might appear to be unwelcome? Why, in an era of disembodied pleasures afforded to us in this age of cloud computing would listeners seek out this remnant of the late nineteenth century and bring it seemingly back from the grave? Why do many listeners believe vinyl, with its obvious drawbacks, to be a superior format for conveying music to the relatively noiseless CD or digital file? This book looks at the ways in which music technologies are both inflected by and inflect human interactions, creating discourses, practices, disciplines, and communities

Vinyl was an obvious starting point. After justified concern about the massive reduction in the number of record shops in the country, which lead to the establishment of Record Store Day, the ones that survived began giving less and less space to CDs and more and more space to vinyl. Smart new record players at an affordable price became available which meant younger people who'd never owned a vinyl record were suddenly hooked by this new old medium which they found had a warmth and depth to it  They discovered that the very act of making time to sit down and really listen to a record - carefully constructed so that both sides of the LP have a satisying flow of songs that take you on an audio journey - whilst admiring the sleeve and digesting the sleeve notes was a very satisfying experience.

You'll see from the Previous Posts below a lot of stories challenging the popular trope of the mainstream press namely that paper was dead and in the future we will all be reading everything on
screens. Great article too on the fatal flaws on newspaper publishing on-line by the man who  concieved the idea in the first place. 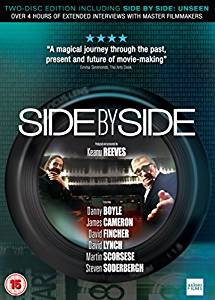 Further thoughts came in 2012 from viewing the excellent documentary 'Side By Side' produced by Keanu Reeves which contrasts every aspect of film making and examines
the pros and cons of  digital vs analog. Digital is a nightmare for archivists.

Film is now back in fashion in movies and photography.