Britain's suffering (or enjoying) a heatwave at present whilst an atmosphere of drama and uncertainty prevails on the political and economic front. We are in uncharted territory and no pollsters or pundits can be sure of the outcome. It's at times like this that great journalism rises to the challenge. These pieces are essential reading:


Arron Banks: ‘Brexit was a war. We won. There’s no turning back now’ by Carole Cadwalladr
[Observer 2nd April 2017]
Now out of Ukip – the party he bankrolled – Arron Banks is creating a political movement of his own. We met the ‘bad boy of Brexit’ just before article 50 was triggered – and found his ambitions go far beyond leaving Europe

This is a very chilling piece about how a group of men, working on both sides of the Atlantic. have successfully intervened with our democratic procedures using sophisticated algorithms and dark arts. They are the real enemy. 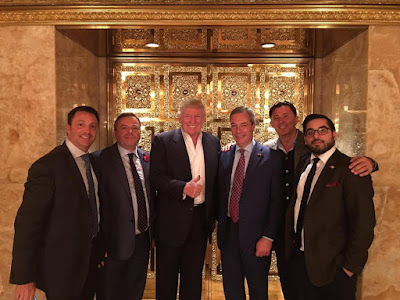 'Though Nigel Farage is the face of Brexit, Arron Banks is the man who made it possible. He bought Brexit. Or at least paid for it. Until 2014 he was an unknown Bristol businessman. Now he’s the biggest political donor in British political history. The most powerful. He put more money into funding the Leave campaign than anyone else – more than £7m. He donated his office space, his computer equipment, his senior staff. He’s the co-founder of Leave.EU, the so-called “provisional wing” of the Leave campaign, spearheaded by his close confidante Nigel Farage, and he’s now contemplating his next move: taking an axe to the rest of the parliamentary system.'

The Independent is keeping its eye on the activities of Breitbart.

For sometime now, it has been The Generalist's view that what we are witnessing is the beginning of the end of the Ancien Regime in Britain. This important and powerful piece nails it.

'May doesn’t actually believe in Brexit, she’s improvising a way forward very roughly sketched out by other people. She’s a terrible actor mouthing a script in which there is no plot and no credible ending that is not an anti-climax. Brexit is a back-of-the-envelope proposition. Strip away the post-imperial make-believe and the Little England nostalgia, and there’s almost nothing there, no clear sense of how a middling European country with little native industry can hope to thrive by cutting itself off from its biggest trading partner and most important political alliance.'

Protest and persist: why giving up hope is not an option
by Rebecca Solnit
[The Guardian 13th March 2017] 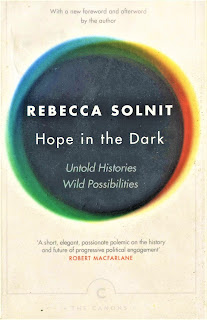 The true impact of activism may not be felt for a generation. That alone is reason to fight, rather than surrender to despair

Rebecca Solnit is one of the most important writers of our time who bears comparison with Joan Didion in the 60s and Hunter S. Thompson during the Nixon years. A committed activist, her numerous books and journalism are essential reading. The above link is to a podcast. See also:

'The Loneliness of Donald Trump: On The Corrosive Privilege of the Most Mocked Man in the World.'
[Literary Hub May 30th 2017]

In recent weeks I have been reading and rereading Solnit's 'Hope In The Dark: Untold Histories, Wild Possibilities', first published in 2005 and reprinted with a new introduction in 2016. Hope is the most important idea to hang on to. Solnit traces five decades of protest and brings together deep thoughts of value in these difficult days. A superb prose stylist, Solnit will raise your spirits and will encourage you to greater efforts. She writes: 'An extraordinary imaginative power to reinvent ourselves is at large in the world.' She quotes from the aptly named Chris Bright:

'But the biggest obstacle to reinventing ourselves may be simply a kind of paralysis of hope. It is possible to see very clearly that our current economies are toxic, destructive on a gargantuan scale, and grossly unfair—to see all this and still have difficulty imagin-ing effective reform . . . We are used to constant flux in the daily details of existence, yet the basic structure of the status quo always looks so unalterable. But it's not. Profound change for the better does occur, even though it can be difficult to see because one of the most common effects of success is to be taken for granted. What looks perfectly ordinary after the fact would often have seemed like a miracle before it. '

I like the late John Berger's quote about Solnit:

'Time and again, Solnit comes running towards you with a bunch of hope she has found and picked in the undergrowth of the rime we are living in. And you remember that hope is not a guarantee for tomorrow but a detonator of energy for action today.'

See Also: Rebecca Solnit: The self as story 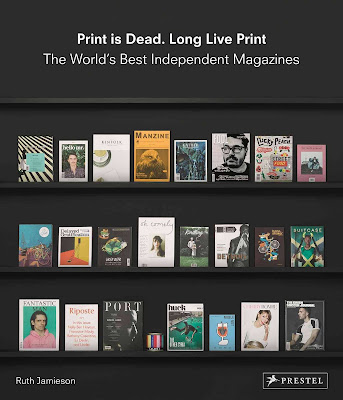 Having spent a lifetime working with print and having an archive of magazines and papers dating back to the early 1960s, THE GENERALIST is delighted on a number of levels to  have discovered Ruth Jamieson's book [published by Prestel in 2015].

Elegantly designed and beautifully printed [in Slovenia] on black matt paper, Jamieson profiles more than 50 independent magazines in a stylish and intelligent fashion, showing covers and spreads and interviewing the creators. The huge range of creativity on display is awesome and stimulating, showing the inexhaustible possibilities inherent in the medium.

Equally valuable is the intro essay which explains that the mainstream newsstand mags may be dead or dying - their circulations and advertising eroded by the on-line world -  but a new generation of independent mags have emerged -  beautiful, collectable and timeless 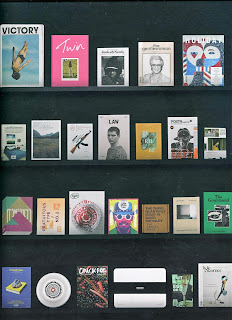 objects, largely ad free, idea led, design focused and reader funded, with an international readership connected buy the internet not geography. This revolution in content, style and priorities also extends to the business model with alternative methods of distribution and financing. It's a fascinating story.

Fortunately, since the book's publication, Ruth Jamieson has been pursuing this wave of change with articles in 'Eye on Design' the on-line newsletter of AIGA, the oldest and largest not-for-profit membership organization for design in the United States. As you would expect, their logo and website are exemplary.

In 'Predicting for 2017'' [published December 21st, 2016], she writes:
'Whatever else went down in 2016, it was a strong year for magazines; this will go down in the books as the year independent publishing came of age.'

Amongst the trends she predicted are:

No more Mr. Nice Guy: now that all the feel-good lifestyle niches have been filled, we’re overdue for some honest, thought-provoking, and accessible political discussion.

In a great essay 'From Escapism to Activism, the Indie Mag Scene is Woke: How turbulent times are changing the face of publishing' [published March 15th, 2017], she confirms Prediction 2 in spades. It concludes:


'The thing I love about print is that just when you think you’ve got a handle on its role in our lives, it changes. If you’d asked me a year ago I’d have said print magazines were affordable luxury objects that allowed us to switch off. Now, in 2017, reading magazines is more about necessity. These titles drive activism, not escapism. Necessarily ephemeral, it’s a magazine’s job to respond to its moment in time.'

BIG THANKS to Paul Gorman for turning me on to this article. His book on the history of 'The Face' magazine is to be published  later this year.
* 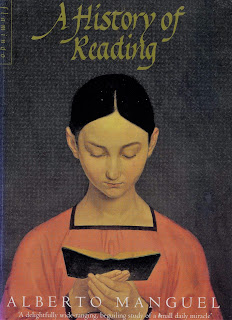 Why do traditional paper books remain so popular, especially for deep, immersive reading? Are some people simply too stubborn and nostalgic to adapt to new technologies? Perhaps it's because paper books are themselves a highly sophisticated technology, one that's uniquely good at stimulating focus and concentration.

[Thanks to Stephen Alexander in Queensland for tip-off]

GREEN PUBLISHING and THE FUTURE OF THE BOOK 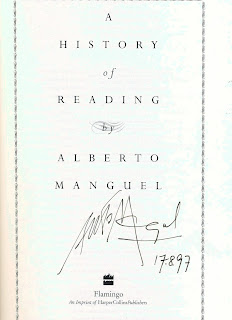 [Left: Signed paperback copy of 'A History of Reading' by Alberto Manguel / The Generalist Archive ]
at 3:22 pm No comments: