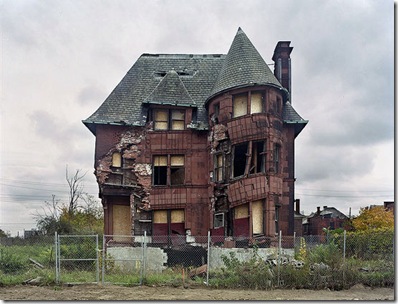 Just watched Julien Temple's brilliant documentary on the decline of Detroit. Here is an extract from his article about the film in The Guardian -'Detroit: the last days'

Approaching the derelict shell of downtown Detroit, we see full-grown trees sprouting from the tops of deserted skyscrapers. In their shadows, the glazed eyes of the street zombies slide into view, stumbling in front of the car.

Our excitement at driving into what feels like a man-made hurricane Katrina is matched only by sheer disbelief that what was once the fourth-largest city in the US could actually be in the process of disappearing from the face of the earth. The statistics are staggering – 40sq miles of the 139sq mile inner city have already been reclaimed by nature.

One in five houses now stand empty. Property prices have fallen 80% or more in Detroit over the last three years. A three-bedroom house on Albany Street is still on the market for $1.

Unemployment has reached 30%; 33.8% of Detroit's population and 48.5% of its children live below the poverty line. Forty-seven per cent of adults in Detroit are functionally illiterate; 29 Detroit schools closed in 2009 alone. 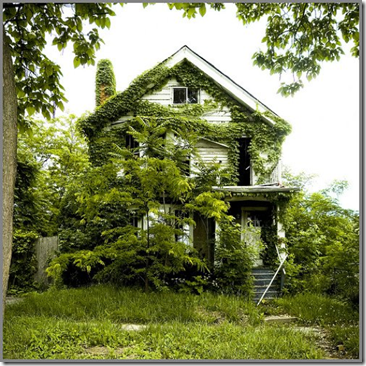 Detroit is in a very interesting state. It’s simultaneously decomposing, and evolving into a new city. The Sweet Juniper blog has documented some of the evolution of Detroit in a series of photos they call “Feral Houses”. The images show how the yearly summer plant growth overtakes the many abandoned structures around the city, seemingly reclaiming them for nature.

One of the upbeat stories coming out of Detroit is Urban Farming. 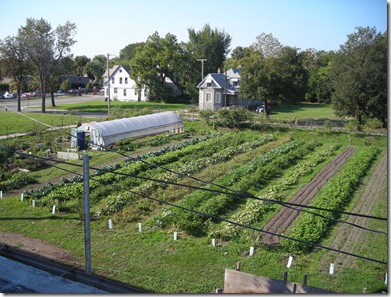 In addition to the Urban Farming Garden programs, the Urban Farming Model includes solutions to some of the contributing factors to hunger such as unemployment, lack of access to healthy produce and poor educational opportunities. The Urban Farming vision is global and our mission is to end hunger in our generation by planting food on unused land and space for people in need and empowering suffering communities.