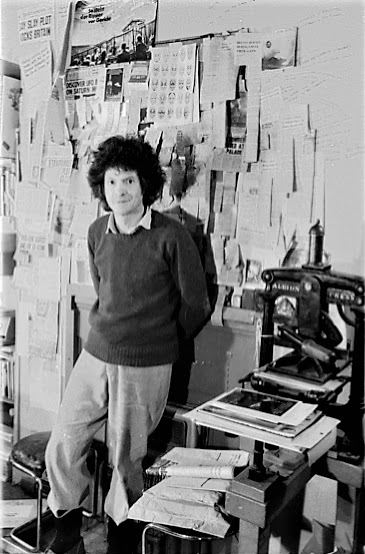 This is a great picture of Heathcote Williams who died earlier this week after a long illness that kept him out of the public eye for the last years of his life, though he continued to lambast the establishment and prick pomposity until the end through his work on the online International Times website and his last opus on Boris Johnson.

For many years Heathcote worked in our office at 2 Blenheim Crescent just off London's Portobello Road in a small back room with the graphic designer and illustrator Richard Adams. Together they founded the Open Head Press, named after the printing press you can see in this picture.

Over many years they produced a wide variety of posters, pamphlets, booklets and other valuable outpourings. Their space was often filled with visitors including the great poet Christopher Logue and John Michell, the author of 'View Over Atlantis' and many other arcane and wonderful books. The early issues of Fortean Times were also produced in that room. Cider was often the refreshment of choice and, as the working day progressed, there was often a trace of unruly behaviour and schoolboy pranks, much laughter and the occasional altercation between the assembled bohemians. 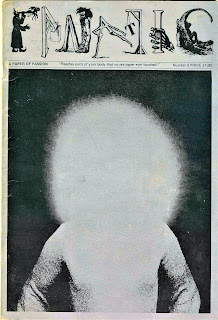 I have several powerful memories of Heathcote. I remember being in his flat on Westbourne Park Road one evening when he tried out some of his newly-written verse in front of a small group of invited friends including myeslf. Heathcote had the most beautiful speaking voice and was without doubt a great and important English poet. As his mellifluous phrases rolled out, there was true magic in the air. No wonder Derek Jarman cast him as Prospero in his film version of Shakespeare's 'The Tempest'. Al Pacino was a friend of fan of Heathcote's.

[Left] First amazing issue of The Fanatic produced by Heathcote and designed by Richard Adams.

Equally memorable was the day when I travelled to Plymouth to interview James Lovelock, the now famous scientific author of the Gaia hypothesis, on 1st May 1984. You can read some more about this in my previous post in January 2006. After a remarkable afteroon of discussion, I was driven by taxi from Lovelock's house to the grand surroundings of  Port Eliot, a stately home set in beautiful grounds, at St Germans, Saltash in Cornwall. Many of you will know this as it became the site for the Elephant Fayre which began in 1980 and ran until 1986 in its first incarnation. Details of the 2017 Festival can be found here.

The owner of the house and Estate at that time was Perry Eliot, who was a friend and supporter of Heathcote's. I had arranged to meet Heathcote there and when the texi dropped me off in front this imposing Gothic building I ventured inside a maze of corridors and happened fortunately to bump into one of the house staff who directed me to the upstairs room where Heathcote was holding court.

Heathcote always did resemble a Pres-Raphaelite figure never more so when I entered a large high-ceilinged room with a long wooden table strewn with manuscript pages and handwritten notes. Heathcote had beautiful handwriting. I think we ate and drank and I certainly slept the night there.

As I recall I was there to talk with him about his current work at the time which was a lengthy poem entitled 'Whale Nation', to be published by Jonathan Cape. I had for many years being writing about the Save The Whale movement and had met many whale experts and read extensively on the topic. I was able to feed much information into the mix which was duly acknowledged with this note on the front of a photocopy of the original manuscript. A treasured possession. 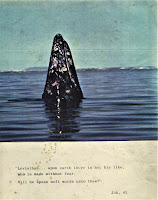 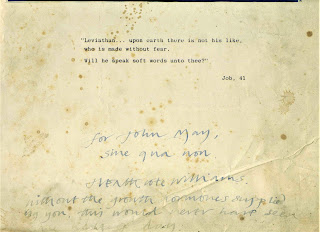 The handwriting is somewhat faded but his inscription reads: For John May: sine qua non [which means 'an indispensable and essential action']. Under his signature he writes: 'without the growth hormones supplied by you this work would never have seen the light of day.'

Incidentally it was Heathcote who first turned me on to the activities of the Animal Liberation Front, when he showed me an article by Ronnie Lee, the ALF founder, who had just been released from prison after a number of years sentence having been found guilty of arson. This led me, via journalism for the NME, to found,with my colleagues, one of the first ever animal lib magazines 'The Beast'.

THE GENERALIST ARCHIVE  is particularly rich in material from and on Heathcote. Its been some time since I've been through it all and I'm deeply touched by what I've found. An extensive exchange of correspondence, all hand typed and signed in pen + postcards, clippings + magazines and poster poems. Here are some of them: 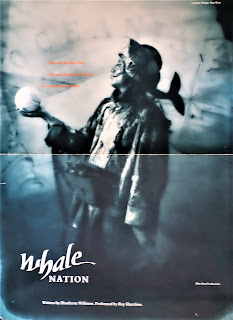 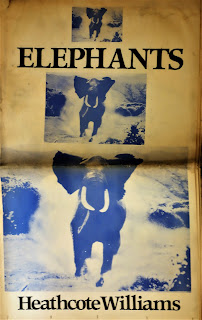 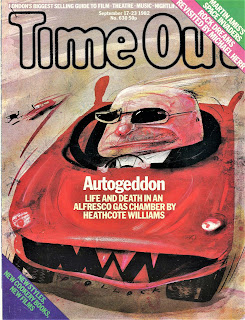