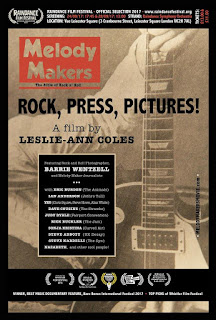 THE GENERALIST has been contacted by Leslie-Ann Coles, the director of 'Melody Makers' a film which began by being a profile of the paper's chief contributing photographer Barrie Wentzell (1965-1975) but, as I understand it, broadens out to include most of the main journalists on the paper.

For those interested in the history of one of the great British musioc papers it sounds like a must. 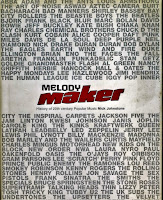 The nearest thing to an official history of the paper was published  in 1999: Melody Maker: History of 20th Century Popular Music by Nick Johnstone [Bloomsbury]


Read more about the film here:

'Melody Makers: Should've Been There' in the New Jersey Stage
at 5:23 pm