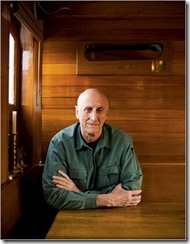 This article was originally written on the 17th December 1980 for the Focus section of the Sunday Times.

Like an alternative Henry Luce, Stewart Brand began his Whole Earth enterprise with two friends in a garage in San Francisco in 1968. By the time the 'Last Whole Earth Catalog' appeared in 1971, the book had become the standard reference point for a generation of young Americans.

It provided them with the tools, both physical and intellectual, to explore new experimental lifestyles, develop alternative sources of energy and promote the new ecological insight gained from NASA imagery. Whole Earth became an image, an attitude, a lifestyle of the times. The book became a publishing phenomena,selling 1,600,000 copies.

In 1974, Brand launched the 'Whole Earth Epilog' and a spin-off publication, 'Co-Evolution Quarterly', currently selling some 40,000 copies an issue, and has just sunk $80,000 ( half of which is his own) into 'The Next Whole Earth Catalog', a monster book weighing 5 1/2 lbs with 6O8 pages containing evaluations of some 3000 products.

The range and length of subject matter provide a useful indicator of social changes as viewed from Marin County. Items on solar energy have boomed from two to 63. Computers have shot up from two to twelve pages. Domes have disappeared - they leaked -and free schools have gone, to be replaced by an interest in home teaching. Neil Postman's 'Teaching As A Subversive Activity' has been superseded by the author's new book,' Teaching As A Conserving Activity'.

Brand writes: 'Many years ago China was the model for radical America; now America is the model for technical and economic China. The interest in crafts and practical tools remains, as does growing cannabis. As Brand wryly points out: 'Tens of thousands of Americans have been introduced to the joys of gardening by first growing their own dope. Later they diversified to food.'

There's more coverage of sex,  Brand being in favour of sophisticated recreation and against accidental procreation. Underground architecture, care of the dying, wind surfing, and fantasy games are some of the new buzz topics. There's essays on how to use animals that have been run over on the highway, an attack on metrication, an essay on the Four Illusions of Money and a detailed piece on amateur insemination programmes whereby gay women can make themselves pregnant plus details on how to urinate in zero-gravity, written by an ex-astronaut.

But the major theme of the book is: 'Large scale boom and bust. Small scale adaptability.' Brand is critical particularly of the nature of modern publishing with its emphasis on novelty, which allows many classic books to go out of print. For the record, he considers 'A Pattern Language' by Christopher Alexander et al, a fascinating study of architecture and planning, to be the best and most useful book in the whole Catalogue. 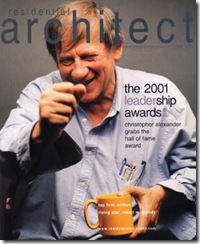 Christopher Alexander is Professor in the Graduate School and Emeritus Professor of Architecture at the University of California, Berkeley. He is the father of the Pattern Language movement in computer science, and A Pattern Language, a seminal work that was perhaps the first complete book ever written in hypertext fashion. He has designed and built more than two hundred buildings on five continents. For more see Pattern Language site

He has a clear idea of his target audience, which consists partly of his contemporaries 'who have aged into positions of responsibility (one of us governs California) with most of our generation's premises surprisingly intact', plus the new college age population and thirdly, the 'vast citizenry' who are feeling the pinch of Inflation.

Brand doesn't foresee deep economic hardship ahead but Random House Editor-in-Chief Jason Epstein does and he is distributing the book because he thinks people will need it to save their lives. Brand's attitude may reflect his own personal changes to a more affluent lifestyle and certainly has much to do with his links into the Californian power structure. 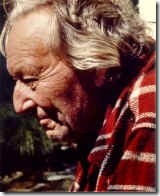 This volume may be dedicated to Gregory Bateson - a pioneer in anthropology, psychology and cybernetics, who died recently -but there's no doubt that Brand's new mentor is his longtime friend Governor Jerry Brown. 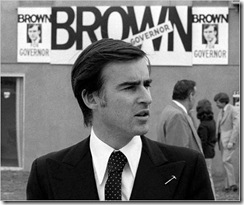 At one point he writes of him: 'The special appeal of the man, besides his intelligence, is his willingness to learn before your very eyes and include you in the process.1 Both Brand and astronaut / contributor Rusty Schweikart are paid advisers to Brown and all three share a mutual obsession with space colonies and other offworld projects, which are examined in depth in the book and reflected in the cover imagery and perhaps the title itself. 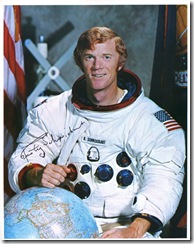 One of the most interesting themes in the book is what Brand describes as 'trees-as-a-solution-to-everything' which includes a profile of the Hoedads, named after the basic tree-planting tool, a 200-person cooperative in the State of Oregon, involved in reforestation.

But surely a book of this size must have only added to the global tree problem? Brand's thought about that one. He's worked out that the first print run required 6,610 trees, some 14 acres of forest, to produce it. If he gets his target readership of 140,000, then it will only need 5% of them to plant one tree, for there to be a net tree gain on the whole project.