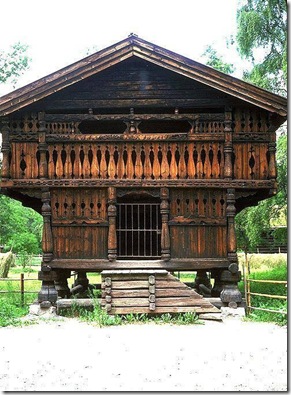 One main reason for less posts than usual of late is the fact that I have been writing a book on vernacular architecture, which is to be published in May 2010 by Thames & Hudson in the UK and Rizzoli in New York. [There is also an Italian edition]

The book is entitled 'Handmade Houses & Other Buildings: The World of Vernacular Architecture' and is a fully illustrated guide to a selection of vernacular buildings around the globe.

This is a fascinating subject and a very timely one. Vernacular architecture can be simply defined as the architecture of the people, largely designed and built by communities, families and self-builders. The majority of the world live and work in such buildings; a small minority inhabit buildings designed by architects.

A broad generalisation would be to say that vernacular architecture has been sidelined and ignored by the architectural profession but there are signs in many parts of the world that this is changing.

It is certainly a subject that is little known to the mainstream and I am hoping my book will make this important subject accessible to a broader audience.

The Generalist will be featuring regular posts on Vernacular Architecture as there is an incredible wealth of stories out there. 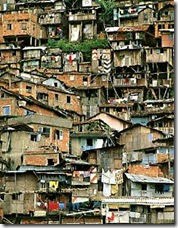 One of the most important issues of our time is the squatter cities of the world, where vast number of incoming country people fabricate dwellings from scrap and waste materials. These evolve overtime and become more substantial. This is the new vernacular architecture of our time.

This subject ties in with the last two posts, as Stewart Brand has given a TED talk about squatter cities. 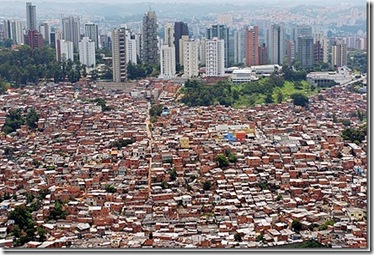 A view of Favela Morumbi, one of the largest shanty town zones in Sao Paulo. [Source: 'Slum Tours of Sao Paulo' by Paul Kedrovsky]

He says the move to the cities is the largest movement of people in history. It is happening at a rate of 1.3million people a week which makes 70m people a year. We have recently passed the point when more than half of the world's population live in cities. Brand sees this as a major 'tipping point.' Here, he says, are people working to get out of poverty as quick as they can. There's no unemployment in squatter cities - everyone works. Brand views this as the 'dark energy' of economic theory. One-sixth of India's GDP, for example, comes from the squatter city of Mumbai. In addition, when people move to cities, the birthrate drops dramatically. He claims that the world population will reach 8 or 9 billion and then drop off dramatically.

Another key figure to pay attention to on this subject is 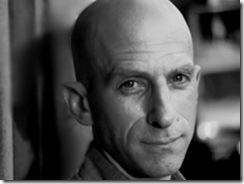 Robert Neuwirth, author of the a book on the subject entitled 'Shadow Cities.' To write the book he actually lived in squatter communities on four continents over a two-year period and thus is able to report from the ground. His aim is to humanise these maligned settlements and says these are vibrant self-organising communities living in places where there are no regulations.See his TED talk here

There's a film he shot in Lagos on YouTube here.

'Start with discarded cardboard boxes. Move to sticks covered with plastic sheets. Then, maybe, to mud-patty
walls. A few years on, to scavenged metal and brick. Finally, bring in concrete, rebar, plastic pipe and prefab windows. This is the natural progression of the architecture of some of the most vibrant neighbourhoods on earth.' [Source: Onesmallproject]

He also has been running an excellent Squatter City blog for the last four years. He reported yesterday on the police helicopter that was shot down over the favelas of Rio.

According to his article 'Architects of Our Future' in New

Internationalist: 'Mumbai is the headquarters of a worldwide squatter organizing effort called Shack/Slum Dwellers International (SDI). SDI got its start under a different name back in the 1970s. The movement is now international with chapters in 14 countries.' 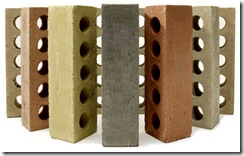 Was fascinated by a recent article in The Times entitled 'Reinventing the humble brick to cut carbon emissions' by Mike Harvey.

Bricks made mostly of fly ash - a by-product of coal-fired power plants, considered a pollutant - have been developed by CalStar Products in California.

Clay bricks have been made the same way for 3,000 years. These new bricks are chemically manufactured and, the company claim, require 90 per cent less energy and generate 90 per cent less CO2 than traditional bricks.

The Brick Industry Association of America object to the company calling it a 'brick'; they think it should be called a 'fly ash modular unit.'