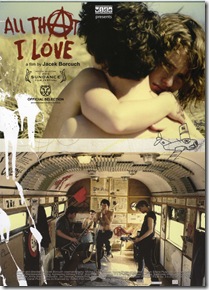 Pleased to announce that The Generalist now has established a mainline connection to screeners and DVDs of upcoming cult and indie features and documentaries so we are going to be able to appraise you of some excellent cinematic delights. In honour of this, have named these posts Screen Dreams after a regular column I used to write for the NME in the 1970s.

Christening this post, watch out for this brilliant Polish film which, as I understand will be entered into the Oscars for Best Foreign Film Award. It  certainly deserves it. Part of the reason I am hooked into it is due having seen the remarkable documentary ‘Beats of Freedom’ on the history of Polish rock – a vital part of young people’s rebellion during the years of military rule. [See Previous Post THE GENERALIST: NEWS DIGEST 1]

‘All That I Love’ concerns a punk band playing their rebellious music at a time when General Jaruzelski has declared martial law [13th Dec 1981]. The young 18-year-old lead singer goes through a real coming-of-age - discovering love and sex, negotiating his relationship with his father and finding a political awakening  - in a story that celebrates love and the joy of rebellion. This a tender and genuinely moving film. Its feels real and fresh and it is shot with a lyricism that recalls ‘Knife in the Water’. Beautiful. Hats off to director Jacek Borcuch.

Switch channels and time frames and let me introduce you to a major cult movie: ‘Able Danger’. This cross between a film noir and a conspiracy movie is a gem. Its the movie that the Coen Brother’s tried to make with ‘Burn After Reading’. 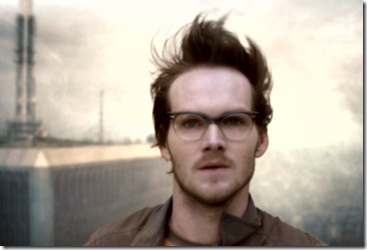 The main character Thomas Flynnis a prize geek, who runs a corner coffee shop in Brooklyn, from the basement of which he operates his real passion – a website that probes deep into the black heart of Amerikan government conspiracy. Needless to say, a gorgeous dark-haired femme fatale arrives with the promise of secret information that triggers the whole plot – which straddles the sinister and the hilarious, punctured as it is with  characters to match the German kidnappers in ‘The Big Lebowski’ and dream sequences in which the geek is standing on top of one of the Twin Towers  at the World Trade Centre. Meantime, while all this action is going on, the movie switches to the surveillance team and their technology, who are monitoring every  move. Hilarious and scary. Must be seen: Intelligent, interesting, clever, real, funny.

More to come. This is fun.