THE HISTORY OF THE BEATS 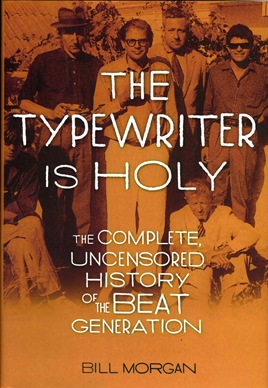 I have Neil to thank for, out of the blue, arriving at my house and giving me this book. As regular readers will know, I have a deep-seated love for the writers and poets of the Beat Generation, forged in my teen years. I was privileged to meet and interview Allen Ginsberg and William Burroughs and to engineer (with my son Al) a live internet link-up with Lawrence Ferlinghetti from San Francisco to the Komedia club in Brighton. The many and varied beat posts on this blog are summarised below. I have a big library of beat literature and have read extensively and religiously much beat and beat-inspired texts, biographies and historical accounts. So…
For my money, this is the single best history of the Beat Generation that I have ever read and I will explain why. The story of the Beats – both the main characters and an extremely large supporting cast – is complex. They were, apart from everything else, almost constantly on the move. They were restless souls and tormented ones – constantly falling in and out of relationships. Many of them were bisexual and slept with each other in between or at the same time as maintaining relationships with women.
Out of this emotional maelstrom, out of their wanderings, missions and adventures not only on the highways of America but also in the jungles of Mexico, the medinas of Morocco,  the Beat Hotel in Paris, the Buddhist monasteries of Japan and the streets of Varanasi, allied with their almost constant experimentation with drugs of varying descriptions and illegality, flowed a body of work that continues to inflame minds and spirits and has great relevance in our own times. 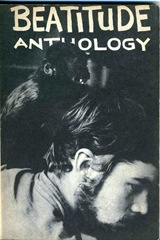 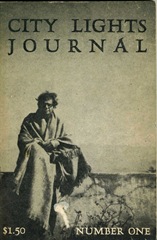 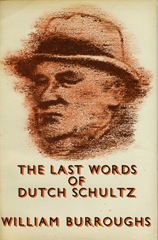 Treasures from the Beat Library of The Generalist Archive: ‘Beatitude Anthology’ [City Lights. 1960]; first issue of the ‘City Lights Journal’ [City Lights.1963]; First edition UK paperback of ‘The Subterraneans’ by Jack Kerouac [Panther. 1982]; First edition of' ‘The Last Words of Dutch Shultz’ by William Burroughs. [Cape Goliard Press. 1970]
This book will rearrange your understanding not only of the Beat movement but also of the times and politics they moved through. One book, Big Sky Mind, argues that the Beats were the transmission apparatus for introducing Buddhism and eastern thinking into America. The beats in their own time were vilified by the mainstream media, arrested and imprisoned, often deported.
Bill Morgan has done a really wonderful job of integrating all this ferment  into a seamless readable narrative, formidably well-informed and beautifully written. He brings out the humanity of these characters as they battled with their demons and is, by and large, non-judgmental. He has given shape and context to the Beat Generation story and communicates it in a way that makes sense to succeeding generations. These were the pioneers of a revolution in poetics, politics, social mores, activism, communal living, backpacking, altered states of consciousness. Their collective work is like a deep well of inspiration that has great resonance in these troubled times.
Bill Morgan is the American author and editor of more than a dozen books about the Beat writers and has worked as an editor and archival consultant for nearly every member of the Beat Generation. 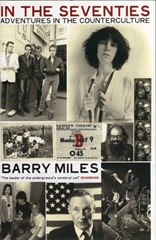 His UK equivalent is Barry Miles, who was close with both Burroughs and Ginsberg and has written biographies of both them and Kerouac. He has also acted as an archivist  and in 2003, co-edited the revised text edition of Naked Lunch. His latest book ‘In The Seventies’ (following on from his excellent ‘In The Sixties’ a period during which he was close with Paul McCartney, ran the Indica Bookshop and was one of the founders of International Times) adds more to his Beat reminiscences.
Particularly good are his accounts of Ginsberg’s upstate New York commune and adventures on the West Coast plus Burroughs’ early ‘70s sojourn in London (seriously weird). Miles was sound-editing Ginsberg’s tape archive in the Chelsea Hotel and there’s an interesting chapter on another of the Hotel’s residents, the strange and wonderful genius Harry Smith. Also learnt a lot from the chapter on Wilhelm Reich, inventor of the orgone box.
The Typewriter Is Holy by Ted Morgan [Free Press 2010]
In The Seventies by Barry Miles [Serpent’s Tail 2011]
SEE ALSO:
The Sea Is My Brother: The Lost Novel by Jack Kerouac
See IMDB details of the cast and production credits for the ‘On The Road’ movie, directed by Walter Sallis, due for release 2012.
PREVIOUS POSTS
2011
2008
2007
2006