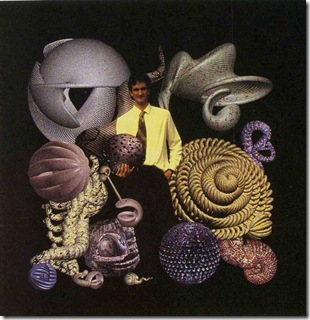 Peter J. Benchley’s book devotes several pages to the work of William Latham. Strangely, I heard about the book from William himself when I bumped into him again - after a gap of some 15 years -  at a recent show in Brighton inspired by Turing, and featuring a variety of science/art works and objects – including contributions from my son Alex May and his partner Anna Dumitriu. Small world. 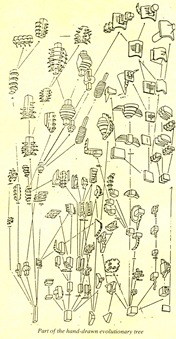 I think the first time I saw William’s work was in a piece he did for the New Scientist [27th January 1990] entitled  ‘Sculptures In The Void’, which was published to coincide with an exhibition of work he had done at the IBM UK Scientific Centre. The show toured Britain at 10 venues from Jan ‘89 to Sept ‘90.           I saw it at the Natural History Museum and most impressive it was – huge framed images plus computers running evolving shapes and forms. This was exciting stuff. Fractals had already jumped out of the scientific press and into the mainstream and William’s work did the same. 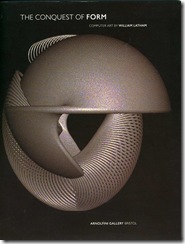 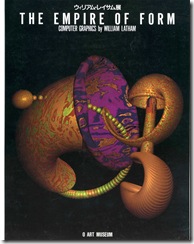 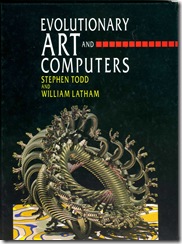 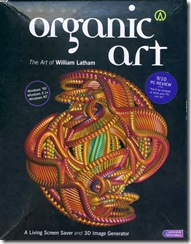 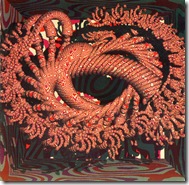 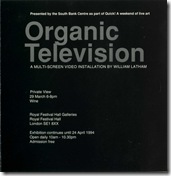 Later in the 1990s I and my colleagues had established Cequel Plus (C=+) a web business in London’s Victoria district and it was here that I met William again whom, by this time, was living near me in Ditchling. The result of our conversations was a book proposal  entitled ‘The Mutation Manifesto: ‘The ArtLife and Science of William Latham’ which I pitched in to Thames & Hudson – with no success as it happened. This was the profile attached to the pitch:

Using natural forms as his inspiration, Latham and his computer collaborators have developed software that generates and mutates forms and shapes to create an entire parallel universe of creatures and environments that stretch the imagination and the rules of aesthetics.

Born in 1961, the son of a musician and a molecular chemist, Latham has travelled from a deep fine art background to the worlds of science, fashion, multimedia and computer games.

His academic credentials are impeccable. He was a Ruskin School of Drawing and Fine Art scholar at Oxford University from 1797-82, where he attained both a BFA and MA. He was Henry Moore scholar at the Royal College of Art in London, where he was taught by Eduardo Paolozzi, Keith Critchlow, Paul Huxley and Christopher Frayling. He lectured on graphic design at Middlesex Poly and was a Research Assistant at St Martins.

Latham had by now discovered computers and rediscovered his early love of natural forms. He was able to develop both interests while a Research Fellow at the IBM Scientific Centre at Winchester from 1988-93.

Here, with collaborator Stephen Todd, he was able to realise his personal visions, through the development of powerful computer modelling software, which he then used to create his unique artworks.

During this period he was travelling the world on IBM's money, meeting people like Benoit Mandelbrot (the Godfather of fractal mathematics). Richard Voss (the fractal landscape guru), Bruce Sterling (leading cyberpunk writer) and Richard Dawkins (the leading hard-core Darwinist).

His experiences at IBM led him to develop a business -Computer Artworks Ltd - which works successfully in computer games, multimedia, film and tv graphics and in the fashion and music industries.

Largely ignored by the official art world, Latham's work has nevertheless found a enthusiastic audience amongst scientists and artists who respond to his cybernetic/ organic forms.

Part entrepreneur and businessman, part animator and aesthete, Latham is very much an 'artist' of his time, he says: "I believe the Home Entertainment system will be the conduit of information in the future and art needs to come out of that."

William is currently Professor of Computing at Goldsmith’s, University of London. He is also CEO of Games Audit Ltd, a small company specialising in Project Management and Games Auditing for Banks and Investors. He has an extensive website on his work here.