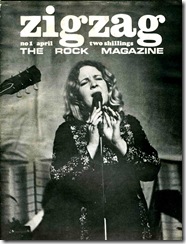 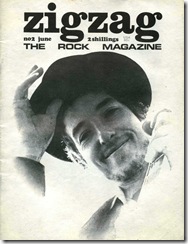 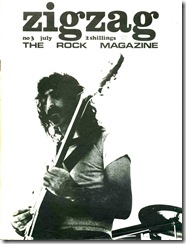 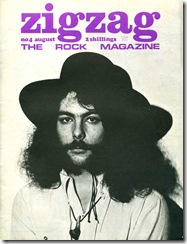 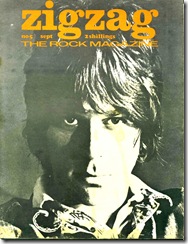 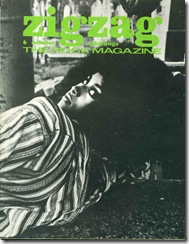 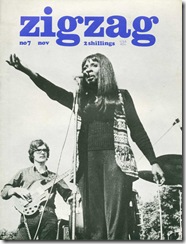 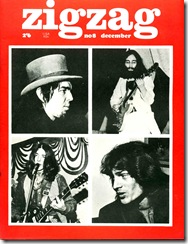 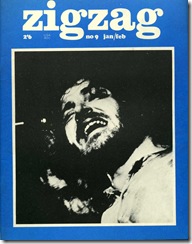 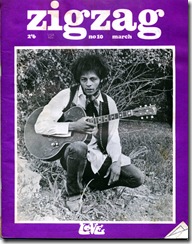 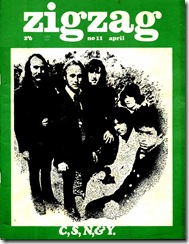 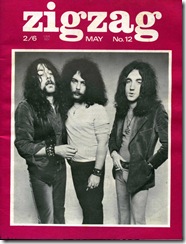 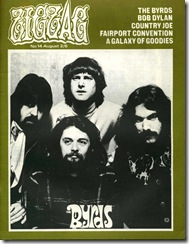 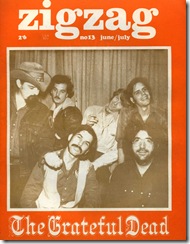 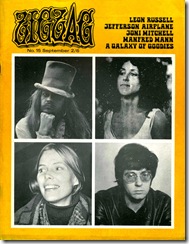 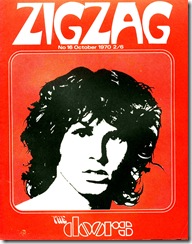 It's always nice to add something to the Internet from The Generalist Archive, in this case the covers of the first 16 issues of one of the great rock magazines of the 1960s/1970s - ZIGZAG. Founded by Pete Frame of Rock Family Trees fame and rock journalist John Tobler, it was first published in 1969 and went through various incarnations until the 1980s [See: Wikipedia entry - which needs some work] Not to be confused with a surfing magazine of the same name. These are quite rare copies now. Hope this is of interest.

Zigzag: A 40th Birthday Tribute to the Magazine That Changed Our Lives by Nigel Cross