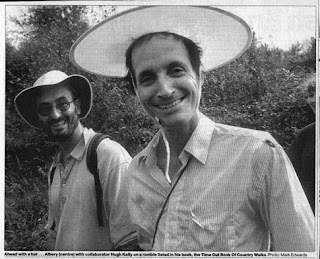 
Back in August 2006 I published three posts (below) about Nicholas Albery, Nick Saunders the BIT Travel guide to India and Australia and the Arts Lab movement.
Previous postings from THE GENERALIST Archives (August 2006)
ALTERNATIVE SOCIETY 1970s: BIT by bit


Regular readers will be interested in the following valuable feedback - one message which arrived almost a year ago, the second which came today.
Hi!
I am Josefine Speyer, the widow of Nicholas Albery and have just discovered your website, six and a half years after Nicholas' death. It gave me great pleasure to read about Nicholas and his doings in such detail. You must have known him or interviewed him? I wonder.

I have just been at a Christmas gathering yesterday organised by the Saturday Walkers Club which is going strong 10 years after Nicholas first published his 'Time Out Book of Country Walks.' There are now about 200 people who are doing various country walks every week. They have built up a tribe of walkers, many of them used to walk with Nicholas. They have published the 'Time Out Book of Country Walks 2'. Apart from getting exercise and keeping fit, the groups are a wonderful opportinity for networking and wideing ones social circle. They also organise theatre outings and other events, and several couples who first met on the walks are now happily married.

When Nicholas first came up with the idea of a self oganising walking group, I could not believe this kind of thing would work, but it did! And wonderfully so.

The Nicholas Albery Foundation is now The Natural Death Centre, which also runs the annual Poetry Challenge in October every year.

Nicholas died before his time. Had he been alive today he would be deeply involved in getting projects off the ground that create sustainable community, helping create discussion and ideas to stop the destruction of the environment, the issue of terrorism and thinking about a future that would allow for 'nature to be at ease'.

As he had written on a piece of paper, which he kept stuck on his bedroom mirror:
"My purpose in life is to use my imagination, humour and perseverance, through my writing, my projects and my helping people fulfil their potential, so as to help create a world in which people are warm, tolerant and kind to each other, nature is at ease and magic is alive." 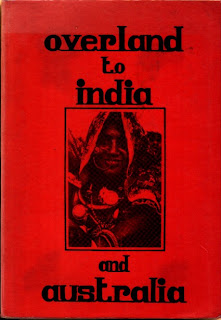 I was a casual caller into the BIT office in Westbourne park ( was it?) in the early 70's, must have been 1972-73. I was introduced there by my old pal , who I fear dead, Frank Harris, Sid Rawle's partner in the Hippy movement back then. Later I became a firm friend of Sid and stayed with him over in the Vicar's house in Gospel Oak and heard the sad news of his death. Last time I heard from Frank was back when I put him up and he stayed six weeks with me in 1982 over here in Kilkenny, Ireland, where I still am , as a pro photographer.
In BIT I was a great friend of "Annie from Oldham" who ran the night shelter over in Uxbridge Road. Did a few stints on the BIT pirate radio overnight as well, drank with a few heads in the pub across the road on the corner, memories are otherwise vague. Anybody coming to, or in Ireland, are welcome to come and look me up, we might get something going again...naw we never died ,Katie posts for me. Michael McGrath 087-7560725.