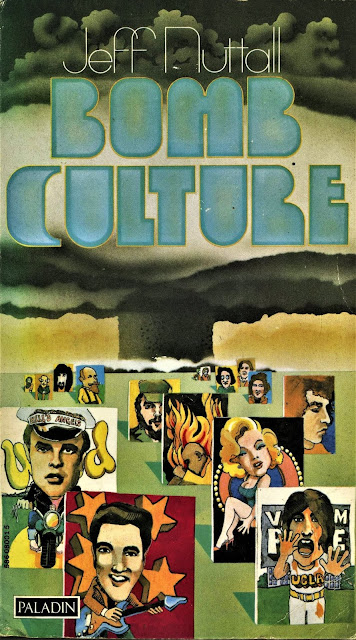 THE GENERALIST has written at some length already on Jeff Nuttall and his seminal book 'Bomb Culture'.

Jeff was one of he first artists I ever met back in 1969 when he came to Worthing Art college and read from his novel 'Pig'. Back in the 1980s I interviewed him at the Chelsea Arts Club.

Jeff Nutall: Bomb Culture and Beyond

Happily Strange Attractor Press have recently republished 'Bomb Culture' on its 50th anniversary, using the artwork that was used in the original hardback edition published by MacGibbon & Kee in 1968. [See below].

'Bomb Culture' was published in paperback in 1970 by Paladin, a highly rated imprint that published many seminal works including books by Timothy Leary, Richard Neville and John Michell amongst many others. 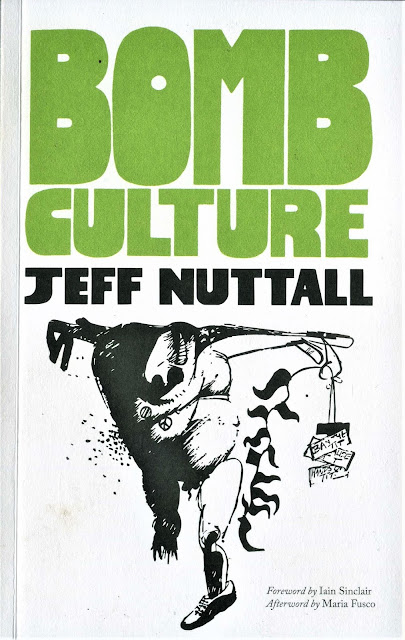 The new edition is really worth getting hold of. The original text was rather sloppily edited and had no proper references for the multitude of quotes Nutall used in this powerful polemical broadside of a book.

The two updaters/editors are Douglas Field and Jay Jeff Jones who've done a terrific job at correcting and sourcing everything and have provided a valuable introduction about the ins and outs of the book's publishing history. and a glossary full of useful biographical information on numerous underground figures who are not well documented these days.

Iain Sinclair stylish and inciteful opening foreword entitled Knees Up Among The Ruins wets the palate for the main event. Maria Fusco's sharp short end piece entitled 'Almost But Not Quite Unreadable' finishes things on just the right note

Once again Strange Attractor have produced a high quality edition.

To create 'Bomb Culture' Nuttall mashed together material from his previously published short run mimeographed 'My Own Mag'. He shifts style and subject in fast-paced prose  which dramatically captures the spirit of those days. If you want to get a real feel of the edginess of those times this is one of the great acts of  reportage mixed in with rants that are punchy and poetic, brassy and bold, shouty and politically incorrect. Wake up. They're exploding nuclear bombs in the atmosphere. The anti-nuclear movement in Britain, fronted by CND, was culturally hugely important during those times; at present, that movement seem to have almost completely disappeared.

This book has energy and urgency to spare. We would do well to pay attention to its coverage and analysis of the Underground as it is was then, to provide valuable creative tips for the next wave of outsider, indie, alternative activists that are starting to make their voices heard. 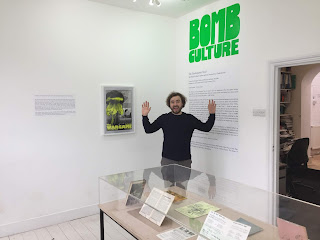 A small Bomb Culture exhibition in the Flat Time House in South London, the former home of artist John Latham, [See: flattimeho.org.uk] ran for a short period at the end of last year. The Generalist Archive was pleased to be able to lend an original CND Aldermaston song book and a set of additional lyrics for display there. My interview with Jeff was also available for visitors to listen to.