BUCKMINSTER FULLER: "REALITY" SHOULD ALWAYS BE IN QUOTES 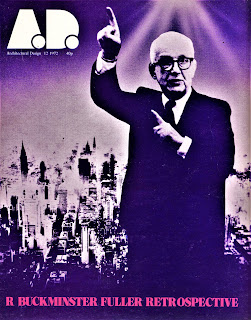 THE GENERALIST  was woken this morning by a radio programme on Buckminster Fuller, the visionary thinker who invented the geodesic dome amongst many other visionary things and spent his life travelling the world and talking (at great length) to people about his ideas of Spaceship Earth and how we should be developing ideas and technology that were less harmful to the planet.

A true pioneer and generalist thinker, he inspired millions of people to think differently about creativity and what is possible.

Was fortunate enough to go and see him talk at the American Embassy in London (I think) in the 1970s. It was an extraordinary experuience even if I didn't quite understand a lot of what he was saying. I would be in my early 20s.

Here's links to a couple of radio programmes and a whole lot more. 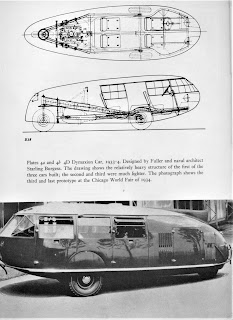 Great Lives: Buckminster Fuller
Radio 4: John Lloyd selects the maverick American architect, Richard Buckminster Fuller, inventor of the geodesic dome, as his choice of a great life. Matthew Parris hosts, joined by futurist and business strategist, Hardin Tibbs, as they debate the charge that if Buckminster Fuller - who had a molecule named after him, for its resemblance to his geodesic domes - really was the Twentieth Century's answer to Leonardo da Vinci, then why is he so little known about today? A man, John Lloyd argues, who preached environmentalism before the term was coined, so in advance of his times, but yet whose time has come today. 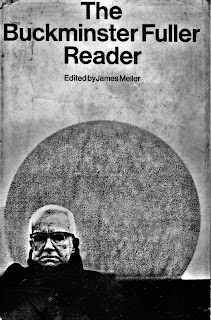 'Bucky' was well know for his quotes and aphorisms. Here's a few of my favourites:
Integrity is the essence of everything successful.

You never change things by fighting the existing reality. To change something, build a new model that makes the existing model obsolete

We are not going to be able to operate our Spaceship Earth successfully nor for much longer unless we see it as a whole spaceship and our fate as common. It has to be everybody or nobody.

BUCKMINSTER FULLER, 1895 - 1983
Hailed as "one of the greatest minds of our times," R. Buckminster Fuller was renowned for his comprehensive perspective on the world's problems. For more than five decades, he developed pioneering solutions that reflected his commitment to the potential of innovative design to create technology that does "more with less" and thereby improves human lives

This biographical sketch is a great place to start exploring this great man's life.

After reading the manuscript for Bucky's first book in 1936, Albert Einstein told him, "Young man, you amaze me! I cannot conceive anything I have ever done as having the slightest practical application, … but you appear to have found practical applications for it (Einstein’s theories)."

Bucky 'saved and archived every possible aspect of his life, creating his Chronofile and making his life the most documented of any “ordinary, average” (not a public official) person in the history of humankind.Although that experiment has yet to be fully examined, the success of Bucky's life is indisputable. After discovering the natural underlying principles that govern all Universe, Bucky applied them to every aspect of his work where he: 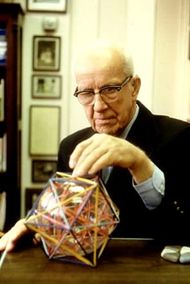 Was granted 25 U.S. patents.
Wrote 28 published books and thousands of articles.
Received 47 honorary doctorates.
Was presented with hundreds of major awards.
Circled the globe 57 times working on projects and lecturing.
Presented an average of 100 "thinking out loud" sessions per year (often labeled lectures, they would range from two to six or more hours in length), even when he was in his eighties.

Bucky’s campaign on behalf of the success of all humans and life on Spaceship Earth was the focus of the last phase of his life from 1976 until his death on July 1, 1983. During this period, he was continually traveling, making presentations, writing and sharing as much of what he had learned as possible.  It was, in fact, a last ditch effort to make certain that his life was complete and that the had given everything possible in support of his mission to create “a world that works for everyone.”