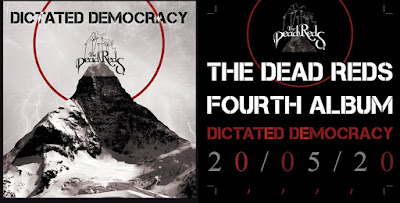 When I started writing this review it was a Saturday afternoon somewhere in the middle of the Coronavirus. The night before, I read that Phil May of the Pretty Things had died and, one hour later, there was news of minor protests in London’s Hyde Park and across the country against the lockdown.

All music venues are closed, many of which are never likely to reopen. Musicians around the country and the world have suddenly found themselves without an income.

When the Rolling Stones are filmed in lockdown you know the world is changing. Their ‘Living in a Ghost Town’ video with its empty city streets around the world could bear contrast with the Dead Reds video for ‘Shut It Down’.

In the DR's hands, the bleak and blank streets of London are accompanied by the plugged-in sound of hell, power chords, a gravelly growl enunciating proclamations of apocalypses unless we make the Change. I’m sure Keef would approve.

This track in particular catches the mood of the moment even though it was written four years ago. The whole album carries the atmosphere of our times and seeks to reach out, connect, encourage and strengthen the will of the listeners to adapt and evolve and create a new musical world operating on different principles. 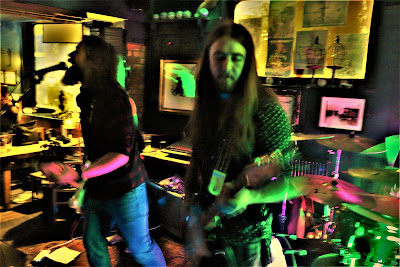 Last night, I was fortunate to get a great Skype interview with two of the band – Jez Green (vocals and bass) and Max Gibson (guitar) Check their site for details.

Jez gives the music a solid foundation that’s made of rock but also rocks. His powerful vocals address strong feelings which will resonate across the country. In person a cool cat, once plugged in Jez gets right on the bronco and delivers those lyrics at full power.

Jez and Thomas Miles Woodridge (aka Miles) were schoolmates and write the songs. Miles brings the sound of Paul Butterfield’s Chicago right into the mix, adding a vital streak of rhythm and blues.
Max Gibson’s already built himself a reputation for his truly excellent economical and fluid hi-power guitar work which shines out and crowns this forceful combo.

The band lucked out when Jez and Miles advertised for a thunderous drummer, and Joss Love walked in and captured the seat. This album demonstrates his control and his Mike Tyson power.

On the last track 'Dead Man Walking', Bethan is joined on vocals by John Fairhurst, the Wigan-based bluesman. It's a strong song about death, demons and devils, written by Max, which also features his first slide guitar outing, inspired by JF's example. 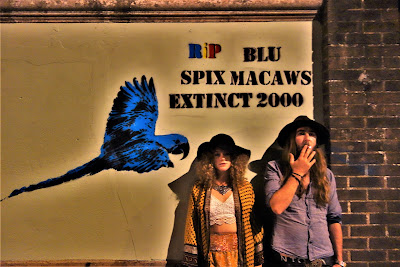 The Dead Reds and John Fairhurst are fronting a new DIY culture and a fresh, hard street-level music which draws from the past but restates it in a musical language and style that is totally in the zeitgeist. 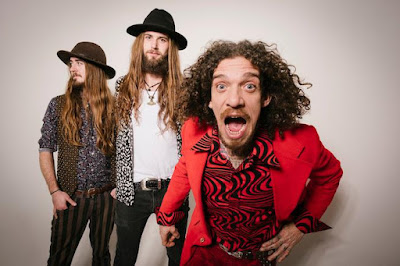 John F is the co-founder/owner of That Sound Studio in London’s Tottenham where the album was made. It’s stuffed with analog gear and the results are in the grooves. The production and engineering are great, thanks to Eric Mikalsen. Each instrument is clearly distinct in a full resonant sound mix by Jake Rousham at Metway Studios in Brighton.

*
Having experienced the Dead Reds live in a small room with a full-on audience, I can testify that they lift you off your feet, barrage the earlobes, uplift the spirits and shake up the souls.

Dead Reds channel Sabbath, the Zeps, Black Crows, Rage Against the Machine, add additional musical seasoning with blues and folk inflections, and make it their own. They reach back to musicians who, in turn, had reached back to the black musicians of the Southern US states and the musical ferment of New Orleans.

Dead Reds are ‘front of the line with a picket sign’ as their lyric to ‘Shut Down’ says. ‘They’re trying to shut us down/they won’t break us’. In ‘Wild Country’ they talk about brothers and sisters living off the land with free hugs and free drugs. In ‘Mind Attack’ a powerful harp blows while the singer is screaming at the TV, the world is fucking crazy.

On our island, what makes the Dead Reds distinctive and important is they are expressing a feeling of unrest shared by many. This dirty rebel music aims to challenge the darkness and ramp up the light. It’s an album with a social conscience and a voice and a sound that will energise the emerging counter-culture.