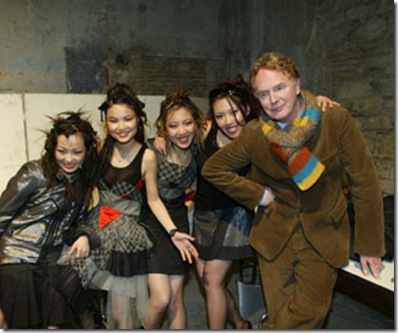 Malcolm with Wild Strawberries, an all-female band of Chinese rockers. 2004

“Malcolm McLaren was such a marvelous amalgam of exuberation, sensuality, culture, and literacy salted with the essential recognition of his own rascality. He was the perfect preservation against stuffiness and a lack of humanity. We are going to miss him.” 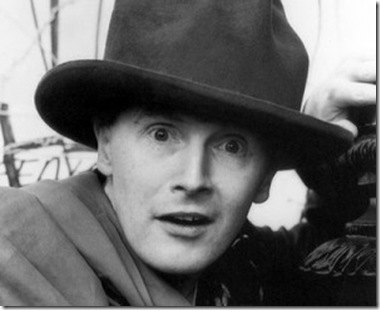 "A truly wicked sense of humor was essential to last more than a minute with Malcolm. At times he seemed as though he was finagling to get the very shirt from your back but, if he thought you were in trouble, he would quietly give you his.

“He didn't play an instrument but he could play a musician for certain. None of the bands he was associated with would have sounded or even existed as they did without his catalytic, terror-inducing, at least for me at the time, manipulations.

“Getting you to do things that seemed impossible was his forte; once you did them you realized that most of the time you ended up better off...sometimes not, but then, that was Malcolm getting you at it just for his amusement.

“I'm sure Malcolm enjoyed watching me and my bandmates trying to dance some stupid dance, wearing his girlfriend's pirate outfits or trying to sing like an elephant.

“They did actually seem like good ideas at the time, well they would if Malcolm McLaren said they were, because he may have already somehow got you to play better than you'd ever dreamed of, bullied you into writing and recording songs that ended up on Top Of The Pops and induced within you the confidence and audacity to take on the whole world. Goodbye Malcolm.” 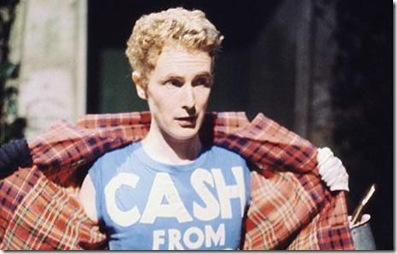 The former Sex Pistols manager died after uttering the words: "Free Leonard Peltier." Peltier, an American Indian, is serving life for the murder of two FBI agents in 1975. His supporters claim he is a political prisoner and his case has become a cause celebre.  [The Telegraph]

McLaren died of mesothelioma, a rare form of cancer normally associated with exposure to asbestos. Steve McQueen also died from this.        See: Malcolm McLaren 'killed by asbestos in Sex shop'

Malcolm McLaren By Those Who Knew Him

'An imp, an itch in someone's pants' by Jon Savage

The svengali behind pop's most controversial genre

Read my exclusive interview with Julien Temple from 1979 about the making of the first Sex Pistols film: NME: The Hills Are Alive With The Sound of Chaos

Listen to Jon Savage talk about the punk years on The Audio Generalist.