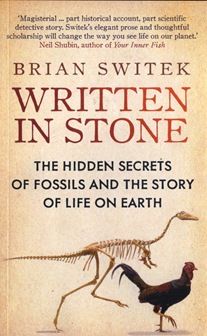 The Generalist has always been fascinated by fossils in general, dinosaurs in particular, and the ever-changing story of our own human origins.

In my lifetime alone, there has been a continuous string of new and exciting discoveries that have radicalised our understanding of the evolution of life on our planet.

For instance, we now know for sure that birds are the descendants of one group of dinosaurs – which group is still a matter of scholarly debate.

Amongst the remarkable treasure trove of fossil discoveries found in China in recent years have been the remains of a previously unidentified group of dinosaurs with feathers and primitive wings. As a result, according to this week’s news, Archaeopteryx, long considered the world’s oldest bird, has now been reclassified as a feathered bird-like theropod ( a group of meat-eating dinosaurs), many species of which ‘were fluttering around in the Jurassic period more than 150 million years ago’ One other example is this new fossil find, of Xiatingia, believed to be 155m year old

Which brings me back to the main purpose of this post which is to sing the praises of this remarkable new book - ‘Written in Stone’ by Brian Switek, which uses the history of the search for ‘missing links’ – fossil forms that bridge the gap between one group of organisms and another – as a peg for re-examining the long and fascinating story of paleontology. Discovering such links was considered crucial for confirming the theory of evolution.

In a series of remarkable chapters he explains the oldest and latest views of how fish evolved into reptiles, dinosaurs into birds, land creatures into whales and examines the relationship between mammoths and elephants, the evolution of the horse and – last but not least – our own  human evolution.

Switek is incredibly articulate and extremely well-informed and his accounts, whilst dense, make fascinating reading, not least because the book is bang up-to-date, including fresh discoveries up to 2010.

For anyone who really wants to understand our current state of knowledge in these fields this book is essential reading.

It has been favourably compared with my other favourite book in this field - ‘Wonderful Life’ by the late Steven Jay Gould’s  - which is high praise indeed.

At the book’s end -  after revealing that our human lineage is shaped more like a bush than a tree, made up of numerous hominid species of which we homo sapiens are the only ones left standing – he concludes:

‘’Nothing quite like us has ever existed on earth before and may not ever again after we are gone. Given the contingencies  of our own history, that we exist at all is amazing. If we wish to know ourselves, we must understand our history. We are creatures of time and chance.’