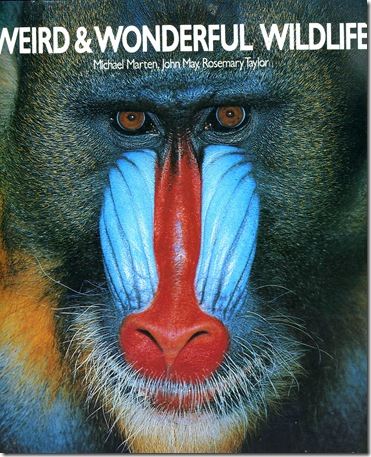 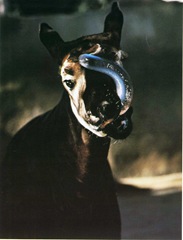 This is one of the books I produced with my colleagues during the early 1980s – a lovely photo book of strange and amazing animals that live on our planet – published by Secker & Warburg in London in 1982; an American edition came out from Chronicle Books in San Francisco. My favourite picture from the book is this okapi and its amazing 14-inch long tongue. [Source: Firth & Firth/Bruce Coleman Ltd]. Here are some weird animals, all newly-discovered this year. 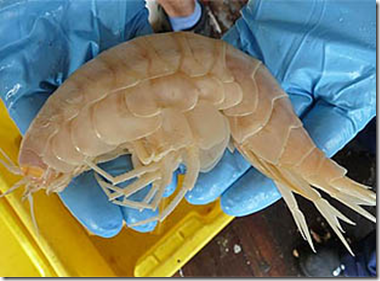 Dr. Alan Jamieson with one of the supergiant amphipods (Source: Oceanlab/University of Aberdeen).

Scientists aboard the Research Vessel Kaharoa discovered ‘supergiant’ prawns in New Zealand’s Kermadec Trench that are 28 cms long and 10 to 14 times larger than regular prawns.

Using specially designed ultra-deep submergence technology, the team deployed a camera system and a large trap to depths ranging from 6,900 to 9,900 meters.

The team was aiming to recover specimens of the deep sea snailfish, which had not been captured since the early 1950s but had been photographed previously by the team at approximately 7,000 meters depth.

Peering into the recovered trap, the team realized that amongst hundreds of ‘normal’ amphipods lay several individuals 10 to 14 times larger than any of the others.

These new sightings and specimens of the supergiant represent both the biggest specimen ever caught and the deepest they have ever been found (7,000 meters deep). 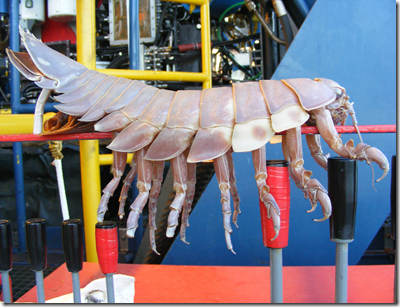 This is a giant isopod (Bathynomus giganteus), an important scavenger in the deep-sea benthic environment. It measures over 2.5ft from  head to tail. It attached itself to an ROV at a depth of approx 8,500ft. 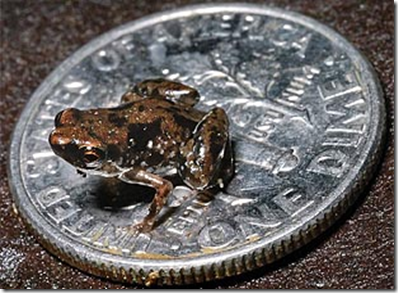 Researchers have found two new frog species in New Guinea, one of which is the new smallest known vertebrate on Earth. The results are reported in the January 11 issue of the journal PLoS ONE. The new smallest vertebrate species is called Paedophryne amauensis, named after Amau Village in Papua New Guinea, where it was found. The adult body size for these frogs ranges from just 7.0 to 8.0 millimeters, averaging only 7.7 millimeters in size – less than one-third of an inch. 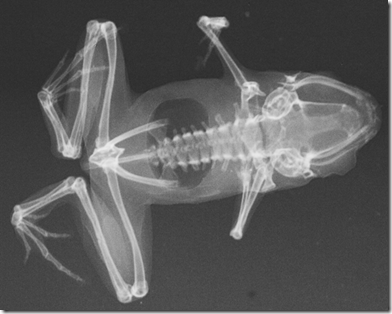 A new species of bat whose face bristles with leaf-like protrusions has been discovered in Vietnam, a new study says.

When scientists first spotted Griffin's leaf-nosed bat in Chu Mom Ray National Park in 2008, the animal was almost mistaken for a known species, the great leaf-nosed bat, said Vu Dinh Thong, of the Vietnam Academy of Science and Technology in Hanoi.

Tests revealed that the bat issues calls at a different frequency from the great leaf-nosed bat. Genetic results confirmed the species—named Hipposideros griffini—is genetically distinct, according to the study, published recently in the Journal of Mammalogy.

Like all leaf-nosed bats, the newfound mammal has strange, leaf-like projections on its nose that may aid in echolocation—sending out sound waves and listening for echoes bouncing off objects, including prey. 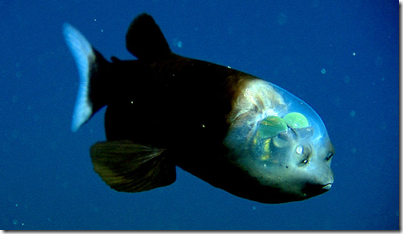 With a head like a fighter-plane cockpit, a Pacific barreleye fish shows off its highly sensitive, barrel-like eyes - topped by green, orblike lenses. The fish, discovered alive in the deep water off California's central coast by the Monterey Bay Aquarium Research Institute (MBARI), is the first specimen of its kind to be found with its soft transparent dome intact.