A selection of material from the Generalist Archive 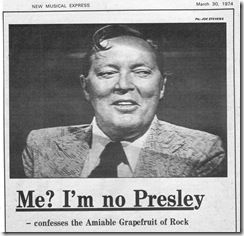 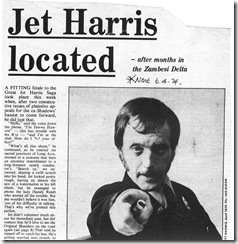 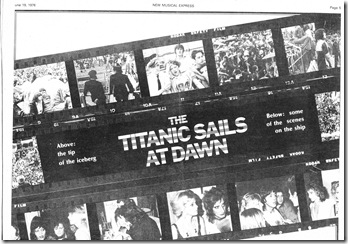 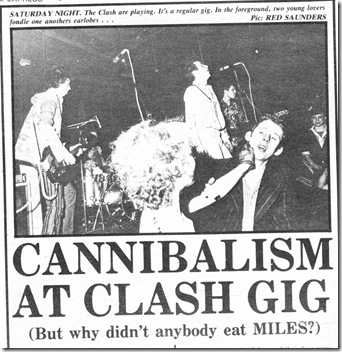 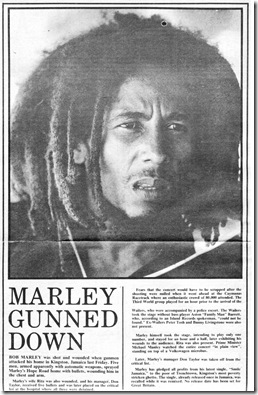 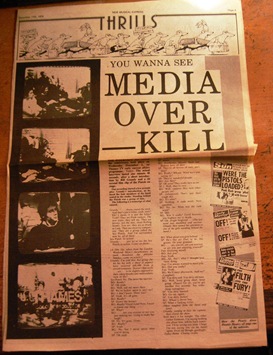 Mick Farren’s famous article ‘The Titanic Sails at Dawn’ (June 19); Infamous incident when Shane McGowan had his earlobe bitten off by Jane Modette duiring a Clash gig at the ICA, reported by MIles (November 6); ‘Marley Gunned Down’ story (Dec 11); Report of the Sex Pistols on the Bill Grundy show  (Dec 11) 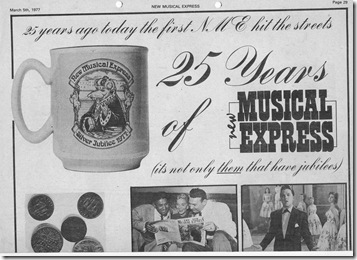 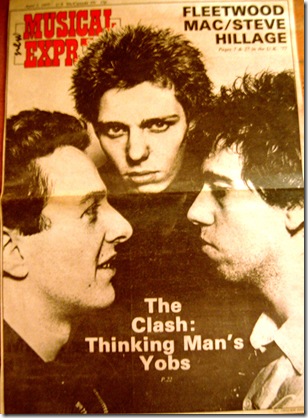 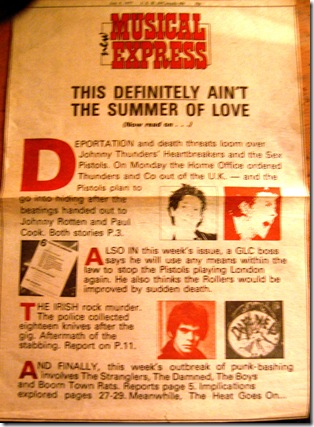 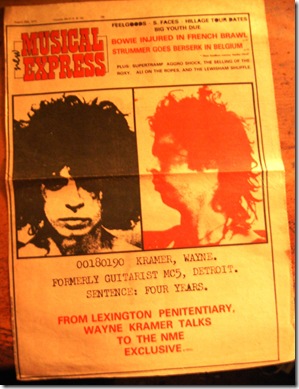 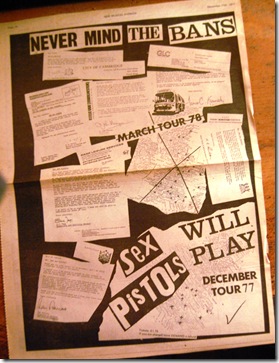 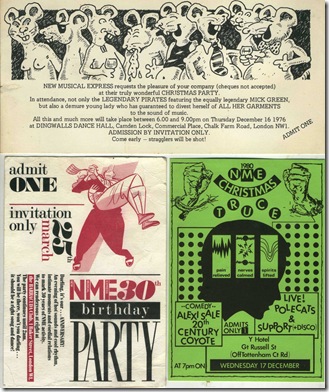 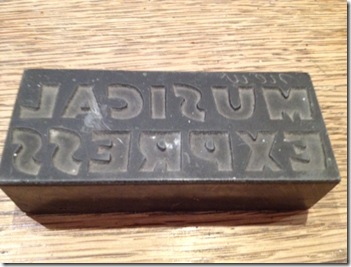 Thanks to Nick Logan for this last-minute addition to the post – the original printing block for the old NME logo, which he rescued from the printers before it was dumped.