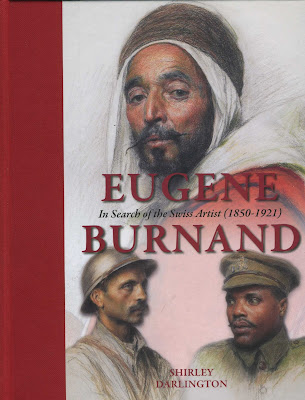 This very engaging and beautifully produced book begins with the story of a reunion through Friends Reunited, the precursor of Facebook, of two friends who had last met in primary school - the author of this book Shirley Darlington and Doug Jenkinson, who was intent on tracking down Swiss artist Eugène Burnand (1850-1921) to whom he thought he was distantly related.

They both joined in a quest, Shirley offering to help with French translations, that has led to this book and  the uncovering of the story of this unique Swiss artist. Much documentation and lost paintings were discovered and the main results are now housed in a museum at Moudon in Switzerland and can also be seen on an extensive website put together and maintained by Doug.
www.eugene-burnand.com

Burnand's bucolic paintings of the rural life, animals and landscapes of the Alps are beautiful but the most extraordinary aspect of his life and career is a set of 104 pastel portraits of "Military Types" of World War 1.

He began them in 1917, taking advantage of a diplomatic mission to Paris. He was also able to go to Montpelier and Marseilles where many soldiers were recuperating from their time at the Front. Portraits of generals and army elite are in  the minority. Most are "les poilui" , ground troops drawn from many European countries and far-flung colonies, many of whom worked as trench diggers or porters.

The portraits are executed in pencil and pastel, are almost life-size, with Burnand sitting "knee to knee" with this subjects, who were paid for the sitting, which often took place in his own home. Many were completed after the war when he and his family returned to Paris where there were still many military personnel. He managed to complete 102 portraits by the time he died in February 1921. The last painting, of a nurse.signed, was on his easel when he died. 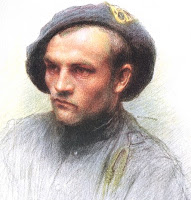 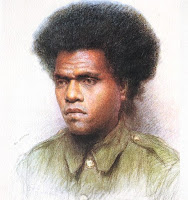 In total there were 47 countries involved in the First World War and THE GENERALIST must admit to having given little thought to the colonial troops involved in the conflict. These numbers are staggering. 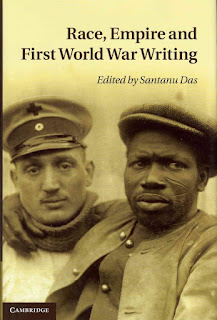 'In 1914, the whole of Africa, except Ethiopia and Liberia, was under European rule and Great Britain and France controlled the two largest colonial empires. They would draw on them extensively during the war for both human and material resources.

'Among the various colonies of the British empire, India contributed the largest number of men, with approximately 1.5 million recruited during the war up to December 1919.

'The dominions (self-governing nations within the British Commonwealth) – including Canada, South Africa, Australia, New Zealand and Newfoundland – contributed a further 1.3 million men. New Zealand’s mobilisation of more than 100,000 men may seem relatively small compared to India’s, but in proportionate terms New Zealand made one of the largest contributions to the British empire, with five percent of its men aged 15-49 killed. Indian and New Zealand troops fought together in Gallipoli, where out of a total of 3000 Indian combatants, some 1624 were killed, a loss rate of more than 50 per cent.

'In total, as Hew Strachan has noted, over 2 million Africans were involved in the conflict as soldiers or labourers; 10 percent of them died, and among the labourers serving in Africa, the death rates may have been as high as 20 percent.

'Additionally, nearly 140,000 Chinese contract labourers were hired by the British and French governments [to clear WWI battlefields] forming a substantial part of the immigrant labour force working in France during the war.

'With the entry of the United States into the war, nearly 400,000 African-American troops were inducted into the US forces, of whom 200,000 served in Europe.'

Three other valuable books on the same topic.

David Olusoga is a British-Nigerian historian, broadcaster and film-maker who made a two-part BBC-TV series broadcast in 2014 and entitled 'The World's War'. A prime source.

In 1914 there were at least 10,000 black Britons, many of African and West Indian heritage, fiercely loyal to their Mother Country. Despite being discouraged from serving in the British Army during the First World War, men managed to join all branches of the armed forces and black communities made a vital contribution, both on the front and at home. By 1918 it is estimated that the black population had trebled to 30,000, and after the war many black soldiers who had fought for Britain decided to make it their home. Poignantly, it concludes by examining the anti-black race riots of 1919 in cities like Cardiff and Liverpool, where black men and their families came under attack from returning white soldiers who resented their presence, in spite of what they had done for Britain during the war. With first-hand accounts and original photographs, Black Poppies is the essential guide to the military and civilian wartime experiences of black men and women, from the trenches to the music halls. Black Poppies is the first book of its kind to focus on the black British experience during the Great War; this new offering from Stephen Bourne is fascinating and eye-opening.

'The Motherland Calls'  is Stephen Bourne’s second book to unearth a hidden history of black Britain and the Second World War. This book highlights some of thousands of black British, Caribbean and West African servicemen and women who supported the British war effort from 1939-45. Black volunteers from across the British Empire enthusiastically joined the armed forces and played their part in fighting Nazi Germany and its allies. 'The Motherland Calls' complements Stephen's previous book 'Mother Country' which told the story of the contribution made by black Britons on the Home Front.Drawing on the author's expert knowledge of the subject, and many years of original research, 'The Motherland Calls' reveals the brave men and women who volunteered to fight the forces of Nazism. These include RAF personnel: Ulric Cross (Trinidad), Cy Grant (Guyana), Billy Strachan & Sam King (Jamaica), Peter Thomas (Nigeria) and Johnny Smythe (Sierra Leone). Army personnel who are highlighted in the book include ‘Joe’ Moody, Lilian Bader & Ramsay Bader (Britain), Connie Mark, who served in the ATS in Jamaica, and Isaac Fadoyebo (Nigeria). Navy personnel include Sid Graham (Britain) and Allan Wilmot (Jamaica).'