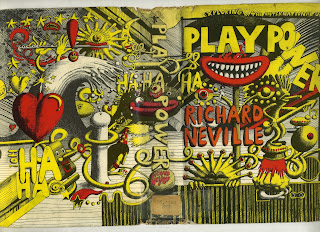 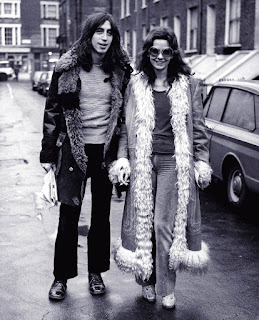 News comes this morning that we have lost one of the most vibrant and charismatic figures of the 1960s underground - Richard Neville - who was an inspiration. This brilliant cover of his first major book 'Play Power' was  executed by the marvellous Martin Sharp. 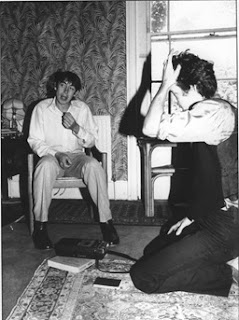 You can read a 4-post reprint of my 1980 NME Dick Tracy interview with Richard Neville about his book 'Bad Blood' which tells the story of Charles Sobhraj, the hippy trail serial killer. Click here and scroll down: http://hqinfo.blogspot.co.uk/2011_02_01_archive.html 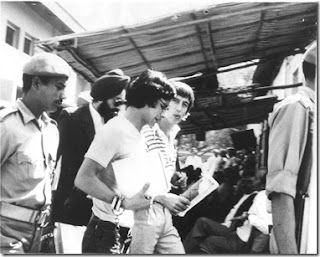 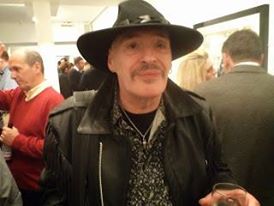 Richard Neville changed my life.
I mean that in the most specific and literal sense: if it hadn't been for Richard first co-founding OZ and then throwing the magazine open to smart discontented teens for what became the 'Schoolkids Issue' in 1970, I would not have had what I laughingly refer to as the 'career' which has rendered me old, broke, crazy and mildly notorious. Without Richard (and Jim Anderson, and the equally late Felix Dennis, the other two points of the classic OZ editorial triangle), I'd've had to settle for librarianship or the duller bits of the Civil Service. And I'd probably never have left Reading.
Richard wasn't a great writer, and he knew less about everything (art and politics as well as sex, drugs and rock & roll) than he would have liked us to think, but he MADE STUFF HAPPEN. Not only that, but he used his devastating charm and energy to attract people who could get the work done. Jim had him beat on the literary end, and Felix on the Biz, but Richard was both front man and facilitator.
In many ways, his greatest talent was his ability to enthuse, inspire and unite seemingly disparate people. 'Charisma' doesn't even begin to cover it. (Thank the power that drives the universe that he never went into bourgeois politics.) Around Richard, everybody became more ... themselves.
He saw something in me which nobody else ever had, and he nurtured and encouraged me to get the bad writing (the embarrassing teenage waffle) out of my system so I could get to the good stuff. Without the encouragement, mentoring, coaching and opportunities I got from Richard (and Jim, and Felix) I'd never have developed the confidence to believe that I could ever have turned pro as a writer. They sussed that I had a talent, and that what I needed was craft and discipline.
Without Richard, I'd be nothing and no-one. (I still remember handing in some copy, in the margin of which he scrawled 'Bold' and 'Unjustified.' I thought that was a little harsh -- I was, after all, a beginner -- but he later explained to me that those were simply instructions to the typesetter.)
(Young folks -- ask your grandma what a 'typesetter' was.)
The last time I saw Richard (and no, that's not an OVERT Joni Mitchell reference) was at a book launch (no idea whose) sometime in the 1980s when he was flirting outrageously with Paula Yates. Or was it the other way around?
He was also the first Bowie fan I ever met, and he took me to see DB at The Roundhouse in 1970.
When a bunch of us were gathered together a year or two back to mark the passing of Felix Dennis, Jim was there, but Richard wasn't. He was, apparently, too unwell to travel from Down Under. I was massively disappointed, because I wanted to thank him for the life I've had.
Influence? Well, not an influence in the same way that Bob Dylan, Raymond Chandler, John Lee Hooker, HST, Norman Mailer, Pauline Kael or Jimi Hendrix were, but ...
The main reason that I am who I am (whoever THAT is) and did what I did (whatever THAT was) ... is because Richard Neville gave me a chance.
RIP. If (a) heaven exists, (b) we both get there and (c) they have weed and Rizlas, I'll roll you one.
Final thoughtage: if I can now successfully masquerade as a Grand Old Man Of The Counter-Culture, it's because so many of the Real Guys are gone now. No more Felix Dennis, no more Mick Farren, no more Lemmy, no more Bowie ... If you're fortunate enough to run into Barry Miles, John Sinclair, Jeff Dexter, Dick Pountain, Ed Ward, Wayne Kramer, Su Small or John May, supply them with stimulants and get them to Tell You Stuff.
Get the most out of all of us while we're still here.
Will the last person out of the Enlightenment please turn the light back on?