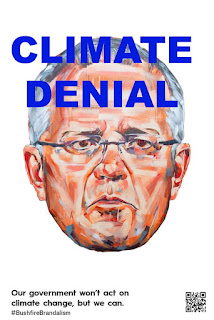 The Australian bushfires have released more CO2 than the combined annual emissions of 100 countries. Add the country’s domestic emissions and the emissions from the vast amounts of coal and gas it exports and Australia becomes the world’s 4th largest emitter after China, the USA, and India, in spite of its population of only 26 million.

See: Counting the Cost of Australia's Summer of Dread. The Guardian 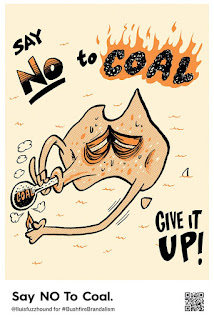 Australia is the world’s largest exporter of coal. It accounts for close to 4 percent of the worldwide carbon emissions after including the contributions from its vast international sales of fossil fuels.

The Carmichael coal mine  in Central Queensland, Australia has been approved by the Queensland and federal Australian governments.

The mine is proposed by Adani Mining,  subsidiary of India's Adani Group.

Exports are to leave the country via new port facilities after being transported to the coast via a new 189 km rail line. Most of the exported coal is planned to be shipped to India.The mine has drawn immense controversy the damaging environmental impacts including the potential impact upon the Great Barrier Reef, the groundwater at its site and its carbon emissions.


'Carmichael - located in Queensland's unexploited Galilee Basin and proposed by Indian conglomerate Adani - would take the crown of Australia's biggest and baddest coal mine and be one of the largest single mines in the world. It would double the size of Australia's biggest existing coal mine - 60 million tonnes of coal per year at full capacity. It is planned to operate for 90 years, several decades longer than an average coal mine. The plan also involves hundreds of kilometres of new railway tracks and new coal port terminals that threaten the Great Barrier Reef. It is estimated to cost AUD 16.5 billion.
The extent and intensity of the impacts associated with this project would be profound. And yet, the Environmental Impact Statement (EIS) is riddled with holes and errors. This raises serious questions about whether the current approvals system is adequately equipped to protect people and the environment from developments that are just too damaging.' Source: Banktrap 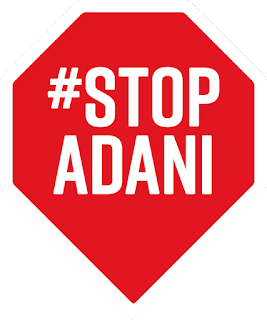