CLIMATE CRISIS: GREENING CARS/ THE FALL AND RISE of SUVs

THE GENERALIST has written about Green Cars and related issues in two previous posts, which can be read in full here. Earthed: Green Car Guide [Sept 25th 2006] and Earthed: Green Cars 2008 [Nov 8th 2008]. It's interesting to see what progress or not has been made in the last 12-14 years. The most intriguing story is about SUVs. 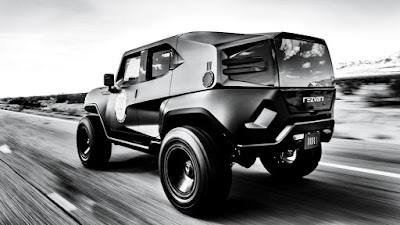 'Ford has finally predicted the fall of the SUV, a vehicle that has supported the company’s finances for decades. SUV sales have been falling month by month with a speed that Ford’s chief sales analyst describes as “pretty eye-popping”. As consumers abandon SUVs and light trucks in favour of smaller cars, the big three US automakers, General Motors, Ford and Daimler-Chrysler, are having to take a hard look at their own product lines. Ford announced in early June that it would produce 58,000 fewer trucks in the next quarter than it had in the same period last year – but 40,000 more cars. Meanwhile Chrysler’s senior vice-president of sales, Gary Dilts, has told the Washington Post that his company plans to ‘dial up’ the fuel-efficiency message, with TV ads highlighting how many miles per gallon you can get in its more compact cars.As Detroit hits problems, the main beneficiaries of the new trend are the Japanese. Toyota and Honda are seeing their pioneering investments in fuel-efficient compact cars and petrol-electric hybrids start to pay big dividends. Toyota is on the verge of overtaking GM as the world’s largest vehicle manufacturer.'


'Our work has always been driven by the overriding desire to look after the environment, which includes helping with solutions to the issues of climate change and local air pollution, but we also believe that today’s overriding political priority is sustainable development; it is possible for people to like cars and the planet, and so for over 13 years our passion has been to promote cars with the least impact on our environment.

The site is updated monthly. The current section GREEN 4X4S, SUVS AND CROSSOVERS reads in part:

'Our reviews cover electric, plug-in hybrid, hybrid, petrol and diesel 4x4s. Diesel cars are in the headlines for all the wrong reasons at the moment, but usually the most efficient 4x4s that we’ve tested in real life driving are diesels, and the very latest RDE2 diesel engines are as clean as petrol engines for emissions that impact on local air quality, and they have lower CO2.'

'So whatever size and type of 4×4 you want, there should be an efficient one to suit you. But it’s worth remembering that aerodynamics and weight are two of the worst enemies for real-life economy, and 4x4s and SUVs usually have a large frontal area and are heavy, so if you want ultimate efficiency, ask yourself if you really need a 4×4. A crossover estate body style is more aerodynamic, and usually lighter than a full size SUV. It will also be better to drive on the road.'

The Institute of Economic Affairs (IEA) is described by Wikipedia as a right-wing neo-liberal think-tank. Not a source that The Generalist would ordinarily use. However on October 15th 2019, they published an extraordinary paper written by Energy Modellers Laura Cozzi and Apostolos Petropoulos which makes shocking reading.

The background to this story is the rise of electric vehicles and a decline in the sales of comnventional cars. They write:

'Carmakers plan more than 350 electric models by 2025, mostly small-to-medium variants. Plans from the top 20 car manufacturers suggest a tenfold increase in annual electric car sales, to 20 million vehicles a year by 2030, from 2 million in 2018. Starting from a low base, less than 0.5% of the total car stock, this growth in electric vehicles means that nearly 7% of the car fleet will be electric by 2030.'

'Meanwhile, the conventional car market has been showing signs of fatigue, with sales declining in 2018 and 2019, due to slowing economies. Global sales of internal combustion engine (ICE) cars fell by around 2% to under 87 million in 2018, the first drop since the 2008 recession. Data for 2019 points to a continuation of this trend, led by China, where sales in the first half of the year fell nearly 14%, and India where they declined by 10%.

They suggest that: 'These trends have created a narrative of an imminent peak in passenger car oil demand, and related CO2 emissions, and the beginning of the end for the “ICE age.”

They ask the question: 'As passenger cars consume nearly one-quarter of global oil demand today, does this signal the approaching erosion of a pillar of global oil consumption?

They then reveal the shocking truth: 'A more silent structural change may put this conclusion into question: consumers are buying ever larger and less fuel-efficient cars, known as Sport Utility Vehicles (SUVs).'


This dramatic shift towards bigger and heavier cars has led to a doubling of the share of SUVs over the last decade. As a result, there are now over 200 million SUVs around the world, up from about 35 million in 2010, accounting for 60% of the increase in the global car fleet since 2010. Around 40% of annual car sales today are SUVs, compared with less than 20% a decade ago.


This trend is universal. Today, almost half of all cars sold in the United States and one-third of the cars sold in Europe are SUVs. In China, SUVs are considered symbols of wealth and status. In India, sales are currently lower, but consumer preferences are changing as more and more people can afford SUVs. Similarly, in Africa, the rapid pace of urbanisation and economic development means that demand for premium and luxury vehicles is relatively strong.


The impact of its rise on global emissions is nothing short of surprising. The global fleet of SUVs has seen its emissions growing by nearly 0.55 Gt CO2 during the last decade to roughly 0.7 Gt CO2.

As a consequence, SUVs were the second-largest contributor to the increase in global CO2 emissions since 2010 after the power sector, but ahead of heavy industry (including iron & steel, cement, aluminium), as well as trucks and aviation.

On average, SUVs consume about a quarter more energy than medium-size cars. As a result, global fuel economy worsened caused in part by the rising SUV demand since the beginning of the decade, even though efficiency improvements in smaller cars saved over 2 million barrels a day, and electric cars displaced less than 100,000 barrels a day.

In fact, SUVs were responsible for all of the 3.3 million barrels a day growth in oil demand from passenger cars between 2010 and 2018, while oil use from other type of cars (excluding SUVs) declined slightly. If consumers’ appetite for SUVs continues to grow at a similar pace seen in the last decade, SUVs would add nearly 2 million barrels a day in global oil demand by 2040, offsetting the savings from nearly 150 million electric cars. 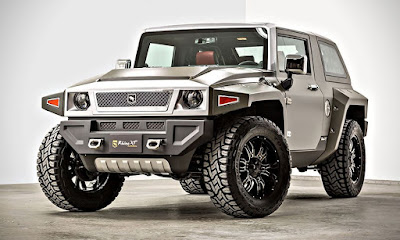 In an essay by Julia Poliscanova entitled: 'Mission Possible: How carmakers can reach their 2021 CO2 targets and avoid fines' published in September 2019 on the Transport & Environment website. They are a non-profit politically independent organisation, whose vision is to try and a create a 'zero-emission mobility system that is affordable and has minimal impacts on our health, climate and environment.'

'Since we were created 30 years ago, T&E has shaped some of Europe’s most important environmental laws. We got the EU to set the world's most ambitious CO2 standards for cars and trucks but also helped uncover the dieselgate scandal; we campaigned successfully to end palm oil diesel; secured a global ban on dirty shipping fuels and the creation of the world's biggest carbon market for aviation - just to name a few. Credibility is our key asset. We are a non-profit organisation and politically independent.

'The EU car CO2 law setting a 95 g/km target for 2020/21 agreed a decade ago was intended to achieve a step change in car emissions crucial to decarbonising transport. But just 16 months before the target comes into force carmakers are less than halfway towards their goals.

The pitiful progress to date has been caused primarily by three factors. Firstly, a failure to significantly improve the CO2 emissions from conventional engined cars by fitting more clean technologies. Secondly, the very limited supply of zero emission and plug-in hybrid models, purposefully constrained by carmakers to keep selling conventional models. Thirdly, a huge growth in sales of SUVs that have leapt from 7% in 2009 to 36% in 2018 and are expected to reach nearly 40% by 2021.

On average, SUVs have CO2 emissions 16 g/km (or 14%) higher than an equivalent hatchback model, and for every 1% shift in the market to more SUVs, the CO2 emissions increase by 0.15 gCO2/km on average.

In other words, the increase in SUVs since 2013 has had a CO2 effect 10 times more than the diesel decline. In reality, carmakers’ performance is even more disappointing since half of the emissions reductions since 2008 happened through manipulation of the official laboratory tests.

Professor Jillian Anable, UKERC Co-Director said:
“The rapid uptake of unnecessarily large and energy consuming vehicles just in the past few years makes a mockery of UK policy efforts towards the ‘Road to Zero’.


Effectively, we have been sleep-walking into the issue. The decarbonisation of the passenger car market can no longer rely on a distant target to stop the sales of conventional engines. We must start to phase out the most polluting vehicles immediately.
It is time to enact a strong set of regulations to transform the entire car market towards ultra low carbon rather than focusing solely on the uptake of electric vehicles.”


“There is now overwhelming consensus that achieving net-zero requires the phase out of fossil-fuelled vehicles to be brought forward to 2030 and this must include hybrids.

At the same time government should take action to counter ‘unintended consequences’ such as the recent trend in the UK to buy larger, heavier cars such as SUVs. This trend is global so will require policy and industry action across all global markets including the US, EU and China.”


“Electrifying bigger crossover [SUVs] is much more difficult so you’re more likely to see [electrification] in small, compact crossovers,” says Bailey. Until now, the car industry has focused on electrifying smaller passenger cars which are easier to convert and are more attractive to environmentally-minded consumers.

But that could be about to change. Bailey says that more compact – and therefore more fuel efficient – SUVs are starting to win out over their beefier brethren. In 2019, sales of midsized SUVs declined by 8.2 per cent while small SUVs and crossovers continued to grow by 13 per cent in the first half of the year. Among the most expensive SUVs, sales of large models were down two per cent while the compact segment was more than filling the gap, growing by 18 per cent in the same period.


“The bubble has burst for big and medium-sized SUVs. The growth is going to be in small, compact crossovers” says Bailey.

Robert Yates The article doesn’t really distinguish between the different types of “SUV’s” that are on the market now.
The new diesel engines of the ‘Euro 6,7 and soon 8’ standard. Pollute less than Petrol driven cars and have a smaller or equal total carbon footprint than both hybrid, Electric and Petrol.
Mercedes and I believe VW too are working on a very clean diesel engine.
The big sinners seem to be the large real 4x4’s. Many SUV’s these days are not 4x4’s and are smaller hybrid and urban models.
I have a diesel Nissan Qashqai SUV. It has a 1.5 Euro 6 engine. It pollutes less than a coresponding petrol model and is the most economical car I have ever owned.
I measured a 70km stretch in Norway last year and managed 30.5 kms. Per litre. Pretty damned good.
I easily manage 22 around town.
It pollutes so little that is allowed in the emission restrictive zones in German cities etc.