Ships move approximately 80% of the world’s goods. When compared to other forms of transportation, marine shipping is the most energy-efficient way to move large volumes of cargo.'[Source: Clear Seas]

'If you leave out passenger ships and tugboats, there are about 51,000 commercial ships on the ocean, mostly cargo vessels transporting everything from fish fingers and fridges to cars and crude oil. We all depend on this industry. According to the United Nations Conference on Trade and Development (UNCTAD) about 80 per cent of the goods we trade go by sea. The dominance is because ships move goods around cheaply, if slowly. Ships also emit less carbon dioxide than other modes of transport.

The world’s key ports have committed themselves to reduce greenhouse gas emissions (GHG) while continuing their role as transportation and economic centres. This commitment is called the World Ports Sustainability Program (WPSP). The ports do this through influencing the sustainability of supply chains, taking into account local circumstances and varying port management structures. The ports actively seek the cooperation of ships in support of measures to reduce emissions to air from ships.

In April 2018, delegates at the International Maritime Organization (IMO), the UN agency that regulates international shipping, agreed on a target of reducing the sector's emissions of greenhouse gases (GHG] by at least 50 per cent by 2050 and pursuing efforts to phase them out entirely..'

'In fact, [in March 2018] a report from the Organisation for Economic Co-operation and Development found that shipping emissions could be cut 95 per cent by 2035 using existing tech. How?

The first thing is to change the way ships operate.

Reducing ship speeds could save up to two-thirds on fuel. While this sounds easy, it would reduce owners' annual profits, so they won't do it voluntarily.

We could also boost fuel efficiency, by building bigger but more slender ships from lighter materials and equipping them with drag-reducing tech already fitted to some vessels. Such measures could reduce fuel use by more than a third.

The last, and most important, change is to replace the heavy fuel oil used by most ships. Even switching to liquefied natural gas would provide big savings. Better yet would be to completely replace fossil fuels with hydrogen, ammonia, electricity or even nuclear power. Ships could also harness solar and wind power.

The challenge is to make all this happen, and fast.

Cutting shipping emissions to near zero will require eventually replacing most of the ships now in service. But ships are expensive to build and remain in use for a long time. The average age of the commercial fleet is 25 years.

This is one of the reasons why many wanted the IMO to set a much more ambitious target now. If shipping companies don't start designing and building greener ships soon, we will run out of time. And the IMO is not exactly in a rush. It is not due to come up with a final plan for actually achieving the 50 per cent target until 2023.

The IMO has no direct way to enforce this. The countries ships sail between - the port states -have some powers to enforce what happens in their waters.

The rules in international waters are meant to be enforced by the countries where ships are registered - the flag states. Most ships are now registered to flag states such as Panama and Liberia rather than in the countries where they operate. This is done to avoid tougher regulations and higher costs elsewhere, so it is far from clear whether the major flag states will be willing and able to enforce emissions targets - especially as some have been fighting to prevent them.

Ship owners, meanwhile, are not going to want to cut emissions if it costs them money.   A big part of the problem here is that the heavy fuel oil is not taxed, while some alternative energy sources, like electricity, are. So the world urgently needs to impose some form of carbon pricing on shipping - as it does on all fossil fuels. 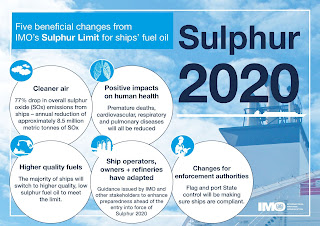 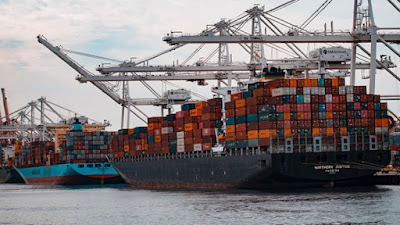 According to the business intelligence company CRU the IMO 2020 MARPOL Annex VI policy is likely to raise freight rates by around 10-20%.

According to IMO: 'Ships may also meet the SOx emission requirements by using exhaust gas cleaning systems or “scrubbers”, which “clean” the emissions before they are released into the atmosphere. CRU says that uptake of scrubber systems has been higher than anticipated and their growth will accelerate further.

[See all Ship Sizes on the Maritime Connector site] 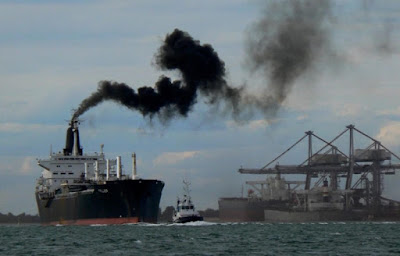 According to Clear Seas Centre for Responsible Marine Shipping in Vancouver:

LNG As Marine Fuel Revealed To Be Worse Than Business As Usual For Climate – Report By MI News Network | In: Shipping News | January 28, 2020 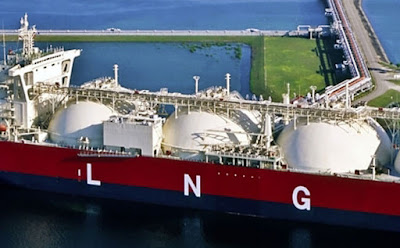 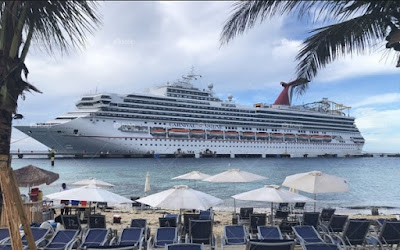 This has not been a happy week for cruise operators. On Sunday morning, a large cruise ship collided with a dock in Venice, injuring four people.  On Monday, a judge in Miami approved a $20m settlement with Carnival Corporation, the world's biggest cruise operator, for repeatedly polluting oceans.

"If you all did not have the environment, you would have nothing to sell," Judge Patricia Seitz observed sharply to Arnold Donald, chief executive of Carnival, in Miami. Carnival pleaded guilty to having dumped waste and oily water into the sea, despite a previous criminal conviction for the same offence.

Cruise operators need to clean up their act. They face protests at the most popular spots such as Venice, Dubrovnik and the Norwegian fjords for sailing behemoths there — the Opera looks big but is only half the size of MSC Cruises' latest vessels, which can take 5,000 passengers.
Now they are under scrutiny for their emissions and the waste they generate.

It is unfair in some ways. Cruising is a growing form of tourism but still tiny compared with the industry as a whole: 28m people took cruises last year out of about 1.4bn tourist arrivals in foreign countries. It suffers the curse of the visible — cruise ships, with what the Miami court settlement monitor called "all the myriad needs of a small free-floating city", are hard to ignore.

"The more people cruise the world, the more the world becomes a better place," Carnival claims in its 2017 sustainability report. There is something to that. McKinsey & Co estimates that travel and tourism generated $7.9tn, or 10 per cent of global gross domestic product, in 2017, and more than 1,000 crew can be employed on a cruise ship. But it is not unalloyed gain.

One problem is emissions. Cruise ships use heavy oil for fuel, like other commercial ships, and the shipping industry is estimated to create 13 per cent of sulphur dioxide emissions, causing 400,000 cases of premature death globally a year. There are sulphur control areas along coasts, yet one Carnival ship was found to have burnt oil inside Iceland's protection zone.

Operators including Carnival use filters to curb emissions and some are turning to liquefied natural gas as a fuel — Carnival's AIDAnova, a liner powered by LNG that can carry 6,600 passengers, went into service last year. But the sector as a whole remains a polluter.

A second problem is waste disposal. Carnival was originally fined $40m in 2017 after a whistleblower on a ship operated by Princess Cruise Lines, one of its subsidiaries, disclosed that its crew had secretly dumped oil-contaminated bilge water into the sea through a "magic pipe" since 2005.

Cruise ships also collect a lot of "grey water" from showers and "black water" sewage.
No cruise ship is allowed to dump untreated waste into the sea, even beyond the 12-mile coastal zone imposed by maritime law, and modern ships have extensive treatment facilities.
The Cruise Lines International Association estimates that ships recycle 60 per cent more waste per person than on land, but the Carnival case shows that breaches are common.

Compared with tourism as a whole, the cruise industry is a limited cause of ecological concern. But it is growing beyond the baby-boomer market in Germany and the UK, where the average passenger is 57. Virgin is launching a cruise ship next year aimed at a younger crowd, promising a "sailor experience that balances the duality of enjoying the earth and caring for it".

This growth, and the fact that cruise ships are contained environments that could become leaders in sustainable tourism, make it vital to avoid repetitions of the Venice crash and the Carnival case. Taking them out of the Giudecca Canal, where they overshadow Venice, is a start, but other ports need to ask themselves how much they need sail-by visits from the giants. Most of the environmental responsibility lies with the operators themselves, which have raised their standards but need to do more. It is tempting to behave badly at sea, when no one is watching, but it is ugly.