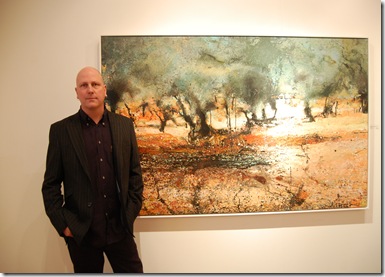 The Generalist was present at the art launch of Kurt Jackson's splendiforous outpouring -  130 pieces of Forest Garden artworks which, in the flesh, are quite stunning.  They range in size from seemingly fragile scraps on which Kurt has painted a delicate bottle of flowers, to vast unruly landscapes, created plein air then taken to the studio, stretched and amended. 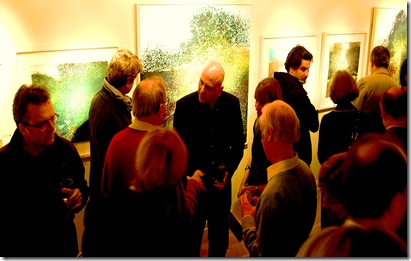 The reproductions in the catalogue cannot give the tactile and immediate feel of the artwork, most often on rough-torn pieces of canvas and, occasionally, newspaper. 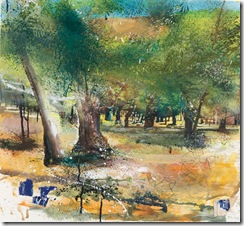 There is no question that Kurt is one of the great painters of trees. His impressionistic technique, using a variety of materials and techniques, is quite stunning and in tune with the history of English art. Let's talk Samuel Palmer here, whose trees are full of mystic strangeness. Kurt's trees often look like explosions, a dense and expanding mass of colour which gives them life and vigour and beauty and splendour. 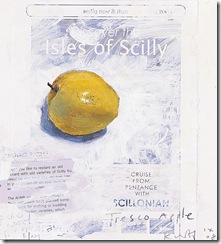 Kurt Jackson (b1961)  has been the official artist for the Glastonbury Festival for many years and is perhaps best known for his extensive documentation of Cornwall, his home base since 1984. The son of two painters, he was encouraged from an early age to both paint and draw. He grew up exploring the hedgerows and streams of his surroundings, often sketching the animals he observed. Before reaching university age Jackson had travelled extensively throughout the world including the Amazon Rainforest and the Arctic Circle. His parents were active in the peace movement and he was taken on many political demonstrations. By his late teens he had developed his own affiliations to libertarian politics and environmental issues.

The new show's catalogue is introduced by nature writer Richard Mabey and the show will benefit Survival International. There are really important environmental issues here about the role of 'forest gardens' - a new concept to most people. 'Harvest forests, forests nudged, pruned, picked over', writes Mabey, 'existed long before the invention of agriculture.'

Jackson travelled to the almond woods of southern Spain, to rare

apple orchards, olive groves and the great oak forests of Provence, where cork is stripped and chestnuts harvested. These important ecosystems - which sit somewhere between the farm and the wilderness - should be celebrated more highly and recognised as unqiue environments that deserve the fullest protection. Many are under threat from climate change, forest fires, tree diseases and other factors. 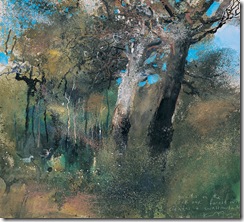 forest products  - fungi, edible fruits and flowers, honey, nuts, animals for meat, craft materials, medicines and gardening supplies - for which there is a developing market. Scotland are ahead in promoting this as a way of generating income and protecting forests.

One feels inspired and healed by being in the presence of Kurt's work. These are things of real beauty, realised in a unique way. The colours sing, the leaves breathe. You feel drawn into the moment of when they were created, a fact contributed to by Kurt's aide-de-memoire scribbles on most paintings, which provide a short word portrait of the circumstances in which the painting was created. 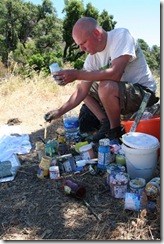 There is a strength in Kurt's work which comes from sheer hard  work, his immersion in natural environments, his down to earth character. A beautiful experience.

The exhibition runs at the Messum's Gallery in Cork Street, London until the end of Jan.