HOW TO SEE THE WORLD/NICHOLAS MIRZOEFF 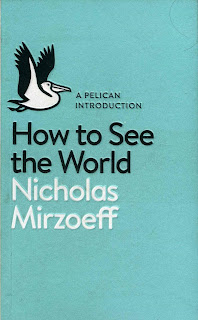 This is a review of  'How To See The World' by Nicholas Mirzoeff - a very important book for our time. Its about visual culture. Its radical in its implications.

The crucial insight which led to the concept of 'visual culture' - later simply defined as 'a history of images'  - came from John Berger's celebrated 1972 tv series and book. Berger defined the image as 'a sight which has been recreated or reproduced' which, Mirzoeff explains, 'flattened the hierarchy of the arts by making a painting or sculpture equivalent in this sense to a photograph or an advertisement.' 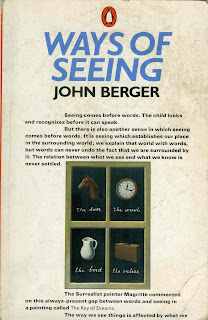 Berger, in turn, had drawn on a famous 1936 essay by the German critic Walter Benjamin 'The Work of Art in the Age of Mechanical Reproduction' (only translated in English in 1968). Not only had photography destroyed the notion of the unique image (as many copies could be made) but also the growth of high-quality reproductions in papers and magazines suggested to Benjamin that a new era was at hand.

Mirzoeff believes that, 'With the astonishing rise of digital images and imaging, it surely seems that we are experiencing another such moment. Firstly a photo was created by light; digital photos, on the other hand, are 'a sampling of what hits the sensor rendered into computer language and computed into something we can see.'

In addition, he writes, 'what we are experiencing with the Internet is the first truly collective medium...There is a new 'us' on the Internet and using the Internet, that is different from any 'us' that print culture or media culture has seen before....From the new feminisms  to the idea of the 99 per cent, people are reimagining how they belong and what that looks like.'

In the process of positing photos and videos on the web, Mirzoeff suggests we are trying to make sense of our changing world. This piece of text is from his website. It neatly pulls together key ideas from the book.

Three students holding a banner that reads "Soyez réaliste, demandez l'impossible" (Be realistic, demand the impossible), a slogan from the Mai 1968 student movement in France, during pro-democracy demonstrations in Hong Kong on Monday. Photo: AFP

BE REALISTIC, DEMAND THE IMPOSSIBLE

'The world is changing. Can you see it yet? Since 2008, there has been a dramatic explosion of visual imagery. At the same time, the world has changed in four key ways–and that’s not counting the financial crisis. The two patterns are closely related. We take pictures to understand the change that has happened. And then we use them to make social change.

'Imagery is everywhere: one trillion photos were taken in 2014. 700 million SnapChat photos are posted every day. Three hundred hours of YouTube video are uploaded every minute. To put this in perspective: in 2012, there were “only” 250 billion photos taken, so the number has quadrupled in three years. Every two minutes, US residents alone take more photographs than were taken throughout the 19th century.

'The world is changing: since 2008, most people live in cities for the first time. By 2050, that figure is expected to rise to 66%. Two out of every three people will live in cities that take up about 4% of the world’s surface. Since 2011, most people are aged under thirty. Since 2014, roughly half the world’s population has access to the Internet. And in 2014, the result of all this networked urbanization was that CO2 passed 400 parts per million for the first time in millions of years.' 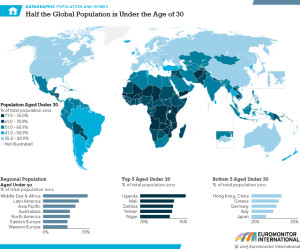 Mirzoeff's final chapter is headlined VISUAL ACTIVISM which highlights the fact that we need a revolution of vision, of purpose, maybe hope. We must find new ways of representing ourselves.

He writes:'Visionary organising is a way of thinking about how we might use our creative energies to better ends than cutting jobs and increasing profits. It is another form of visual activism. People around the world are coming to similar conclusions and finding new ways to engage with how to imagine change.'

The emerging visual vocabulary, 'is collective and collaborative, containing archiving, networking, researching and mapping among other tools, all in the service of a vision of making change....we can actively use visual culture to create new self images, new ways to see and be seen and new ways to see the world. That is visual activism.' 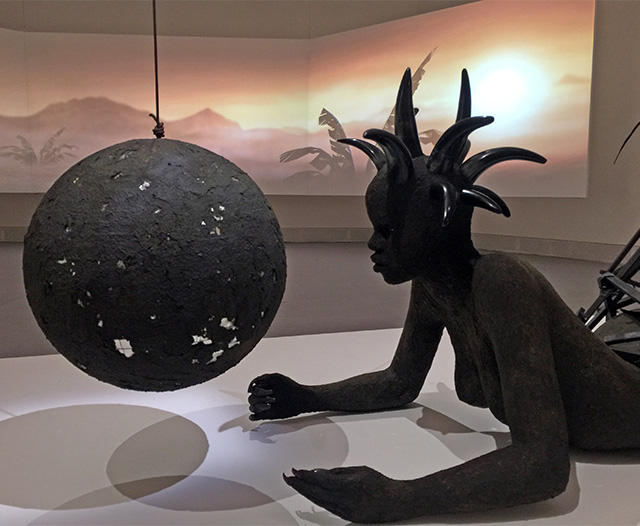 Wangechi Mutu
This sculpture entitled “She’s Got The Whole World in Her Hands” by Kenyan artist Wangechi Mutu visualized the condition of global visual culture in 2015: the typical person is a young, urban woman living in the global South. She probably has some kind of access to the Internet (45 percent worldwide now do). How she sees things is very rarely the concern of mainstream Western media, which might explain why they do such a bad job explaining what’s happening, let alone anticipating what might happen next.