MENTORED BY A MADMAN: THE WILLIAM BURROUGHS EXPERIMENT by ANDREW LEES + THE YAGE LETTERS and THE AYAHUASCA BOOM 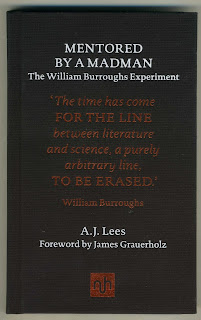 It would be hard to overpraise this remarkable and intriguing book and difficult to know where to begin to explain why.

Neurologist Andrew Lees is one of the most respected leading world experts on Parkison's, a condition which he has devoted much if not most of his adult life to, trying to understand its weird particularities and discover new healing strategies to dampen, if not cure, its most disruptive effects.

We follow the events that led him to choose neurology and he, in turn, leads us into the intimate, finest details of the human brain and how Parkinson's works its destructive force.

A deep drinker of experience and knowledge, he is advised by a senior neurology professor to study the thinking and working practices of Sherlock Holmes and to read Proust. 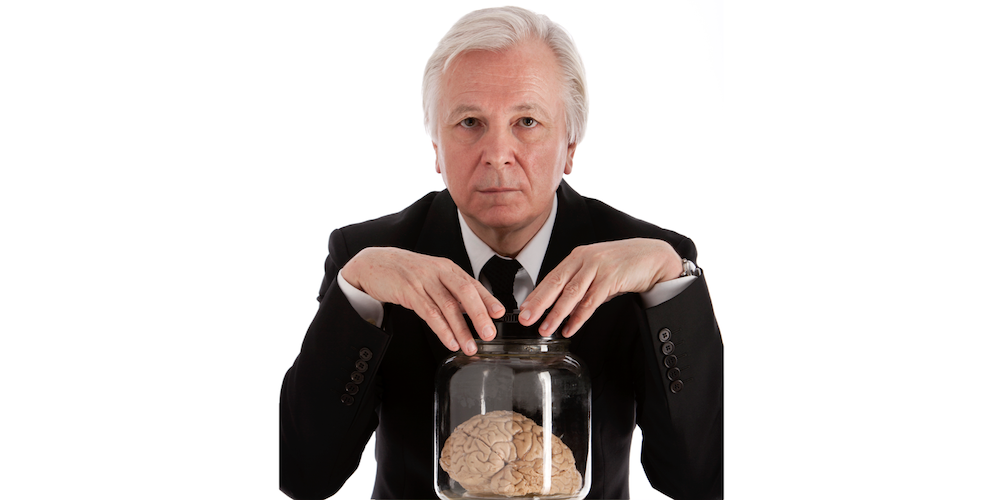 Lees' training involved intense and detailed observations and reports on patients - every reflex and gesture, use of language, part of body - monitored and documented. Parkinson's is very personal and requires a complete holisitic approach as it manifests itself in a myriad of forms and conditions.

Parkinson’s disease is caused by a loss of nerve cells in part of the brain called the substantia nigra. This leads to a reduction in a chemical called dopamine in the brain. Dopamine plays a vital role in regulating the movement of the body and a reduction in dopamine is responsible for many of the symptoms of Parkinson's disease.

Lees was great friends with the late Oliver Sachs whose book 'Awakenings' documented the discovery and use of L-DOPA - the first breakthrough treatment which increased dopamine concentration in the brain with dramatic results. It seemed at first to be a miracle cure but, over time, it proved to have peaks and troughs (on/off cycles) and to lose its initial potency. A better way had to be found to continuously stimulate the dopamine system. 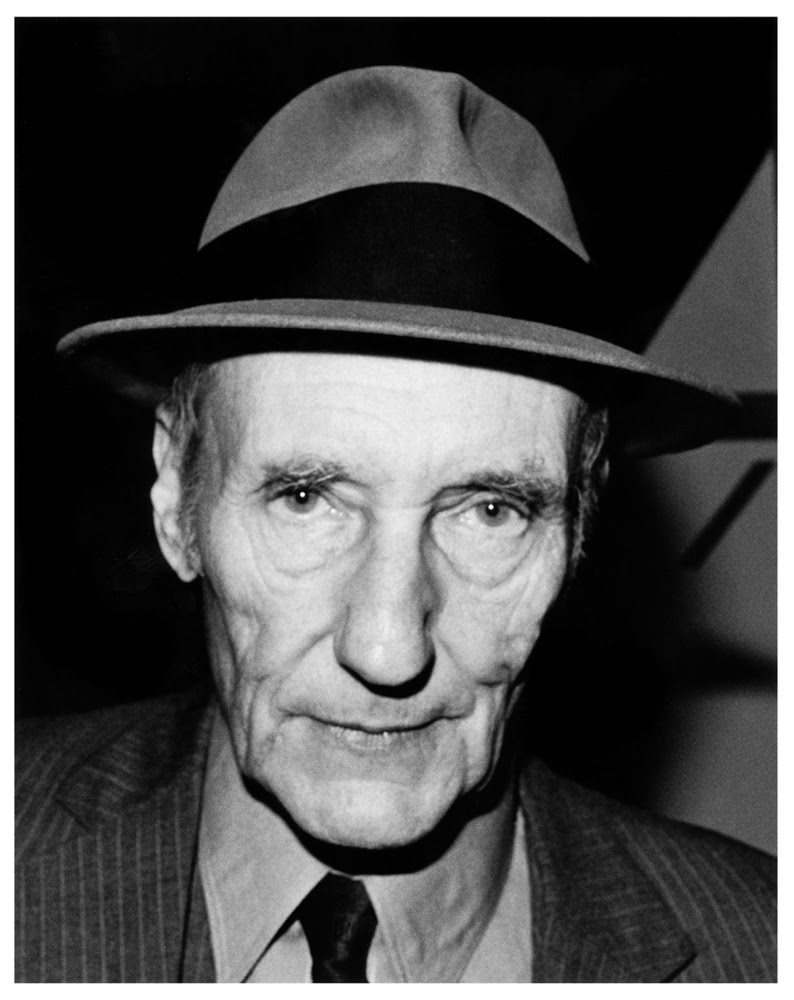 Lees did study Holmes and gained from the experience but where does William Burroughs come into it the story. Spookily, Ginsberg, Kerouac and others likened 'Old Bull Lee' (Burroughs) to a real-life Sherlock Holmes. Lees documents the similarities in appearance and lifestyle and the obvious differences:

It was Burroughs that, time and again in Lees' life, provided him with deep truths, uncanny tactics and fresh thinking as he wrestled to a deeper understanding of the puzzle of Parkinson's. After all, Burroughs had tried a bewildering range of mind altering and enhancing drugs, had been a full blown junky, and had survived to become a leading documenter of strange worlds and dimensions. He understood addiction and he was able, in highly crafted language to communicate his visions and experiences.

Burroughs had been cured of his junk addiction by a doctor in London who administered a cure involving a drug called apomorphine.

Lees writes: 'Sometimes in my dreams I was in the belly of a whale, watching three dimensional vibrating plankton glide by. One night sitting on the sea bed with a telescope, a diatom with a familiar benzene ring and two hydroxyl groups and a rigid side chain supported by thee carbon rings, unfurled before my very eyes. This was apomorphine and I was convinced it has appeared as a direct consequence of my re-reading of 'Naked Lunch'.

Lees experimented with a volunteer group of  patients and apomorphine proved to be a powerful remedy for the complications of advanced Parkinson's sufferers. Despite this, says Lees, 'it failed to capture the public imagination or interest the scientific press'.

Burroughs fascination with the natural pharmacopoeia of the Amazon jungle, in particular Yage (now much better known as ayahuasca) led Lees at the age of 66 to make his own journey to the Amazon. He writes:

'Hallucinogenic molecules could open up frightening new vistas of exploration and, if Burroughs was right, my trip to the Amazon would lead me to unimagined cures. I wanted to see whether yage could infuse my monochromatic research canvas and open up vivid new scientific perspectives.'

Here in the Amazonian port of Leticia in the far south of Colombia, he imbibed the dark liquid:


'As I lurch from bedroom to the bathroom my body seems to be creating lurid serpentine tints that zip across the wall like electric storms. I feel invisible raindrops on my arms as I am propelled on a beautiful aquamarine tide. In the gleaming of day I now know that rational consciousness is parted by the thinnest of films from illusion and dream. Seeing things that are not there can occur in the blind, the bereaved and even in waking dreams. The innate knowledge of the Amazon Indian assisted by the ritual use of sacred plants has given me second sight.  I understood for the first time how during hurricanes, chairbound victims of Parkinson's disease can magically override the poltergeist and escape to safety. The plant teachers...had shifted my understanding of reality. I could now see into my own mind.'

Burroughs was interested at one point in being a doctor and his writings are populated by scary medical types including the uber-figure of the dreaded Doctor Benway. Lees shares his distrust of short-sighted governing bodies, medical authorities and pharmaceutical companies who have, it is plain, blocked many areas of valuable research.

Burroughs, he writes, 'realised that science was blinding medicine and healthcare was ripping off its customers. I shared his view that the blunt rationalisation of society's control mechanisms was arresting human development and had started to cause self-harm and destruction of the environment.'

This shining gem of a book is irradiated with a deep-seated love and care for humanity. Andrew Lees thoughts, musings, investigations and adventures will touch your heart and open your mind. He has succeeded in erasing the purely arbitrary line between literature and science, has provided convincing evidence of Burroughs seminal influence in so many fields, and has created a classic work that will resonate and excite enquiring minds for decades if not centuries to come. Respect!

This book is, incidentally, beautifully produced - creamy paper, graceful typography, stylish red and black text -  something that is true of all Notting Hill Editions, a bespoke publisher devoted to the Essay form. Their website contains a valuable and accessible Essay Library which contains 100 examples free  to view. As to what constitutes an essay, Ophelia Field writes:

'The essays vary considerably in length, from one-and-a-half to over a hundred pages. Rather than setting a word limit, we think of Michael Holroyd’s definition of essays as ‘non-fiction short stories’ and so identify an essay in the same spirit as a publisher distinguishes short story from novella. Some cases, certainly, are debatable.' 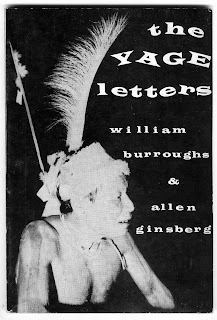 An original copy of 'The Yage Letters' documenting the correspondence between Allen Ginsberg and William Burroughs re their journeys and experiments with yage - as documented in the back cover notes (above). This is a a City Lights book [2nd printing/May 1965] in the Beat section of The Generalist Archive. I sat on a bench in the sun and more or less devoured it in one sitting (68pp), It is a wonderful ride. The main part of the book are Burroughs letters as he scampers across Latin America in search of the real yage and the secrets it holds. He must have had a remarkable constitution judging by the number of illnesses he picks up, strange meat he imbibes, his diet of various forms of native alcohol and substances, He survives incarcerations in police cells, violent bistros and dangerous muggers, taking all in his stride, This is 1953 in frontier towns in which death hovers round every tree and corner.
Seven years later, in 1960, Ginsberg writes to Burroughs after imbibing yage  (Ayahuasca) in Peru. never one to mess around, Ginsberg has a full-blown series of revelations in which he faces Death and says he 'felt like a snake vomiting out the universe.' After, later, he writes to Bill: 'I don't know if I'm going mad or not and it's difficult to face more - tho' I suppose I will be able to protect myself by treating that consciousness as a temporary illusion and return to temporary consciousness when the effects wear off.'.

Burroughs responds: 'There is no such thing a fear....You are following in my steps. I know thee way. And yes know the area better than you think. Tried more than once to tell you to communicate what I know. You did not or could not listen. 'You can not show to anyone what he has not see.'

Significantly he also introduces him to Brion Gysin's idea of bringing collage to the written composition, thus ushering in Burroughs 'cut-ups' which underpins his seminal work 'Naked Lunch'. He writes: 'You want 'Help'. here it is. Pick it up on it. And always remembere: 'Nothing is True. Everything is permitted.' Last Words of Hassan Sabbah The Old Man of the Mountains.'

*
I had tea with William Burroughs at the Chelsea Arts Club in London [28th September 1982] and met Allen Ginsberg at Barry Miles' flat in London [25th April 1985], the same week I read a biography of Walt Whitman.

MEETING WITH BURROUGHS AT THE CHELSEA

Since those pioneering days, the taking of Ayahuasca has become a worldwide phenomenon.

Ayahuasca, also known as yage, is a blend of two plants - the ayahuasca vine (Banisteriopsis caapi) and a shrub called chacruna (Psychotria viridis), which contains the hallucinogenic drug dimethyltryptamine (DMT). DMT - and therefore ayahuasca - is illegal in the UK, the US and many other countries.

Why do people take ayahuasca?

British student Henry Miller, 19, died in Colombia after apparently consuming the traditional hallucinogenic drink ayahuasca, or yage. Emma Thelwell, who took the drug herself, explains why it has become a rite of passage for some backpackers.[Excellent piece from BBC online magazine/ 29th April 2014]

A shamanic detox in Sussex
You may not see strange visions of celebs, but an ayahuasca shamanic healing session can leave you mentally and physically rebooted. Stephanie Theobald/The Guardian Friday 12 August 2011
at 3:24 pm