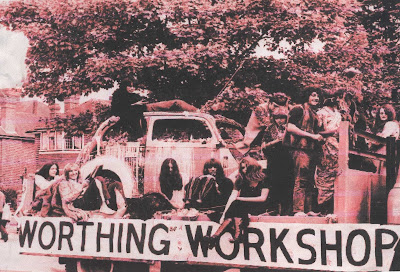 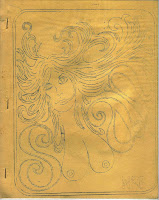 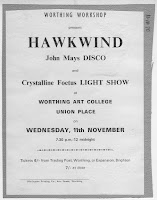 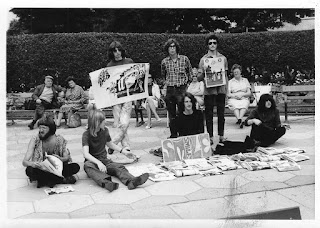 The time is 1969-1971 and we are running our own Arts Lab in Worthing. (Above) our float in a Bank Holiday Parade; (Left) Our mimeographed magazine 'Swan' ,later renamed 'Scab'; (Right) a flyer for a Hawkwind gig at the Art College; (Below) street-selling underground newspapers.

The story so far:


Back in 31st August 2006 I published the following post

The HQ INFO archive contains Issue 1 of the Arts Lab Newsletter, produced by BIT Information Service (then resident at 141 Westbourne Park Road) in October 1969. It begians as follows:
THE ARTS LAB MOVEMENT 1970 Vision: May 150 Labs bloom!
1969 Facts; 54 Labs: just under a dozen fully-fledged ones in Britain - about a dozen and a half Labs without permanent premises but nevertheless active - and well over two dozen Labs at an early stage, sometimes no more than a nucleus of people meeting and planning their first benefit concert.

The first Arts Lab was established by Jim Haynes and Jack Henry Moore. In this post you can read Jim's definition of an Arts Lab and the entry I wrote about the Worthing Workshop. At the end of the post I wrote:

ISN'T IT ABOUT TIME WE STARTED A NEW ARTS LAB MOVEMENT IN BRITAIN ?

Earlier this year, I published the following post [11th Feb 2016] 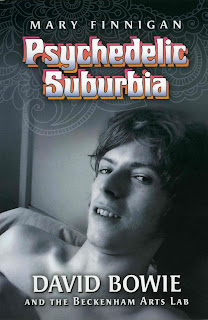 This contains a review of the book, reprints Jim's Arts Lab description + more material on the Worthing Workshop and, at the end, asks the same question:

ISN'T IT ABOUT TIME WE STARTED A NEW ARTS LAB MOVEMENT IN BRITAIN?

Last week, I published a related post about a book entitled COUNTERCULTURE UK: A CELEBRATION. The introductory essay concludes :
'As we transition to a new age in which work becomes more collaborative, information is shared globally and capitalist market forces no longer hold sway, new countercultures will appear, grow, fade and disappear to help us come together and find our way.' 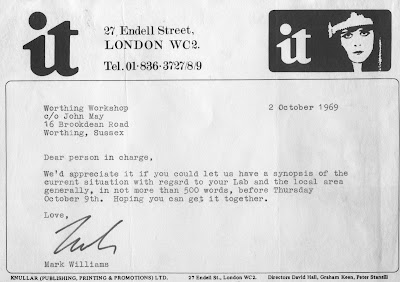 
'ALISTAIR FRUISH ON THE SENTENCE AND ALAN MOORE ART'

Alistair Fruish has written a 46,000 word novel composed of just one long sentence, entitled THE SENTENCE which is published later this year. He has also helped edit Moore's massive epic novel Jerusalem

Doran writes: 'When we spoke to Fruish recently he told us that a piece of artwork created by Moore and Victoria Stothard has been put on eBay in order to raise money for the publication of a magazine called Peasants With Pens. This new publication has been created by the newly revived Northampton Arts Lab. For the cover, Moore created the original characters, typography, and layout and then Stothard turned the piece into a striking painting.'

Fruish says: 'This contains work by members of the new Northampton Arts Lab, which includes me and Alan. This new iteration of the Arts Lab idea spontaneously grew out of the countercultural conference 'Under The Austerity The Beach', which took place in Northampton last year. And we are planning lots of things. This auction is designed to raise money to pay for the printing of the first magazine. Which is looking pretty fantastic. The magazine will be out soon and will feature work by Alan Moore, Victoria Stothard, Megan Lucas, a dusted off Martin Marprelate, myself and many more local artists.'

Can you tell me a bit more about the history of art labs and why you thought it was time to reboot them?

AF: The Arts Labs were an alternative arts movement, that sprang up in 1967, when an arts centre was started up by Jim Haynes on Drury Lane in London. Subsequently others were started all round the country. They were an influence on artists such as David Bowie and the Stuckist Charles Thomson, Billy Idol and Brian James of the Damned, as well as influencing a young Alan Moore.

We are attempting a 21 Century re-boot, because after the Counter Cultural Conference in Northampton last year a group of people came together with the intention of making more things happen here in Northampton. We needed a name and Alan suggested we call it the Arts Lab.'

This in turn has led me to a publishing operation called Intellect Journals, who publish 'Studies in Comics'. [Volume 2 Issue 1/: May 2011]. This contains a piece entitled ' The formation of a dissident cultural practice' by Maggie Gray  which you can purchase on-line as a pdf. The Abstract reads:

'This article addresses Alan Moore’s earliest work for zines and underground papers from 1971 to 1980.

It argues that the hippie counterculture was a formative influence not only on his anarchist politics but his approach to cultural production, and an awareness of its significance is therefore crucial to the critical understanding of his oeuvre as a whole.

Equally Moore’s experience of the underground augments historical understanding of the UK counterculture itself and the role of comics within it, and challenges dominant chronological narratives that insist on a definitive split between its political and cultural wings during this period. This article considers Moore’s output in illustration, poetry and prose, but particularly focuses on his earliest comics, featured in Embryo, anon. and The Backstreet Bugle.

It looks in detail at the Northampton Arts Lab and the underground press as counter-institutions, and spaces in which Moore developed highly politicized aesthetic and creative strategies that he would carry into his later professional work.


'This is a quite new project that has enlisted about twenty people willing to help [indecipherable]...fighting hard against local lethargy, protection rackets, the tendency to go down to London, and a neighbouring club owner who thinks he is starting an Arts Lab as he pockets half the profit of any event.

"The thing we're planning at the moment", writes Janice, "is an evening of Poetry and Music by local musicians and poets on October 15th (6 piece Jazz group, 8 or 9 poets, small brass ensemble). As we haven't got premises of our own at the moment we're putting it on at the YMCA which is a good room for the sort of thing we want to do. Galleries for the lights etc. We felt that this sort of event at the beginning will involve more people in the actual coordination of the Lab, people really have to participate to get this sort of thing off the ground.

We want to put on a film soon after the poetry and music and then a theatre group but nothing's definite yet. At the moment we're concentrating all our energies into getting a good first event to maintain the initial enthusiasm and impetus.'

INSIDE JOHN HIGGS: IT ALL CONNECTS