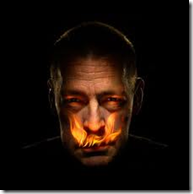 THE GENERALIST has a taste for great journalism and fine writing as my regular readers will know. But there has been one name missing from my pantheon until now, a man whose work I have circled round for years without quite connecting with his full mastery – namely the dark lord known as Nick Tosches. 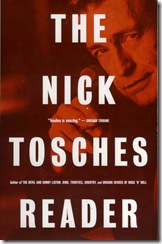 He is, in so many ways, the greatest – a judgement I’ve come to after spending a helluva time working through this chunky hair-raising book ‘The Nick Tosches Reader’ which I have no hesitation in recommending except for those readers of a nervous disposition or those easily offended.

What makes him such a great writer and journalist. This man goes in deep. He combines obsessive research with a unique stylistic ability and a love for the dark side. He has an deep love for early American music and an intense interest in organised crime and corruption. His books include full-length biographies of Jerry Lee Lewis, Sonny Liston and Dean Martin (the latter to be filmed by Martin Scorsese (natch). Talking of which, Johnny Depp has bought the film rights to Tosches’ novel ‘In The Hand of Dante’ which is another helluva strange book.

This Reader is definitely a fabulous way of getting to know the man. If you start at the beginning, do not be put off by the early works which are crude, violent, visceral pieces in the baddest of taste. On the other hand, they may whet you appetite. The bo0ok runs chronologically and includes letters, diary entries, poems, extracts from his books, complete pieces of unpublished journalism. Astonishing stuff.

My favourite pieces are profiles of Patti Smith, Screamin’ Jay Hawkins, De Niro, an extraordinary and lengthy piece on George Jones, and an excerpt from ‘Power on Earth’, a book about Michele Sindona, ‘the infamous Sicilian financier who was believed to occupy the throne at the heart of the world's evil, where the secret reaches of international finance, the Mafia, and the Vatican.’

That’s just for starters. The book comes replete with praise for Tosches’ undeniable genius of which I love Jerry Stahl’s comment the best:

‘Nick Tosches stands out as the kind of writer other writers only dream of becoming – amazing at fiction, unparalleled in journalism and biography, and possessed of a stature and genius his lessers can but crouch beneath, gazing up in wonder, awe, and more than a little terror at what this man, in a single, unfinished life, has been able to accomplish on the page.’ Good one, Jerry.

Here’s some of the best stuff on the web. Nick Tosches official bio on exitwounds.com, the website of his collaboration with Hubert Selby Jr, the writer that Tosches himself most admires. As a teenage reader of ‘Last Exit to Brooklyn’, fresh from its release after the obscenity trial, I share his judgement. 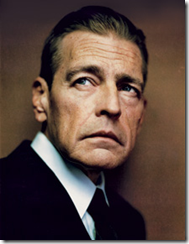 Tosches has been a contributing editor to Vanity Fair  since 1996 and several of his pieces are available on-line including his lengthy and wonderful account of his search across continents for a real opium den:

‘Confessions of an Opium Seeker’

Saint Nick is a great interview by Mike Millard which appeared in the Boston Phoenix.

‘For more than 30 years, Tosches has been the nattily dressed scumbag sage of American letters, a cerebral, autodidactic hybrid of Jersey City hood and polymath savant. ("I read a lot," he says of his formative years — despite the fact that they were spent in a town of "few books, many bookies.") His body of work harnesses these two extremes; commingling the sacred and the profane, it is as awash in Seagram’s and semen as it is grounded in the dusky eloquence of Classical epics.’ 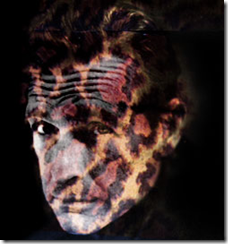 Another interesting profile piece, My Lunch With Nick Tosches, the Man in the Leopard-Skin Loafers by Rex Doane, which appeared in Salon.

‘Tosches emerged roughly 30 years ago from music magazines like Creem and Fusion where he placed the fringe figures of rock 'n' roll history in proper perspective. Providing a reminder to those at Woodstock that the party started years earlier with R&B giants like Joe Turner. Long before acid there was bootleg liquor. Long before free love there was Hank Ballard who let us know what working with Annie was all about. Along with Lester Bangs, Richard Meltzer and a handful of other noble notables from the era, Tosches elevated rock writing to a new plateau.’

Nick Tosches' recent Johnny Depp piece in Vanity Fair made me SUCH A DOUBTER that I don't think I can ever again be any kind of believer. It was just AWFUL SELF-IMPORTANT, SELF-AGGRANDIZING, WHO CARES?, junk. Love your blog. Curtis Roberts

I agree that Nick Tosches is The Greatest! I've been lucky enough to collaborate with Nick on a few songs for which Nick penned the lyrics and I did the music. As you can imagine, he writes amazing lyrics!

Please check out our Kickstarter page to learn more about the cool music records Nick has made. And if you are moved to do so, a donation to our current album project would be very much appreciated.

I agree that Nick is The Greatest. I'm been luck enough to collaborate with him on a couple of songs, for which Nick penned the lyrics and I did the music. As you can imagine, Nick writes amazing lyrics!

If interested, you can visit our Kickstarter page to check out other cool records Nick has done. And if you are so moved, any donation to our current project of a new album with his lyrics would be very much appreciated.