THE FUTURE IS FEMALE3: JUDY CHICAGO / ARTIST AND TROUBLEMAKER

JUDY CHICAGO is back on the scene in a big way. One of the most controversial pioneers of feminism in art in America, her extraordinary life and career is being celebrated in three exhibitions and her early career and her struggles as a woman artist are being turned into an Amazon tv series directed by Jill Soloway, based on Judy's autobiography 'Through the Flower'.


She told The Art Newspaper that the writer Anais Nin was her mentor and that Nin "used to call me her radical daughter. That's kind of how I feel about Jill." 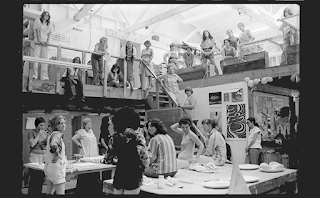 Her first solo show in San Francisco since 1979, is 'Judy Chicago's Pussies,'  a title that references both her early vaginal art but also her series of watercolours of her seven cats.

Two others concentrate on her most famous work 'The Dinner Party'. Produced in the 1970s, this extraordinary installation piece is now permanently housed in the Elizabeth A. Sackler Center for Feminist Art at the Brooklyn Museum in New York Their exhibition 'Roots of the Dinner Party: History In The Making' explores its creation (until March 4th). 'Inside the Dinner Party Studio' an exhibit at the National Museum of Women In Arts (NMWA) in Washington DC  is open until January 5th.

The Dinner Party by Judy Chicago is an icon of feminist art, which represents 1,038 women in history—39 women are represented by place settings and another 999 names  of mythical and historical women of achievement are inscribed in the Heritage Floor on which the table rests. This monumental work of art is comprised of a triangular table divided by three wings, each 48 feet long. The open triangle is a symbol of equality. 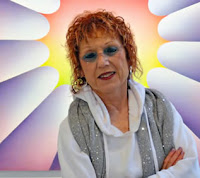 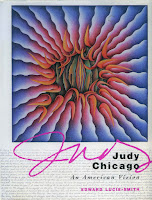 Judy Chicago is an extremely prolific artist, sculptor and creater of installations who also did pioneering work as an educator and organiser, co-founding the Feminist Art Program at Cal State Fresno as well as 'Womanhouse', an installation and performance space. Her work encompasses a huge range of techniques, skills and materials. The book 'Judy Chicago: An American Vision' by Edward Lucie-Smith [Watson-Guptil. 2000] is a wow - a great introduction to her work, which is truly impressive. [Amused to discover it was conceived, designed and produced by Ivy Press in Lewes where I live!] 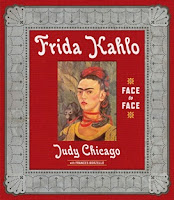 Happily, by chance, I discovered that Judy Chicago had created a book on Frida Kahlo, coauthored with art historian Frances Borzello, in which the two converse over a selection of Kahlo's work.

In an interview by Kerensa Cadenas in Ms magazine ['Judy Chicago on Frida Kahlo, Feminism and Women’s Art' / 30th Nov.2010]

Why do you think Kahlo became so iconic within the feminist movement?
I think there have been successive waves of interest. The first were among women: Her story appealed to women, her images appealed to women. In the second wave, in the Chicano and Hispanic movements, her interest and valorization of Mexican culture appealed to people who were claiming their heritage, just like women were claiming our heritage. Then the third wave was among gay and lesbians because of her shifting gender [roles] and open sexuality. That all coalesced, of course, when … the film came out, and she was propelled into the stratosphere.
What drew you to this project?
I was interested in trying to do something for her that I don’t think is done enough for women artists, myself included, which is looking at our overall body of work. I was interested in trying to see if we could approach Kahlo’s work without constant reference to her biography, which I found annoying. I find a lot of the imagery very, very powerful. Those are the things I was most focused on: looking at the imagery, understanding her work in a larger context and creating a new context in which to see her work.
Do you see an improvement in the representation of women artists today?
'Women can be themselves and do their work as women, which was not possible when I was young. That’s true of artists of color also, and gay and lesbian artists. That is to be celebrated...Sadly, the institutional change has lagged very far behind... I would say what we see in the art institutions is a reflection of political [power]...[in the art world]–there are a lot more women showing, but institutionally there has been very little change over 40 years of activism. If you go to most major art institutions you still see the same white, male Eurocentric narrative. If you look at the history books, history is still taught primarily from a very particular perspective and it’s a very male perspective. What men did was important and there are a few women thrown in. That’s not enough.'