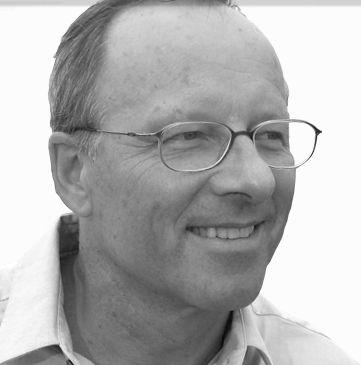 Stephan Schmidheiney
Welcome to my official web site Here you’ll find information regarding my entrepreneurial and philanthropic activities. I’d also like to share with you my biography and some personal ideas. I cordially invite you to browse through this site.
'The Schmidheiny family had always led a private life, removed from public scrutiny. Suddenly, I found myself on the front page of the newspapers, linked to the harmful effects of asbestos, the very effects from which I was trying to protect society, my employees, and the group. This was very hard, not only for me, but also for my family and friends.

'In retrospect, and taking into account our present knowledge of the many tragic victims of asbestos, I am glad that I remained steadfast in my decision to put an end to asbestos use, despite the uncertainty and resistance from the industry, my own group, and many of my employees. As we know now, the illnesses caused by asbestos only manifest themselves many years and even decades after exposure to the fibers. This is a profoundly deplorable situation, particularly since neither governments nor the industry recognized the problem's implications and for a long time failed to take the necessary protective measures.'

'What has Stephan Schmidheiny, former sole proprietor of ETERNIT, done with his billions from the sale of Eternit's asbestos properties in the late 1980s? Between 1984 and 1999 Schmidheiny's net worth doubled from US$2 billion to US$4.4 billion. Part of what Schmidheiny has done is to reinvest in Latin American forest properties. According to recent Swiss accounts, Stephan Schmidheiny began buying Chilean forest land in 1982, and he now owns over 120,000 hectares in Southern Chile, near Concepcion, landwhich the Mapuche Indians claim has been theirs since time immemorial. The Mapuche charge that some of the land Schmidheiny bought was stolen from them during the Pinochet dictatorship, using that regime's standard techniques of intimidation, torture, and murder.'


Secrecy and Subterfuge in Switzerland
by Laurie Kazan-Allen (October 5th 2004)
'In 1985, the Swiss Eternit Group, owned by Stephan Schmiedheiny, was the world's second largest seller of asbestos; its asbestos-cement operations in thirty-two countries had annual sales of $2 billion. Although the Group had divested itself of asbestos holdings by 1990, former Eternit workers who have contracted asbestos-related disease remain unacknowledged and uncompensated in many countries.

'From the mid-1970s, Eternit was run by Stephan Schmidheiny who succeeded his Father as Chairman. In 1984, Schmidheiny was worth US$2 billion; in 2002, Forbes magazine estimated his wealth as US$4 billion. Since 2002, Stephan Schmidheiny does not enter into discussions about asbestos nor “does he comment publicly on this subject any more.”


'Swiss multinational Anova is facing claims in South Africa from lawyers representing former asbestos miners'
by Ariane Gigon Bormann in Zurich, Valérie Hirsch in Johannesburg (Swissinfo. 19 April 2003)
'The action stems from the company’s activities in South Africa, which were terminated at the end of the 1970s. The case is being led by Richard Spoor, a South African lawyer who has represented asbestos workers against a number of corporations.'

'In a few weeks time, Spoor is due in Switzerland to meet representatives of the former multinational Eternit, which became Anova...now presided over by Hans-Rudolf Merz, who took over from Schmidheiny last summer.

Singled out
'Merz feels that the lawyer is targeting one man: Stephan Schmidheiny. “Because he is Swiss, because he is rich, some people want to blame him for all their problems,” he said. Merz adds that 20 years ago, when Schmidheiny suggested that asbestos should be abandoned, the rest of the industry laughed at him.

'According to the Swiss financial magazine, Bilanz, Schmidheiny’s decision to get out of the asbestos business dated back to 1976, but it took nearly 20 years to completely pull out.

'The Schmidheiny brothers, who held a leading role at Eternit in the 1970s, have begun to leave the business world. Stephan has retired to Costa Rica, where he runs a development aid foundation, Avina.His brother, Thomas, announced earlier this month he was giving up his majority voting rights at Holcim, the world’s second-biggest cement maker.'

The asbestos cancer epidemic may take as many as 10 million lives before asbestos is banned worldwide and exposures are brought to an end. In many developed countries, in the most affected age groups, mesothelioma may account for 1% of all deaths. In addition to mesotheliomas, 5-7% of all lung cancers can be attributed to occupational exposures to asbestos.

The asbestos cancer epidemic would have been largely preventable if the World Health Organization (WHO) and the International Labor Organization (ILO) had responded early and responsibly. The WHO was late in recognizing the epidemic and failed to act decisively after it was well under way. The WHO and the ILO continue to fail to address the problem of asbestos mining, manufacturing, and use and world trade of a known human carcinogen.

Part of the problem is that the WHO and the ILO have allowed organizations such as the International Commission on Occupational Health (ICOH) and other asbestos industry advocates to manipulate them and to distort scientific evidence. The global asbestos cancer epidemic is a story of monumental failure to protect the public health.

More than 30 million tons of asbestos in its various forms have been mined in the past century. Asbestos is one of the most pervasive environmental hazards in the world, present in more than 3,000 manufactured products. All forms of asbestos can result in asbestosis (a progressive fibrotic disease of the lungs), lung cancer, and mesothelioma, a cancer arising in the membranes lining the pleural and peritoneal cavities.


'The tragedy of asbestos: Eternit and the consequences of a hundred years of asbestos cement
by R.F. Ruers and N. Schouten. Translated into English by Steven P. McGiffen. © September 2005
Socialistische Partij (Netherlands)

'In the European Union, the use of asbestos has been totally forbidden since January 1st, 2005, but in a number of developing countries it continues to rise. At the present time, on the world scale, two million tonnes of asbestos per year are used, usually without any form of protection.

'As long ago as 1930 it was confirmed that exposure to asbestos dust was dangerous to the point of being life-threatening. It nevertheless took until the beginning of the 21st century to have asbestos use banned within the EU. Before this, tens of thousands of victims suffered while a long struggle was fought against the ‘magic mineral’.

'By means of their massive power and extensive influence the asbestos cement concerns succeeded in postponing the ban on asbestos by decades, years in which huge profits were made at the expense of a multitude of factory workers and their families.

'In this report we reveal how, since the 1920s, the major asbestos concerns have used an international cartel to distort knowledge of asbestos and its dangers, with profit as their only goal.

'On the basis of these facts, some of which we have uncovered and will be new to the reader, and some of which are already well-known, we argue that these corporate groups should be held responsible for the human suffering which they have caused. Environmental damage must be systematically mapped and the high costs of cleaning it up should be paid by the polluter.'

THIS REPORT
Collaboration between Eternit companies has been used quite consciously to work against the introduction of measures responding to the dangers of asbestos cement, preventing them completely or delaying then for as long as possible. How this has been achieved is the subject of this report.

Chapter 2 describes the way in which Eternit companies have co-operated intensively during the whole period of their existence. The third chapter demonstrates that these firms knew very early on about the dangers to health their product presented. Chapter 4 shows what these firms did with this knowledge. Through lobbying and by delaying research these companies worked against the introduction of measures to deal with the dangers of asbestos cement. In the fifth chapter we look at the disinformation campaigns organised by Eternit companies, by means of which they succeeded in manipulating their customers’ trust, political decision-making and the medical debate.

Chapter 6 brings the report’s most important conclusions together and offers a number of recommendations on the basis of our research. 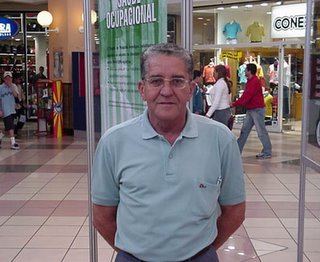 TRIBUTE TO AN ESTEEMED COLLEAGUE
by Laurie Kazan-Allen
Jose Jesus Pessoa, known to one and all as Ze da Capa, died on November 3, 2005 in Osasco, Brazil; he was 63 years old and had suffered from asbestosis for many years. Ze da Capa had worked at the Eternit asbestos-cement factory as a foreman for more than 27 years. In 1995 he was one of the founding members of ABREA (The Brazilian Association of the Exposed to Asbestos), the first group to represent the interests of Brazilian asbestos workers. He was determined and courageous and worked assiduously to ensure that the voice of ABREA was heard nationally. Working closely with his colleagues Eliezer, Aldo and Fernanda, he laid the foundations for an organization which today stands as a testament to the vision of these pioneers. In 2000, the ABREA leadership and members brought together hundreds of international and Brazilian delegates at the world's first Global Asbestos Congress which was held in Osasco, near Sao Paulo.
Ze da Capa was a man of immense charm; his infectious smile and sense of humor were irresistible. His loyalty and sense of fun inspired friends and colleagues. He was the proud father of two wonderful daughters, Mara and Eliana, and the devoted husband to Dolores. The world is a sadder and duller place without him. Rest in peace dear friend.
at 3:04 pm

Mesothelioma cancer is definitely such an ill-fated ailment, and really may well have been preventable had all of us known back then what we realize now. It actually is furthermore a pity that many men and women get upset regarding the mesothelioma advertising campaigns on tv, but those affected must to be paid for fairly IMO. Mesothelioma