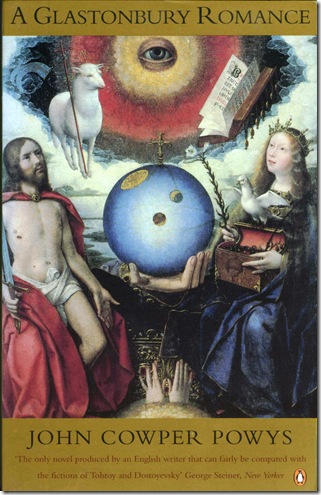 i have always been worried about the idea of their being a  ‘literary canon’. The same is true in art and music, in fact, in all creative forms. That certain artists/writers are acknowledged as being the greatest, the foundations on which our culture is based. Their material  is taught in schools and rewarded with prizes and accolades. Yet, it seems to The Generalist, that there are an equal number of remarkable people who, for establishment reasons, have been excluded, are not recognised and rewarded. John Cowper Powys is certainly one of these.

I am working my way slowly through JCP’s works of which ‘A Glastonbury Romance’ is the mightiest. Epic in length, this has an important contemporary resonance as all the makings of the modern Glastonbury legends, mirrored and enacted anew at the 1971 Glastonbury Fayre, are prefigured in this remarkable epic tale.

To get up to speed on JCP:

This is a wonderful portrait by writer Margaret Drabble which gives incisive insight into his works, which I could not better:

The English degenerateHe was a writer of tragic grandeur and everyday comedy, of sexual perversion and cups of tea. He wrote poems, essays, epic fictions, letters and autobiography. Words poured out of him - and he never reread any of them. Margaret Drabble reflects on the paradoxical and perplexing work of John Cowper Powys 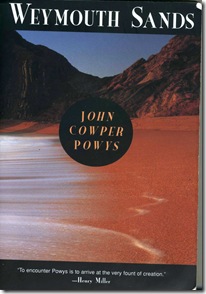 Have just read ‘Weymouth Sands’ in this excellent edition by New York’s Overlook Press’ (but with a terrible cover).

Set in Weymouth and the isle of Portland – a place where I spent a memorable night – its a work that is on a continuum between Thomas Hardy and the psychedelic 60s.

It certainly will not be to everyone’s taste. There are rants on vivisection, extraordinary visions of nature, odd characters and scenes, lengthy disquisitions. It is impossible to read quickly. One has to slow down and adjust to the pace of the text. It is a book you can live with for a month or more and immerse yourself. Haunting and powerful, strange, absurd and mysterious. 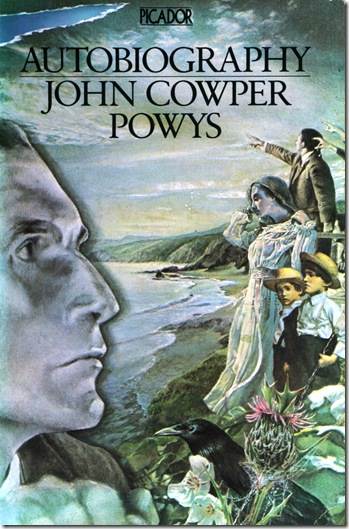 His remarkable biography, in an edition with a wonderful cover, for which there is no artist’s credit.