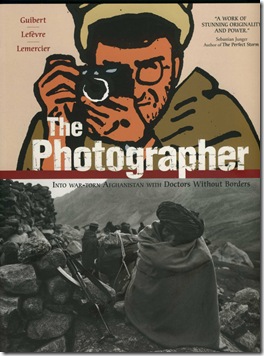 It has long been The Generalist’s   belief that the evolution of ‘comics’ and ‘graphic novels’ represents an extremely important development in modern publishing, if nothing else and simply because telling a story in a graphic form is often a much more effective medium than straight text - and will become increasingly so.

As if to prove that point, witness this really remarkable book. It is the account of a French photographer who travelled overland from Pakistan to Afghanistan with a party from Medicins sans Frontieres back in 1986 when the Afghanistan war was between the Russians and the rebel tribes.

The story is told in photos and in comics – a seamless narrative of contact strips and comic frames – the like of which I have never seen before.

Its a truly wonderful and impressive and remarkable book. It will take you several hours of your life to experience this extraordinary journey. It is a true rite de passage. 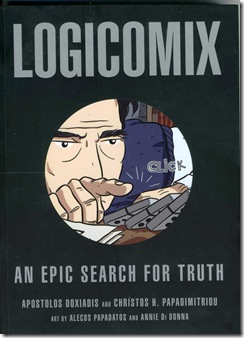 Equally remarkable in its own way is the wonderful Logicomix, the history of modern logic and philosophy as seen through the life of Bertrand Russell. Sounds heavy going but the comic artwork is superb and the whole extraordinary concept of the work impel you to pay attention and try to understand the concepts the work seeks to explain. A truly marvellous example of how a graphic/comic presentation can address complex issues and communicate them to a broader audience. A triumphant realisation of a beautiful thought. 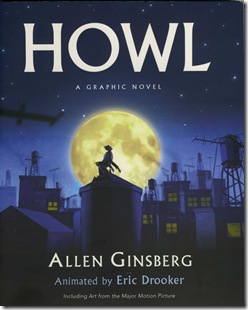 Finally and remarkably, a new generation iteration of the extraordinary poetic outpouring known simply as Howl – a work that gains stature as the decades elapse.

This is the book of an animated sequence within a feature film ‘Howl’ that investigates, with documentary footage and dramatic reconstruction, the genesis of this legendary poem and the subsequent obscenity trial that the book’s publication triggered.

Get with the graphic publication revolution. Its the way forward.