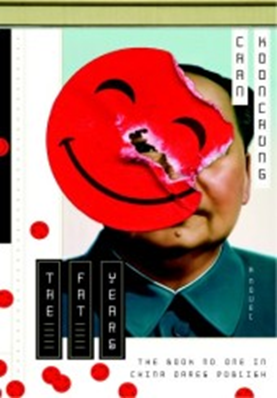 This is my intention — to put as many issues into one relatively short novel so that people can have a more holistic meaning of what China is now. I need to do that within the context of a novel.

We are living in strange times in which the increasing dominance of China on the world stage is causing concern and unease. The papers are full of stories of crackdowns and imprisonments of dissidents, attempts to limit the freedom of the internet, industrial sweat shops, ecological disasters. China’s new regime, we are told, is a blend of socialism and capitalism in which the population accepts state dictatorship, censorship and infringements of human rights in exchange for a false paradise of consumer benefits. What does the future hold for this giant country whose star is rising as the West declines.

This remarkable novel ‘The Fat Years’ by Chan Koonchung sets out to paint a picture of this near future. The story centres on the quest to discover why a whole month, between the collapse of the Western economies and the rise of China’s Golden Years of Ascendancy, during which the government instituted a widespread crackdown, has been effectively wiped from people’s memories and official records. A small group of outsiders who do remember, find each other and join forces to discover the disturbing truths that lie behind the impenetrable facade of the Chinese state.

Koonchung’s storytelling skills make this a real page-turner and his novel reminds me of both Murakami and Bolano. The world he depicts has a 3-D believable reality to it; his characters are lifelike and fully realised.  He cleverly  manages to incorporate many geographical locations and different  levels and aspects of Chinese life. The smart premise of the story provides intrigue and mystery and the book comes to a remarkable conclusion in which all is revealed in a satisfying manner.

Reality is rapidly verifying many of the insights and predictions in this haunting and thought-provoking book. This is brought home -  in the Preface by Julia Lovell and the Translators’ Notes by Michael S. Duke – which bookend the novel. 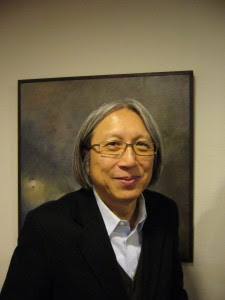 Chan Koonchung is a novelist, journalist, and screenwriter. Born in Shanghai and raised and educated in Hong Kong, he studied at the University of Hong Kong and Boston University. He has published more than a dozen Chinese-language books and in 1976 founded the monthly magazine City in Hong Kong, of which he was the chief editor and then publisher for twenty-three years. He has been a producer on more than thirteen films. Chan Koonchung now lives in Beijing.

Good recent review of the book by David L. Ulin in the Los Angeles Times

Having been in China for seven months recently, in my opinion every recent crackdown on the internet has failed comprehensively, the Great Firewall of China resembles nothing so much as the historical wall that preceded the Great Wall, that let in the hordes.
The state uses informers, CCTV, and volunteered info, but ranged against it is a vast army of mobile phone and computer users who grow more numerous daily.
Young urban people feel braver to declare, without exception, their hatred of the State. Communists are extremely hard to find. I give the State five years.