Famous after being featured in the hit movie ‘Ocean’s 12’. Source: Flying Pig NL

Dutch Justice minister Ivo Opstelten has announced that the controversial “weed pass” is to be scrapped with immediate effect. In a letter to parliament he also said it would be up to municipalities to determine and enforce the regulations governing coffee shops in their area.

The controversial “weed pass” was introduced in the south of the Netherlands last May. Designed to stop "drug tourists" from Germany, Belgium and France crossing the Dutch border to buy cannabis, the new regulations meant coffee shops in the region became closed clubs only admitting Dutch residents who had to register for a special pass.

It was due to take effect in the rest of the Netherlands at the beginning of 2013 but the introduction of the pass saw an immediate increase in illegal street dealing and other problems in the southern province and the mayors of many Dutch cities and towns had been urging the government to reconsider. The new policy means people will not have to register to buy cannabis. Officially customers will still have to show ID to prove they are Dutch citizens, but the authorities in large cities such as Amsterdam are not expected to enforce this rule.

COMMENT ON THIS STORY:
No need to cancel any more trips to Amsterdam The weed pass or residents only criteria will not apply or be enforced in Amsterdam after 1st January 2013 and is unlikely to be enforced in other large cities like Haarlem, Den Haag and Rotterdam etc, but only Dutch residents can enter coffee shops in areas like Maastricht where the residents criteria remains in place for now. Some areas in the south may keep the old rules if they want to but it does not make any sense for them to really as its an invite for street dealers to move in. Stupid weed pass idea has been a epic failure.

See: Maps on www.coffeshopamsterdam.com
See Previous Post: INSIDE DOPY BY DICK TRACY, which includes a item on a history of the Dutch coffee shops entitled ‘The Dutch Experience’ and 2005 news reports on previous attempts to regulate them. 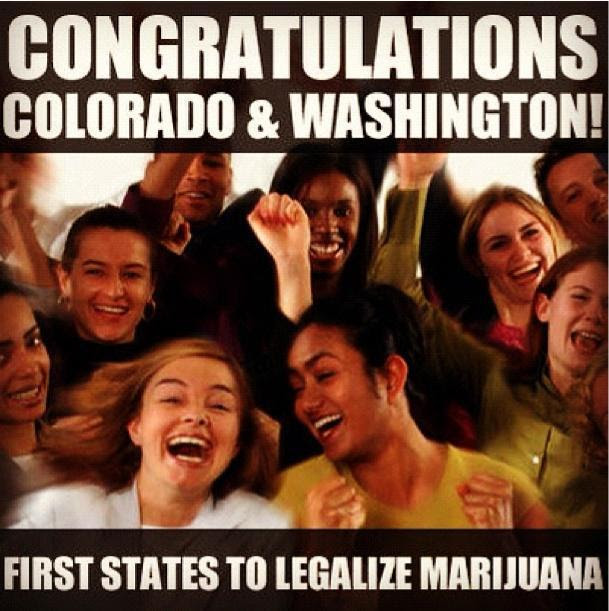 Source: thcfinder marijuana blog
In November, the voters in two US States – Colorado and Washington – voted to legalise marijuana for recreational use. An Observer story on this landmark event by Rory Carroll ran under a headline quote: ‘This is the beginning of the end for marijuana prohibition across the world.’

In a 2009 Inside Dope post entitled DRUG LAWS,DRUG WARS, we highlighted a great story from The Atlantic magazine on Colorado’s medical marijuana dispensaries which had been technically legal since 2000. The article said that the number of dispensaries in the state were expected to double to 60 by the end of 2009. According to the 2012 Observer story, there are currently 500. The success of this system emboldened voters to back amendment 64.

To understand the story behind the headlines, it’s useful to read this article by Jonathan P. Caulkins, Angela Hawken and Mark A.R. Kleiman: ‘Semi-legal marijuana in Colorado and Washington: what comes next?
The article explains what the Washington and Colorado laws say:

‘Lots of crucial details remain to be determined, but in outline:
In both states, adults may — according to state but not federal law — possess limited amounts of marijuana, effective immediately.
In both states, there are to be licensed (and taxed) growers and sellers, under rules to take effect later this year.
Sales to minors and possession by minors remain illegal.
Colorado, but not Washington, now allows anyone person over the age of 21 to grow up to six marijuana plants (no more than three of them in the flowering stage) in any “enclosed, locked space,” and to store the marijuana so produced at the growing location. That marijuana can be given away (up to an ounce at a time), but not sold.’

But everything these new state laws allow remains forbidden by federal law.

‘…the federal government has ample legal authority to shut down the proposed systems of state-licensed production and sale. Once someone formally applies to Colorado or Washington for permission to commit what remains a federal felony, a federal court can enjoin that person from doing any such thing, and such orders are easily enforced. So the federal government could make it impossible to act as a licensed grower or seller in either state.

‘Federal and state authorities share an interest in preventing the development of large interstate sales from Colorado and Washington, and the whole country might gain from learning about the experience of legalization in those two states: as long as the effects of those laws could be mostly contained within those states.

Things will get even more complex if other states decide to join the party.So buckle your seat belts; this could be a rather bumpy ride.’

Their book ‘Marijuana Legalization: What Everyone Needs to Know’ is published by Oxford University Press.

You can follow the progress of events on ColoradoDaily which carried the following news item this week: Grappling over legal marijuana begins in eastern Boulder County

This is a great story from Christian Science Monitor which looks in depth into the background of these decisions and the broader picture within the US as a whole: From 'no' to 'yes,' how Colorado and Washington legalized marijuana

‘Since no state had previously legalized marijuana possession, Washington must invent a production system from the ground up

Washington's new law decriminalizes possession of up to an ounce of pot for people over 21. But selling marijuana remains illegal for now. The initiative gave the state a year to come up with a system of state-licensed growers, processors and retail stores, with the marijuana taxed 25 percent at each stage.

In Colorado, a 24-member task force began work on pot regulations this week. The state's Department of Revenue must adopt the regulations by July, with sales possible by year's end.’ 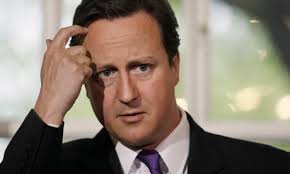 In the UK in December this year David Cameron rejected the idea of setting up a royal commission to examine the UK’s drug policy on the grounds that the current approach is working. [see video/article here]


‘Where is Great Britain in this debate? Will Cameron let his country be left to one side as major shifts in political and public opinion swirl around his nation? Did he even notice that two US states – Washington and Colorado – voted to legalise marijuana last month? He has a moral responsibility to engage the debate – since we pay the price of his citizens' appetite for drugs.
Precisely 10 years ago this month, a senior British politician said in a debate in the House of Commons: "I ask the Labour government not to return to retribution and war on drugs. That has been tried and we all know that it does not work."
That politician was David Cameron.’

Two illustrated extracts from a Drug War Timeline entitled The Altered States of America. Published in Mother Jones in 2009

Source: under the button, reporting the Psychedemia conference held at the University of Pennsylvania in Sept 2012
Have just discovered by chance an excellent piece by a former colleague on the revival of legal research into LSD and other pschedelics.
‘Can LSD cure depression? by Jerome Burne, published in The Telegraph [25th sept 2012] investigates the new research into the medical uses of psychedelics to heal depression and disorders like post-traumatic stress.

‘Here in Britain, much of the drive has come from Amanda Feilding, who set up the Beckley Foundation in Oxford to initiate and fund studies into the effects of psychoactive drugs and other ways of changing consciousness, such as meditation.

Feilding, who is the Countess of Wemyss and March, has long been a controversial figure with some odd ideas; in her twenties she trepanned herself, drilling a hole in her own skull to “increase blood flow”. But since then, she has crossed the boundary into scientific respectability and her dedication has earned her the respect of colleagues.

“None of the work in the UK would have occurred without the Beckley Foundation and particularly Amanda as a collaborator and funder of the programme,” says Professor David Nutt, now a neuropsychopharmacologist at Imperial College London but better known as the former chairman of the government’s Advisory Council on the Misuse of Drugs, who was fired for claiming that alcohol and tobacco were more harmful than Ecstasy and cannabis.’

Jerome Burne points out that, in the 60s, more than 1,000 scientific papers were published ‘looking at ways that psychiatrists could help patients with hallucinogenic chemicals. But then the walls descended, as a new anti-drug culture took hold, particularly in the United States. In the 1970s, the Food and Drug Administration banned the use of LSD and related chemicals. Since then, research in the field has been effectively frozen.’
at 12:24 pm