An excellent piece by Jeremy Harding in the London Review of Books. Access for free for short time only

About 50 interested parties have met at Holyrood to discuss the best way of stemming the spread of Chalara ash dieback.          [BBC News/13 Nov 2012]

Ash dieback: No point in chopping trees down

Mature ash will be left to die slowly rather than chopping favourite specimens down, according to experts, as there is nothing that can be done to save the trees from the chalara disease. [The Telegraph/8 Nov 2012]

Ash dieback research hopes to save Denmark's trees – in pictures

Ash trees in Denmark and the rest of Europe are being severely hit by the rapidly spreading ash disease. The forestry student Martin Slot, from the University of Copenhagen, is testing hypotheses that might save the species. If successful, Slot's techniques will be used to maintain and expand the 3-5% of the remaining healthy trees. His working in co-operation with the Danish Nature Agency [The Guardian/7 Nov 2012] 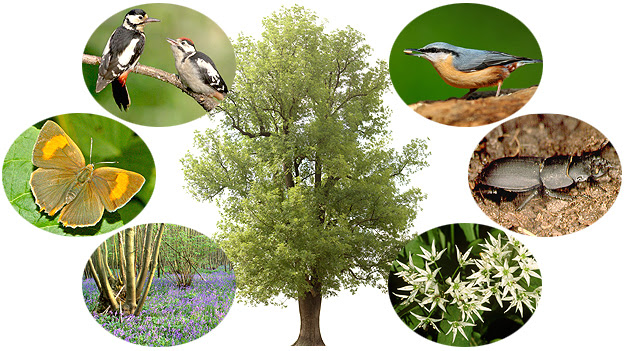 Britain's population of 80 million ash trees provides shelter and food for a wide range of wildlife, mostly birds and insects. The species' loosely-branched structure means plenty of light reaches the woodland floor, allowing a variety of plants to grow beneath them. [BBC News/5 Nov 2012]

It is thought the disease first emerged in 1992 in Poland and other eastern European countries when large numbers of trees began dying of a mysterious illness.

It gradually spread across the continent, reaching Denmark in around 2003, where it has killed 90 per cent of the country’s ash trees, and Holland in 2010. The fungus responsible for the disease was finally identified by scientists in 2006 as the Chalara fraxinea.

Scientists have recently found that the fungus is similar to a one that harmlessly lives on species of ash tree in Asia. It is thought that the fungus became pathogenic in the European ash trees, which had no resistance to it, after being introduced by trade.

These diseases have affected way too much of the United States, the emerald ash borer needs to be hunted down and disposed of in my opinion.