VIRTUAL REALITY IS GOING BIG IN 2016 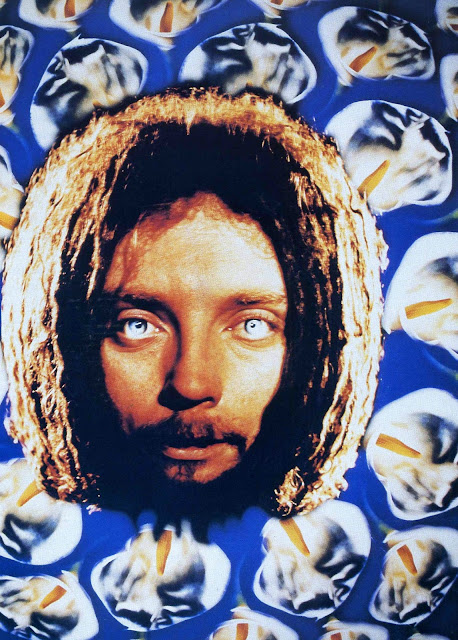 'VR is shared and objectively present like the physical world, composable like a work of art, and as unlimited and harmless as a dream. When VR becomes widely available, around the turn of the century, it will not be seen as a medium used within physical reality, but rather as an additional reality. VR opens up a new continent of ideas and possibilities. At Texpo '89 we set foot on the shore of this continent for the first time.'

coining the term in 1987 - Jaron Lanier. In the 80s/90s, he became the spokesman/ philosopher/ poster boy of the VR movement. 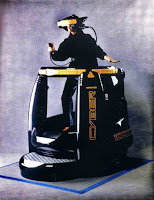 These and other developments - like the Virtuality  video arcade games - led to a huge interest in the possibilities of VR but the limitations of the existing technologies soon became apparent and VR died on the vine.


VPL Research filed for bankruptcy in 1990 and in 1999, all of its patents were bought by Sun Microsystems, which was active in VR research and development but no VR products have emerged from the VPL patents.

A sense of where VR was at that time can be gained  the 'Mondo 2000 User's Guide to the New Edge' (1992), a spin-off book from the anarchic/subversive Californian Mondo 2ooo mag, which covered cyberpunk, Virtual  Reality, Wetware, Designer Aphrodisiacs, Artificial Life, Techno-Erotic Paganism and more. According to Wikipedia: 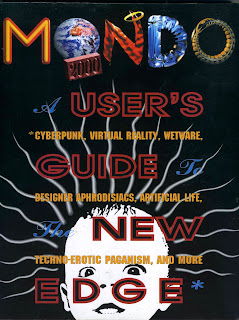 Mondo 2000 originated as High Frontiers in 1984, edited by R. U. Sirius (pseudonym for Ken Goffman). He was succeeded as Editor-in-Chief by Alison Bailey Kennedy, a.k.a. "Queen Mu" and "Alison Wonderland". Sirius was joined by hacker Jude Milhon (a.k.a. St. Jude) as editor and the magazine was renamed Reality Hackers in 1988 to better reflect its drugs and computers theme. It changed title again to Mondo 2000 in 1989. Art director and photographer Bart Nagel, a pioneer in Photoshop collage, created the publication's elegantly surrealist aesthetic. R. U. Sirius left at the beginning of 1993, at about the same time as the launch of Wired [Jan 2nd 1993]. Mondo continued until 1998, with the last issue being #17. 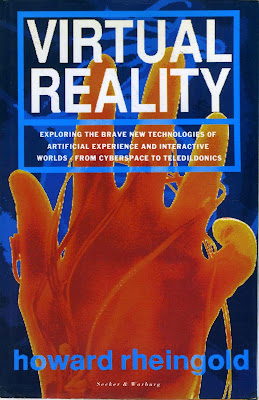 These two books from that period also make interesting historical reading:'Virtual Reality' by Howard Rheingold is an extremely valuable and well-written journalistic journey through the world of VR research. Of course decades before Lanier there were computer scientists working on elements of what would make up virtual reality systems. Simulation of reality has a long history. Right up front in Chapter 1: Grasping Reality Through Illusion. Rheingold speculates on the future:


'One way to see VR is as a magical window onto other worlds, from molecules to minds. Another way to see VR is to recognise that in the closing decades of the twentieth century, reality is disappearing behind a screen. Is the mass marketing of artificial reality experiences going to result in the kind of world we would want our grandchildren to live in ? What are the most powerful, most troubling, least predictable potentials of VR? If we could discern a clear view of the potentials and pitfalls of VR, how would we go about optimizing one and avoiding the other? The genie is out of the bottle, and there is no way to reverse the momentum of VR research; but these are young jinn, and still partially trainable. We can't stop VR, even if that is what we discover is the best thing to do. But we might be able to guide it, if we start thinking about it now. 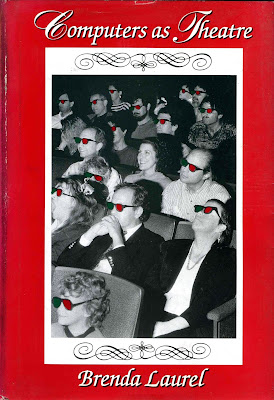 'Computers as Theatre' by Brenda Laurel was discerned early on as a classic work. In 2014, a totally upgraded 2nd Edition was published which should make it essential reading. I like this brief Amazon summary

Brenda Laurel's Computers as Theatre revolutionized the field of human-computer interaction, offering ideas that inspired generations of interface and interaction designers-and continue to inspire them. Laurel's insight was that effective interface design, like effective drama, must engage the user directly in an experience involving both thought and emotion. Her practical conclusion was that a user's enjoyment must be a paramount design consideration, and this demands a deep awareness of dramatic theory and technique, both ancient and modern.


The original edition, published in 1991, ends with a chapter entitled 'New Directions in Human-Computer Activity' and largely concentrates on virtual reality. She writes:


'The notion of virtual reality is a continuum that is older even than science fiction. Enactments around prehistoric campfires, Greek theatre, and performance rituals of aboriginal people the world over are all aimed at the same goal: heightened experience through multisensory representation. Sketchpad, Pong, and cyberspace are all stops on the same route. Murray Kruger's groundbreaking work on VIDEOPLACE and other video-based interactive environments, as well as many of the "media room" projects  developed at the MIT Media Laboratory, demonstrate other approaches to the creation of mimetic environments with sensory richness. What we have in today's virtual reality systems is the  confluence of three very powerful enactment capabilities: sensory immersion, remote presence and tele-operations. These capabilities do indeed hold enormous promise, but they will not make the central challenge go away - that is, designing and orchestrating action in virtual worlds.'

VIRTUAL REALITY IS GOING BIG IN 2016 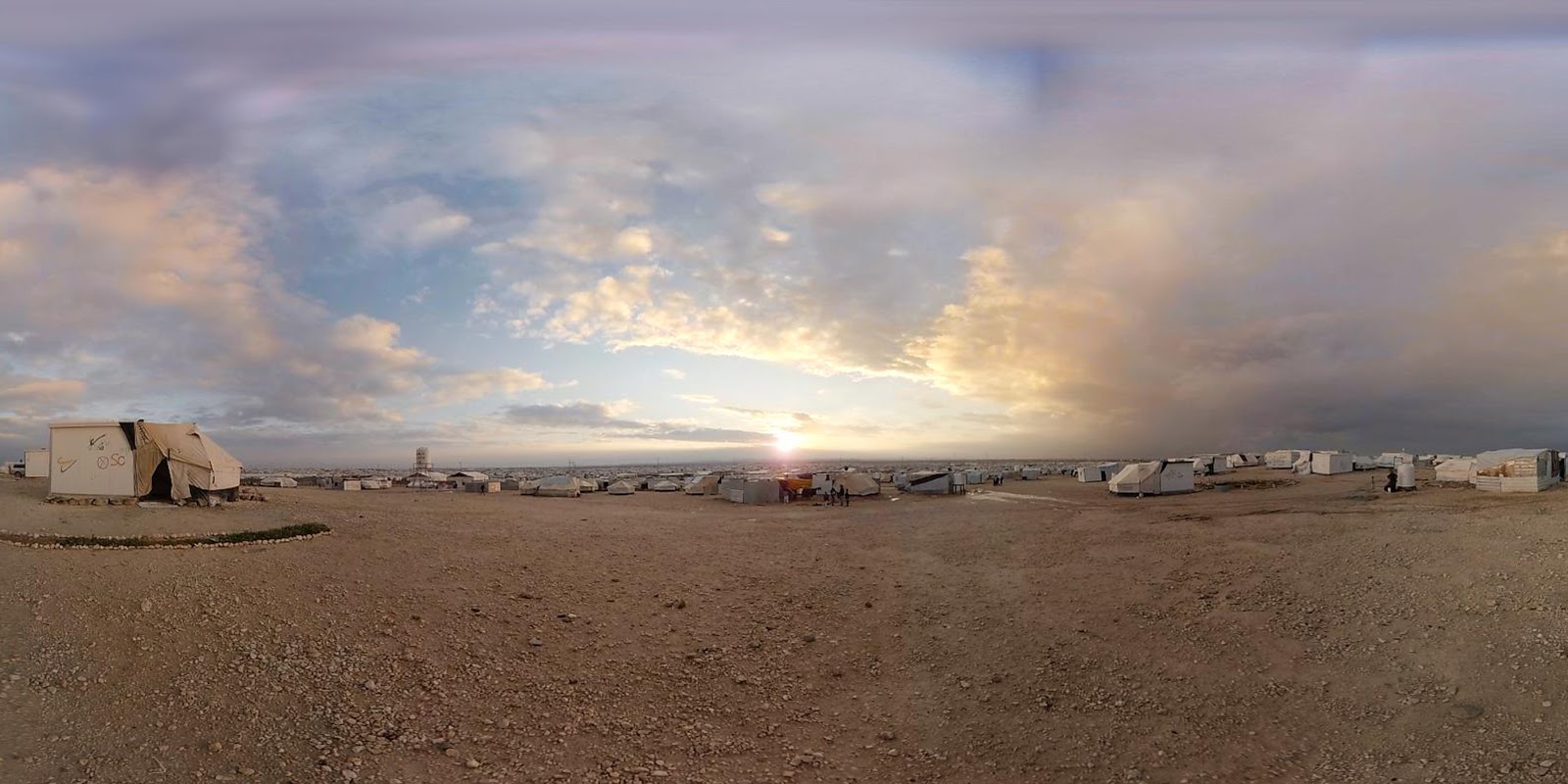 Gabo Arora and Barry Pousman's Clouds Over Sidra puts you inside a Syrian refugee camp in virtual reality. Images courtesy the artists 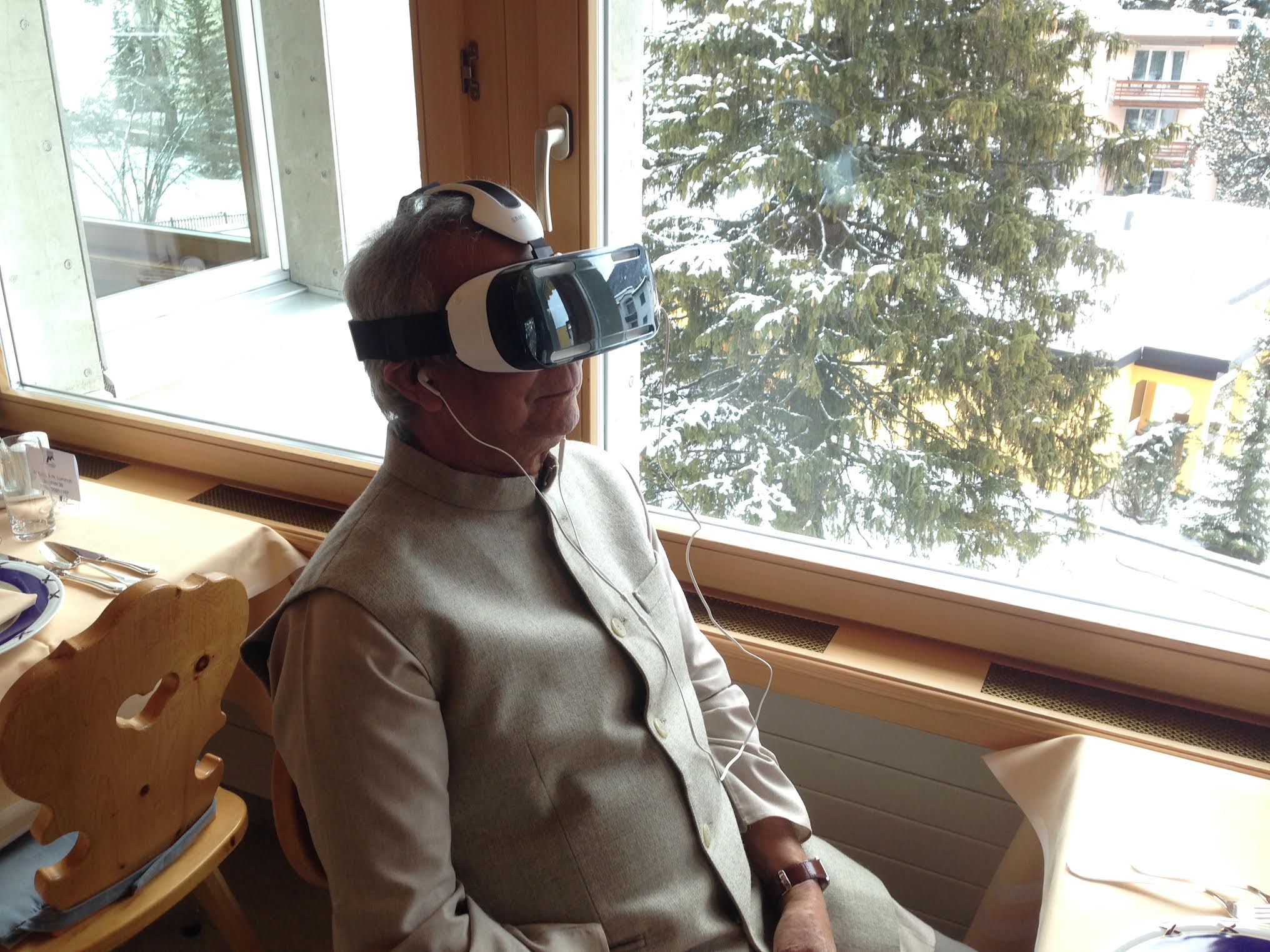 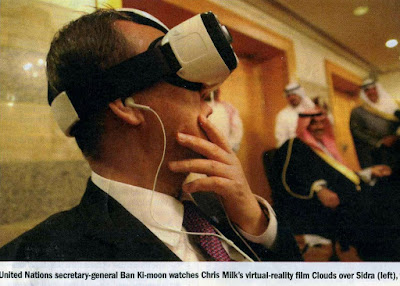 'Welcome to the Virtual World'
by
Ben Luke in The Art Newspaper
With the ground-breaking Oculus Rift virtual-reality headset hitting the mainstream later this year, a growing number of artists and museums are incorporating this and other new technologies into their work


In our last post David Hockney talked about trying to escape the rectangle - the box in which we view all images.
VR is immersive and panoramic and is ringing bells in many areas of culture - obviously gaming but also art and porn (which is always an early adopter of new tech). Being able to film content using multiple cameras means that VR could place you in the front row of any major events - music, sport, theatre, opera etc. There will be a huge number of visitor attractions incorporating VR and a blizzard of apps which, with a smart phone in a holder, can deliver things like NASA's trip to Mars and you'll be there. VR has huge educational potential and is already in use by the military.  But there's also so much more.

Today was weird. Samsung’s events are not something that usually fall under the definition of normal, but today was particularly crazy. See, I sat in a gigantic dark room filled with 5,000 other people while we watched the new Galaxy S7 phone being revealed—through a VR headset. It was terrifying and cool, but mostly terrifying.

The problem is it will just increase the number of people escaping from ER (Everyday Reality) and the amount of time they spend there. Did I really say that?


The Past, Present, And Future Of VR And AR: The Pioneers Speak