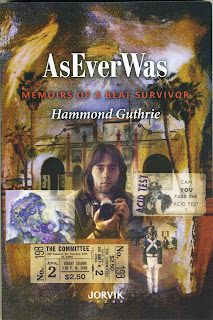 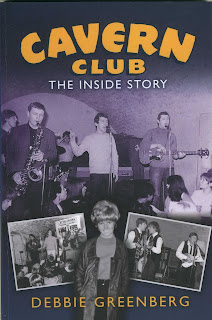 Some while back THE GENERALIST reviewed this book 'Psychedelic Suburbia' by Mary Finnigan. Following David B's death, the book became an Amazon best-seller.
See:  David Bowie and the Arts Lab Movement

The book was published by Peter Stansill through his independent company Jorvik Press which is based in Portland, Oregon.

Peter passed through London recently, we had a lengthy chat on the phone and he was good enough to send me two further titles.
'It's all about the story' is where Jorvik is coming from.

'If Jorvik Press had a motto, it would sound something like this. Our evolving mission is to publish books that tell a story about how people, places and times intersect. The result might be intriguing, evocative, heart-breaking, thrilling or, indeed, depressing. But it will always be mostly true.'

Along with David Zane Mairowitz, he edited a landmark collection entitled 'BAMN: Outlaw Manifestos & Ephemera 1965-1970', first published by Penguin in 1971. BAMN stands for By Any Means Necessary. Jorvik will publishing a new edition in 2017.

Some thoughts on the two new titles.

'As Ever Was: Memoirs of a Beat Survivor' by Hammond Guthrie is a rattling good yarn and a valuable idiosyncratic memoir which conjures up lost worlds and gives you a flavour of what it was like to be there at that time.

Having survived military college, Hammond hung out in LA  and SF in the mid 60s - post-Beat, pre-hippy time. A budding painter and writer and professional drug taker, Hammond fitted well into the bohemian scene which he brings to life so well.

He and his wife decamped to London in the mid-60s, hanging out with the late and great John 'Hoppy' Hopkins and attending the UFO club and the London Arts Lab. Moving on to Amsterdam, they live on canal boats and hang out with the boho dope world. Hammond sells paintings to the Stedelijk.

The final lengthy chapters concern the couple's entanglement with a group of drug smugglers which leads them to living in Tangiers, trying to get the five American adventurers sprung from jail.

'The Cavern Club' by Debbie Greenberg is a great street-level history of one of the world's most famous small music venues.

Debbie was in there as a young girl from 1960 onwards and saw The Beatles live many times. According to the club's resident DJ, Bob Wooler, the Beatles made 292 appearances at the club in 1961, 1962 and 1963. Amazing.

Debbie became  a Cavern Club regular and she gives us a real feel of the claustrophobic stuffiness of the original club which was damp, unsanitary and a fire hazard - but with a fantastic exciting atmosphere even though it had no alcoholic licence. Cilla Black ran the cloakroom.

When the owner went bankrupt and it looked as if the Cavern would be closed for ever, Debbie's dad stepped up to the plate and the two of them turned it around with the help of the original house team. Her dad, Alf Geoghegan was a butcher at the time with shops and an abattoir so Debbie had to take over the meat business by day and would run to the club at night, managing also to squeeze in some modelling. I had forgotten that the Cavern was re-opened by the then Prime Minister Harold Wilson.

Any band who was anything at that time made an appearance in the subterranean cellars of this great Beat Club and some of the all-nighter lineups are awesome. There were some 300 bands in Merseyside at that time.The book has a satisfying collection of photos and ephemera. This inside story is the real thing.