Lewes High Street was blocked off to traffic this afternoon for four performances of a dance extravaganza. Entitled 'The Shoe Nail Dance' it was inspired as follows:

'In 1793, Thomas Paine was tried in absentia for sedition, before a government-selected jury at London’s Guildhall. The sentence was exile, or, if he choose to set foot on English soil again, immediate imprisonment and death by hanging. Following the trial, commemorative medallions were sold in the streets celebrating the “End of Pain”, and aristocrats wore custom-designed shoe nails inscribed with “TP", allowing them to literally trample on Paine and his revolutionary ideas. ' 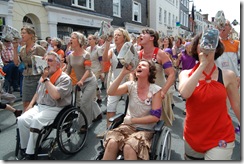 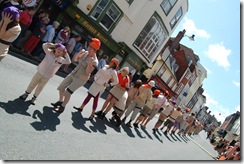 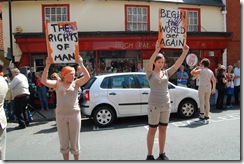 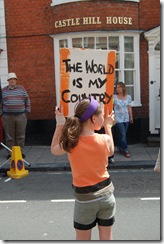 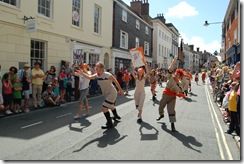 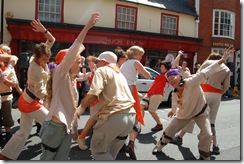 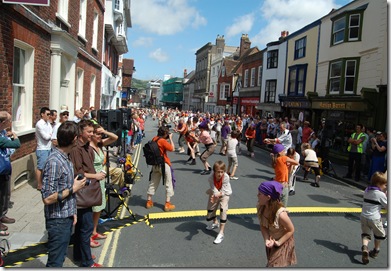 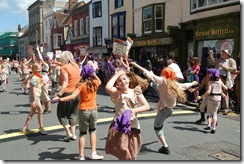