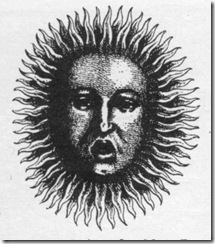 What must have been more than 400 of the great and the good - family, friends, colleagues, admirers - gathered in the unrelenting desert heat of Ladbroke Grove to celebrate the life 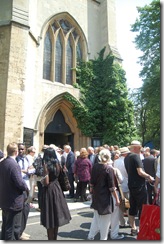 and times of John  Michell - a remarkable and lovely man, to whom many speakers paid glowing praise. [See also: JOHN MICHELL: A TRIBUTE]

Prince Charles had sent a representative. Jools Holland played a New Orleans-inspired composition he had worked on in John's presence.

Michael Horowitz spoke movingly:'When  questioned and talking about John both 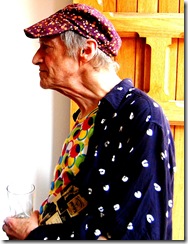 before and since his death, I've found that whenever a single word is required to characterise him, it is Visionary that springs most immediately to my mind and lips. He was forever viewing and reviewing, uncovering and discovering, tracing and replenishing the old/new continuum ­ ley lines, directions, architectures, maps and sketch-plans, ancient texts and futuristic blueprints. He was at once as quintessentially English as Blake and Hughes and that other visionary friend, Kathleen Raine ­ yet supranationalist, heart in heart and hand in hand with Tom Paine, Whitman and Ginsberg.' He also sang a William Blake song in an experimental manner.

Christopher Logue (one of our greatest  English poets, scandalously unsung) was helped to the lectern, where he delivered a short poem in a voice that resonated like thunder. 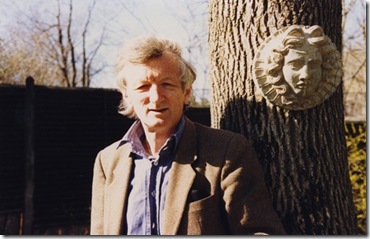 Keith Critchlow delivered the Eulogy. I took some pencil notes: He will find his place next to Goethe....birth of the Research Into Lost Knowledge (RILKO) organisation: Frederick Wybourne, Glastonbury cathedral, 'The Canon' by William Stirling....he had an aim 'to redirect the way people see the world, to effect a change in public consciousness, to change the premise of our age....Cosmology as a sacred science; the precious and sacred nature of Britain; the dimensions of Paradise.'

His son and brother both spoke in praise of him and made us laugh. Their comments are mixed-up in my notes but I think it was his son who said that John had encouraged him to accept the world as it is and not to interfere with the inscrutable, and his brother who described John as a 'conservative-anarchist' and said he trod lightly on the ground, he made you laugh and think, he saw the beauty of the world so clearly, he enjoyed the enigma of our short lives, and was quite beyond time.

It was thanks to Richard Adams, who had been John's friend and creative collaborator for some 35 years,  that the whole event happened (thanks!); he read John's great poem 'How Lord Montague Gave Stonehenge to the Freemasons'.

Candida Lycett Green said John had compiled a list of 'Good Things' which included: people who say "Hello John. How's John". She described him a kind and noble man, fearless and innocent. 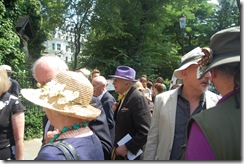 The Scots piper led us down the road to the 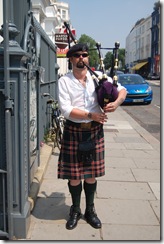 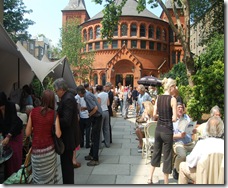 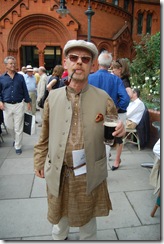 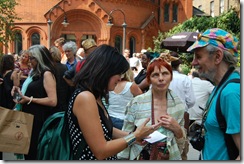