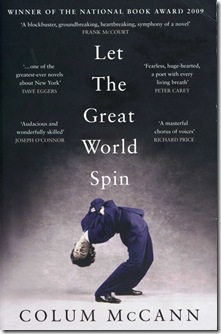 Many of you in the US will already know 'Let The Great World Spin' as it won the National Book Award in 2009 and is now up for a Pulitzer. There is to be a big push on the title this year in Europe. So what's the story?

The book is a set of interweaving narratives that dance around the central and powerful image and story of Philippe Petit, the man who walked on a wire between the Twin Towers back in 1974.

Colum McCann has a marvelous storytelling style, seductive and poetic, with no false notes. His characters are vivid and  the tone of each voice is perfectly captured. The city comes alive in his hands as does this period in US history. The cornucopia of incidents, scenes and emotions are beautifully held in balance, like a well-constructed musical score. The overpowering image and symbolism of the man on the wire gives the book a curious and unbelievable tension.

We also know what the characters don't. That seven years later, at 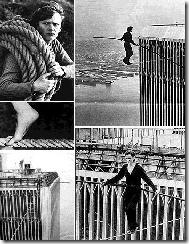 a time when Petit is writing his own account of his most famous wirewalk, the Twin Towers will be destroyed in a cataclysmic event whose shock waves continue to resonate. Powerful and affecting, 'Let The Great World Spin' is a wonderful reading experience.

According to Risky Business: 'Producer J.J. Abrams is working out a rights deal to spin a feature from McCann’s sprawling period piece. Abrams would produce, with McCann adapting the screenplay himself, at Paramount, where Bad Robot resides. The Gotham Group, which reps McCann, will produce along with Bad Robot.'  [Abrams directed and produced the recent Star Trek movie, which was excellent; for my money, the best of the whole series]. 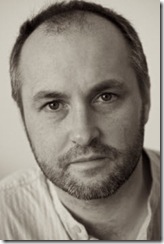 Column McCann is a very interesting writer. Read his biography here. Have ordered two other novels Zoli (about Romany culture in Europe) and Dancer (loosely inspired by the life of Rudolph Nureyev). Will report back.

The Generalist has learnt of other interesting spin-offs from the novel but am currently sworn to silence whilst negotiations are completed. You will be the first to know.

Naturally, went straight from this book to watching the Oscar-winning documentary Man On Wire which is brilliant. It is based on Petit's autobiography To Reach The Clouds (Faber and Faber) 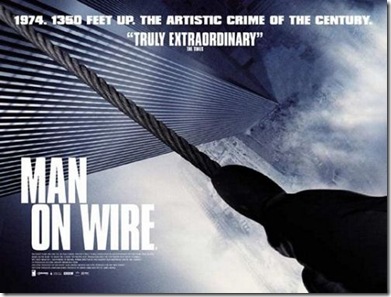 Read a great interview with Petit: 'On Top of The World' by Adam  Higginbotham [The Observer magazine/ 19 Jan 2003] 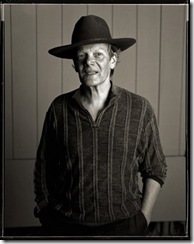 World Trade Center, strung a 60m tightrope between the Twin Towers and, watched by incredulous security guards and a crowd of gawping spectators 110 storeys below, he danced for an hour across the skies of Manhattan. In the aftermath of the towers' destruction, he has written a book about his extraordinary feat. But, as he tells Adam Higginbotham, his next 'coup', the Grand Canyon Walk, will be his greatest.' 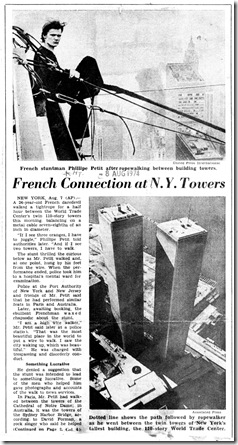 'Mr. Petit says he will perform a high-wire walk in the fall in Midtown Manhattan. It will be high, it will be long, and it will be outdoors in a very recognizable location that he does not want revealed quite yet — arrangements are not final...The walk in Manhattan is to be one in a series across the country, to raise awareness for literacy.'

* Three people successfully parachuted from the top of the towers. One was Owen Quinn. Jobless himself, Quinn did the jump to publicise the plight of the unemployed. According to 'The World Trade Center and Its Daredevils' by Elliott Feldman: 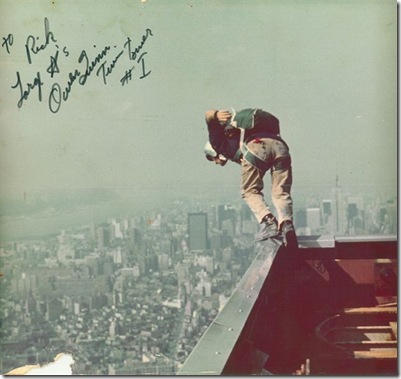 'A Vietnam veteran, Owen Quinn had parachuted out of airplanes 850 times. In 1975, Quinn and a friend, both dressed as construction workers, made their way to the top of the World Trade Center's North Tower. [This is incorrect. It was the South Tower] A parachute was hidden inside Quinn's duffel bag. When Quinn jumped, his friend recorded the event with a video camera. WTC office workers immediately called the police, reporting Quinn as a suicide victim. On the ground, the police apprehended him and he was taken to a psychiatric hospital. After 19 court appearances, Quinn's case was thrown out. Eleven years after his World Trade Center stunt, Owen Quinn parachuted into Shea Stadium during the World Series.'

- In 1981, parachutist John Carta landed on top of the South Tower

[See also: The 5 Most Mindblowing BASE Jumps In History]

* More than a dozen mountain climbers scaled the building, the most famous being George Willig. 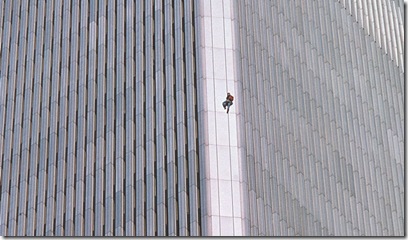 'Phillippe Petit wasn't the only daredevil back in '70s that used the World Trade Center as a stage. Today marks the anniversary of George Willig's climb up 2 WTC, the south tower, in 1977. Also known as "the human fly" or "the

spiderman," it took the mountain-climber and Queens resident about 3.5 hours to scale the building. Sport Illustrated wrote a story about the climb shortly after it took place, which you can still read here. In it Willig's brother notes that the Port Authority cops asked him "'Is George sane? Is he doing this for any political purposes? Is he going to wave signs or something? Is he doing it for a commercial reason?' I told them he was doing it for his own satisfaction, no other reason, and that he was as sane as I was, which I think confused them." His punishment? New York City Mayor Abraham Beame fined him $1.10, one cent for each of the skyscraper's 110 stories. Allegedly he signed his name on a piece of metal on the observation deck which was still visible until its destruction in 2001. Sadly, there doesn't appear to be much footage, aside from this 12-second clip (larger image of his climb after the jump).' EXTRAORDINARY PORTFOLIO OF PICTURES OF 9/11