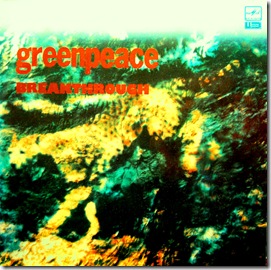 You could have knocked me down with the proverbial feather when I came across a copy of this double Greenpeace 'Breakthrough' album in a second-hand vinyl stall in Brighton. A rare item indeed and a copy missing from the Archive. And only £3. There's a long story attached; here's the short version.

Whilst working as Editorial Director of Greenpeace Books, I got involved in a couple of major record projects, this one being the most ambitious. GP's chairman at the time David McTaggart had been making numerous trips to Russia for years before, laying the groundwork for the establishment of Greenpeace Russia. Part of that deal involved negotiations with Melodiya records, the state company, for the release of this album on vinyl and tape - 3 million copies in total !!

The record was made up of 27 tracks by Western artists that had never been released in the Soviet Union. I believe all artists/record companies agreed to licence the tracks for free.

The cover of the album was produced by Neville Brody, the wunderkind designer of The Face magazine. 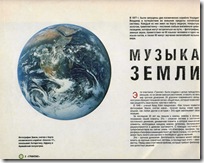 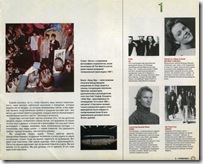 Where I came into it was when I suggested that the album should contain a booklet explaining what Greenpeace was all about. I remember sketching it out on a napkin for David McTaggart in a restaurant in Rome, where I'd flown in for the launch of the Italian Edition of the Greenpeace Book of Antarctica.

Next thing I knew, I'm on a British Airways plane flying Business Class to Moscow, in late October 1988,  to attend a trade fair for Eastern bloc record companies, at which we had a stand to promote the record.

The actual production of the booklet was a full-blown nightmare. We  had to conceive, write, translate and design the 16pp booklet, get 1 million plus copies printed and sent (by truck, plane and ship) to Moscow to a tight deadline over the Christmas/New Year holiday period. Designer Andy Gammon and I had some sleepless nights but we made it.

Many of the artists on the album flew to Moscow on a jolly to promote it and, I think, played a concert. The whole trip was filmed. 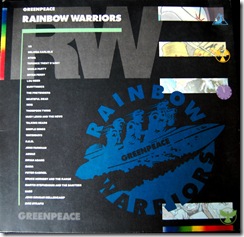 It was then decided to release the album in the rest of the world and we were involved in the whole redesign of the record package. One of our biggest contributions was to get the involvement of the legendary comic artist Dave Gibbons (of Watchmen fame) to do the inside graphics. Andy and I are credited with Sleeve Concept & Design but, at the last moment, the record company stepped in and 'The Leisure Process' redid the final front sleeve. 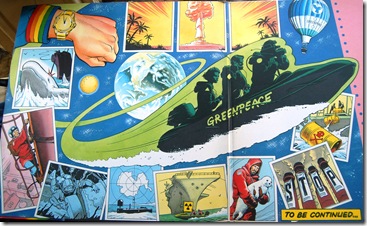