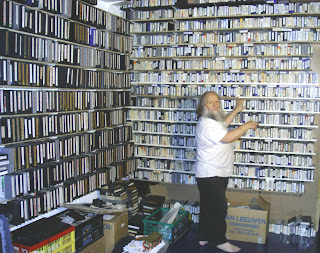 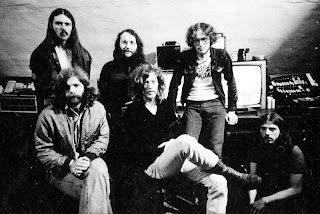 JACK HENRY MOORE is one of the unsung heroes of the 1960s/1970s youth culture revolutions. A video pioneer, he handled the sound and lights for the UFO Club and the London Arts Lab, organised the Alchemical Wedding in 1968 at the Albert Hall and established the MIkweg (Milky Way) in  Amsterdam in 1970, which became the base for Videoheads.

Jack still lives in Amsterdam in a huge archive containing 72,000 hours of video - possibly the biggest and most important archive of underground/counter-culture footage in the world. 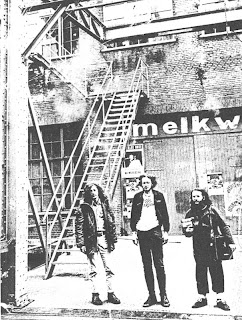 Jack (on right) with Videohead pioneers Kit Galloway and Dave Jones outside the Melkweg (Milky Way) in Amsterdam in the 1970s.

Unhappily Jack and the Archive will be evicted from their premises unless we can find 4000 Euros - as a gift or a loan - in the next 24 hours. We need your help and support urgently.


A ghostly and atmospheric video of  Pink Floyd performiong in the "RockCircus" festival in the Amsterdam Olympic Stadium, May 22nd, 1972.