Regular readers of The Generalist will know that one of the consistent features of this blog over the last seven years has been Beat Culture. I was fortunate in the 1980s to interview both William Burroughs and Allen Ginsberg but I was entranced by the Beats from my late teens onward and remain to this day a beat aficionado.


So naturally I know about Brion Gysin or at least I thought I knew until, thanks to Matthew Levi Stevens, I was turned on to this remarkable 72-minute documentary by Nick Sheehan on Gysin's life and times entitled 'FLicKeR' on the UBUWEB site - a truly amazing repository of arcane/occult/cult material in which its easy to get lost for hours - be warned. 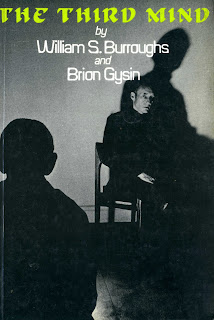 Gysin's reputation has always been overshadowed by Burroughs all-pervasive presence and achievements yet it was he who invented the 'cut-up' technique that Burroughs made his own.

He also invented the Dreammachine (with the help of Ian Somerville), the first work of art designed to be experienced with your eyes closed - a radical piece of art technology capable of giving you a drugless high by stimulating the brain's alpha waves. 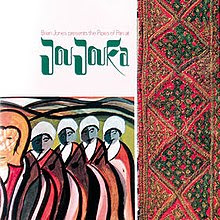 He also discovered the Master Musicians of Jojouka in Morocco, running a nightclub where they played regularly, and enabled Brian Jones to make a legendary recording of them. [I have a rare if slightly battered copy of the original 1971 vinyl release on Rolling Stones Records - now a collector's item. Just discovered it was rereleased in a deluxe package in 1995.


Trailer for a film enitled 'The Master Musicians of Joujouka Brian Jones 40th Anniversary Festival 2008', directed by Daragh McCarthy. Not clear wjhether it has been released yet.

What I didn't realise before was his accomplishments as an artist. At the of 17 he joined the Surrealists but his work, which was inclued in a major Surrealist show that also featured work by Picasso, was withdrawn at the last minute after Andre Breton expelled the young man from brotherhood. His in-depth study of Japanese calligraphy and Islamic art lie at the roots of his visual expression.


The film includes contribution from such luminaries as Iggy Pop, Marianne Faithful, Kenneth Anger, Genesis P. Orridge, Thurston Moore of Sonic Youth, and John Giorno amongst numerous others, and contains remarkable archive footage. Its a stunning production but - be warned - this is not for the faint-hearted or for those prone to a reaction from flickering lights.


Extraordinary to discover that a) at one point Phillips the electronics company were interested in the Dream Machine and that b) W. Grey Walter, the cybernetics pioneer, was also interested in the 'flicker effect' and its stimulation of the brain waves.


As if this film was not enough to take on-board, Gysin's work is further illuminated by a wonderful website that provides a valuable showcase of his life and achievements: http://briongysin.com/


So I now understand Gysin in a larger way I think that we are only now beginning to really grasp what an important figure he was - or rather is  - because his work continues to have a huge influence.

Gysin remains an illusory figure with many identities and personnas who operated at the meeting point between science and art, the occult and the arcane, blending cultures, exploring other dimensions. In the same way that Marcel Duchamp influenced developments in modern art, Gysin's thoughts, artworks, projects and ideas permeate the networks of our electronic culture. He and Burroughs anticipated the Age of Control we live in and devised tools and methods to subvert it and gain true enlightenment.

The work of Matthew Levi Stevens and his partner Emma Doeve can be found at http://whollybooks.wordpress.com/

Stevens' booklet 'The Forgotten Agent & The Magical Universe of William S. Burroughs', describing his own experiences in the 'Chaos Magic' scene of the 1980s and his meetings with Burroughs and Gysin, is available for purchase from the site.


A major documentary on The Beat Hotel is due for release at the end of this year. More details on the Gysin site and here: http://www.thebeathotelmovie.com/

For the full list of Previous Posts on the Beats, see The History of The Beats. This post is also tagged under Beats.
at 11:10 am

Glad you enjoyed 'FLicKeR' - and Thank You for your kind words of recommendation, John!
Readers may just be interested in my piece 'Apprentice to an Apprentice: The Perilous Passage of Terry Wilson' - which of course talks about his friendship with Burroughs & Gysin - and can be read here: http://www.beatdom.com/?p=1838
Yes, W Grey Walter was very much 'the man' on flicker research: his book 'The Living Brain' was in fact Ian Sommerville's main source on alpha rhythms when developing the Dreamachine.
Oh, one small point-of-order: Emma's surname is 'Doeve' - but bless you for mentioning us at all!
Best Wishes for Now: MLS

Here's a little backdrop that will shed some light on how the Master Musicians of Joujouka captured Gysin's imagination.

Here is where western rock n roll takes you for a fleeting finale - the subversive edges of the Velvet Underground's white noise, the nail biting frenzy of Radiohead's symphonic shrieks, the junk like rush of the Jesus and Mary Chain.
But this is no finale.
What is a crescendo for western rock n roll is a mere point of departure for this crew.
The Masters, who range in age from 40 to 80, are just kicking off.
And when it all gets too much, when you think you can't take any more, that's precisely what you get.
Then more and more and more.

This is the oldest sound you have ever heard. This is most modern sound you have heard.
This is rock and roll. This is religion. This is political. This is freedom. This is ecstasy.
This is sonic jewelry forged in front of your blinking eyes

Your mind screams 'stop, stop, enough' and yet some unknown voice inside screams 'more, more, faster, faster'.
This is fucking psychiatric. This is orgasmic.